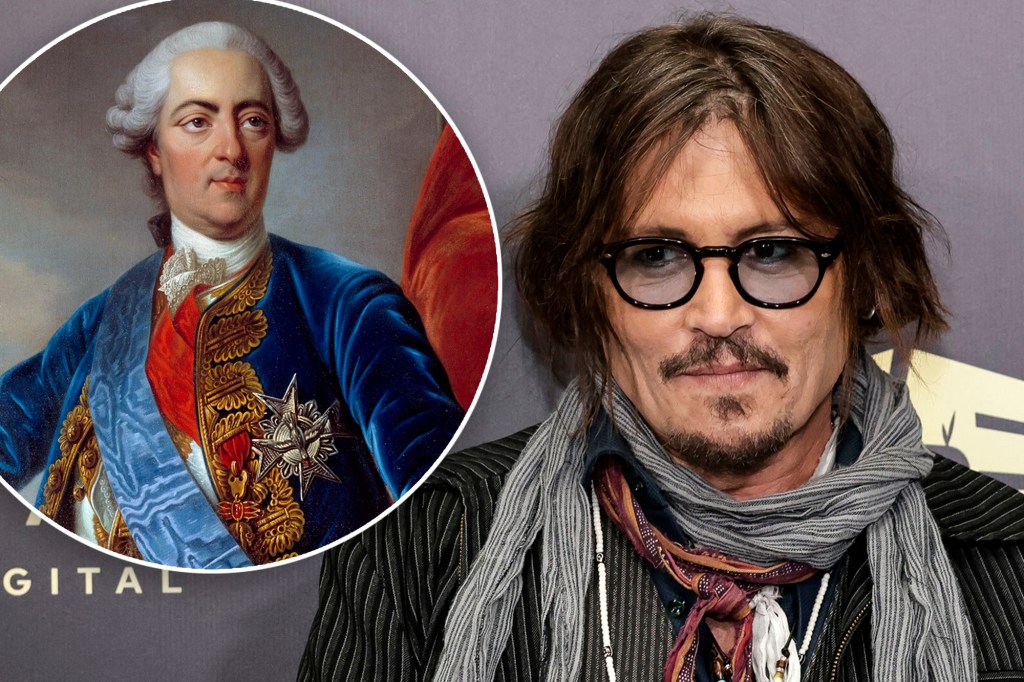 Hopefully Depp’s career will end in more dignity than his character’s.

Johnny Depp, 58, has been tapped to play French King Louis XV in a new film by French director Maiwenn, marking the fraught actor’s first role since being “cancelled” amid abuse allegations. The casting bombshell came to light via a recent article by French website Satellifax, Variety reported.

The period drama’s title and plot have yet to be revealed. However, the flick will reportedly follow the life of the controversial French monarch, who was nicknamed “the beloved” and ruled for 59 years — the longest reign in France’s existence since Louis XIV.

Despite his benevolent reputation, the king’s reign ended in disgrace and debauchery, not unlike that of his grandson and successor Louis XVI, who was executed following the French Revolution.

Meanwhile, director Maiwenn will star as Louis XV’s mistress opposite Depp, while the project will be produced by Pascal Caucheteux and Gregoire Sorlat’s Paris-based Why Not Productions, Variety reported.

Slated to start production this summer, the film will be shot over three months at Versailles and other iconic Parisian landmarks.

Depp’s career has been in flux ever since getting accused of domestic violence by ex-wife Amber Heard. In 2020, the “Donnie Brasco” actor was fired from “Fantastic Beasts 3” after losing his libel case against the Sun, which he’d sued for calling him a “wife-beater.”

The star’s most recent appearance was in Andrew Levitas’s 2020 film “Minamata,” a movie about war photographer W. Eugene Smith. However, the film has yet to see a release in the US.