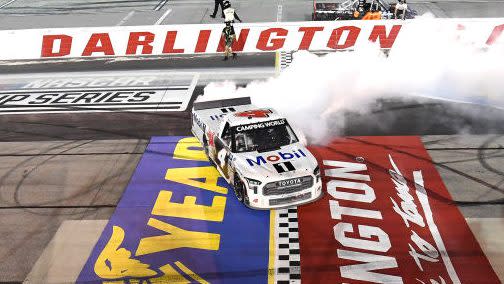 Nemechek, who led a race-high 69 of 149 laps, held off Carson Hocevar on an additional time restart. Hocevear mentioned his truck suffered electrical points after the restart, and couldn’t problem Nemechek on the ultimate lap. Hocevear, who seeks his first profession collection win, completed second for the second race in a row. He did win the second stage Friday.