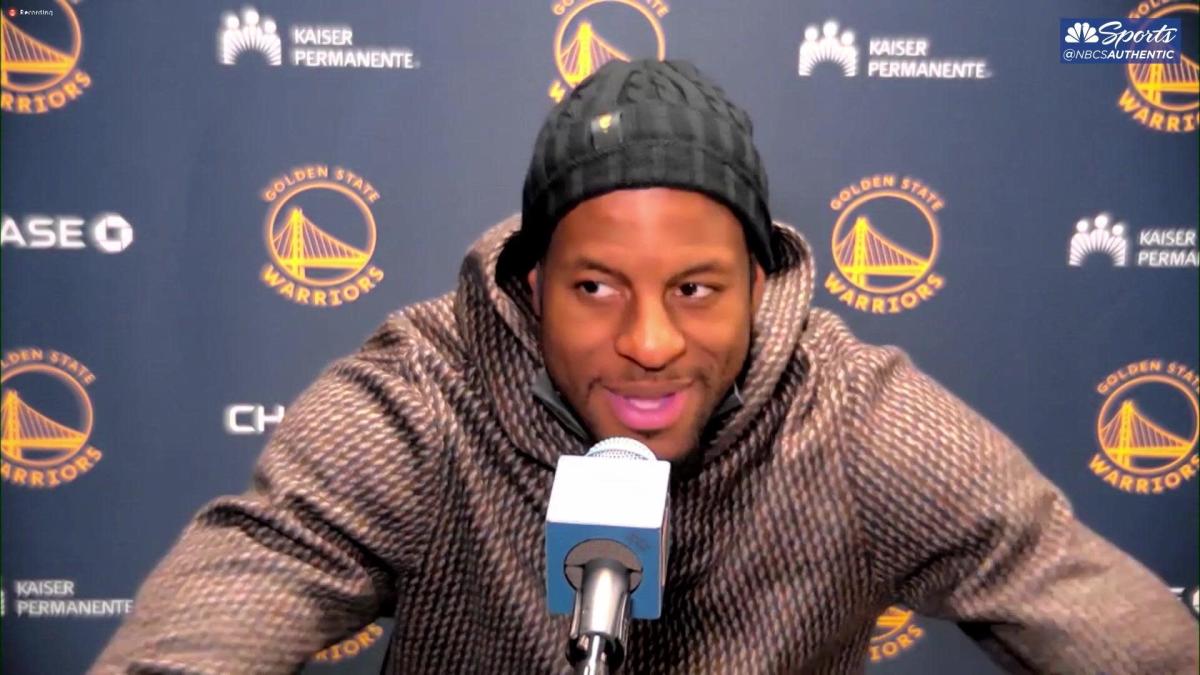 Wiggins’ five 3-pointers helped him finish with 27 points, including 24 in the first half alone, on 11-for-20 shooting and grabbing six rebounds during the Dubs’ 111-107 win over the Boston Celtics Friday night at TD Garden.

This season, Wiggins is averaging career-highs in field goal percentage and 3-point percentage, averaging 18.4 points and 4.5 rebounds for the Dubs.

But Wiggins’ performance on the court meant little to Iguodala, who joked about what really sold him on the 6-foot-7 small forward.

“We had a common teammate, Jimmy Butler and Jimmy Butler had nothing but amazing things to say about Wiggs,” Iguodala told reporters Friday night. “He really liked playing with Wiggs and that was all I needed to hear, to be honest, cause Jimmy doesn’t like anybody. So when Jimmy said he liked Wiggs, I started kinda looking at it different.”

Wiggins and Butler played together with the Minnesota Timberwolves during the 2017-18 season.

Two years later, Butler was in South Beach with the Heat where Iguodala teamed up with him shortly after.

And of course, Iguodala and Wiggins are now in Golden State as part of a 24-5 Warriors team — and apparently enjoying every moment of it.