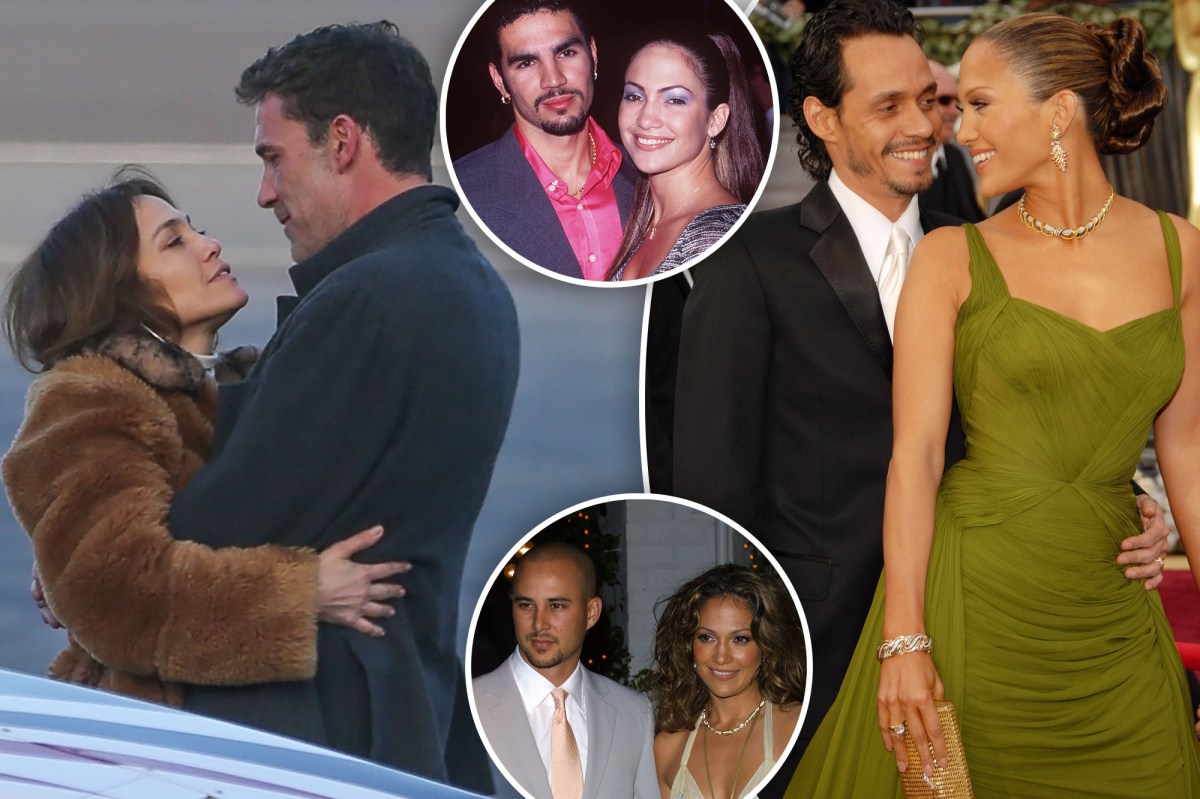 The “Wedding Planner” thinks she has one more in her.

Jennifer Lopez who’s been dating her ex-fiancé Ben Affleck since April — told “Today” Thursday that she still believes in marriage, despite having been divorced three times.

“I don’t know, yeah, I guess,” she said when asked if she would consider heading down the aisle again, admitting she’s a “romantic” and always has been.

“I still believe in happily ever after, for sure, 100 percent.”

“If you can’t laugh at yourself and just take it as it comes — I just don’t think about those things,” Lopez said. “I feel like I’m a human being like everybody else. I’ve had my ups and downs, I’ve made mistakes and I’m really proud of where I’ve come to in my life and who I am as a person, as a mom, and as an actor and as an artist. So yeah, it’s OK, everybody’s got that.”

The multi-hyphenate reconciled with Affleck following her split from former Yankee baseballer Alex Rodriguez. She married her first husband, actor Ojani Noa, in 1997, splitting by 1998, and moved on to choreographer Cris Judd, to whom she was married from 2001-2003.

She then married fellow singer, Marc Anthony, in 2004. The couple shares 13-year-old twins, Emme and Max, but went on to divorce in 2014.

In addition to her ex-fiancés, Lopez has had a host of celebrity boy toys. She dated Sean “Diddy” Combs from 1999 to 2001, a relationship both marred by allegations of infidelity by Combs and dragged into the courts in connection with a December 1999 shooting at Club New York.

She later went on to date Casper Smart for two and a half years: Smart’s alleged sexts with two transsexual models ended that relationship in 2014.

Drake even landed a few dates with the beauty, but insiders have posited their brief courtship was most likely a PR stunt.