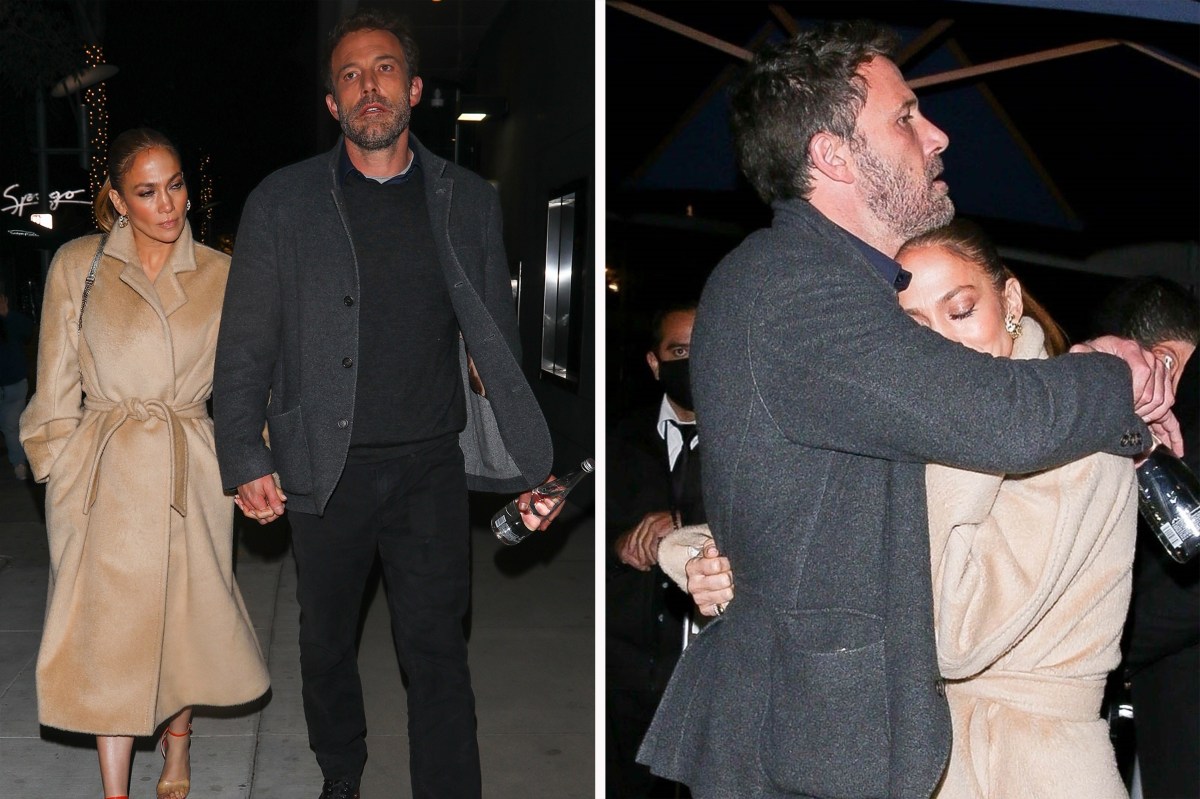 Ben Affleck and Jennifer Lopez couldn’t seem to keep their hands off of each other during a romantic date night in Beverly Hills on Saturday.

After eating dinner at celeb chef Wolfgang Puck’s Spago bistro, Affleck, 49, tightly wrapped his arms around Lopez, 52, to keep her warm as they waited for their car to arrive from valet.

The “Hustlers” actress seemed to appreciate the gesture, at one point resting her head on Affleck’s chest with her eyes closed as if she could go to sleep right then and there.

Both stars were dressed warm and cozy for the outing, with Affleck sporting a dark gray jacket and Lopez looking chic in an ankle-length tan coat.

Affleck also appeared to be holding a bottle of sparkling water as he kept his arms around his girlfriend.

Bennifer 2.0’s date night comes just days after they reportedly spent Thanksgiving together – their first time celebrating the holiday together since their 2004 split.

“Jennifer flew back to LA from Vancouver to celebrate Thanksgiving with her kids and Ben,” an insider told People about the couple’s holiday, adding that she’s had an “intense” few weeks working on her upcoming Netflix thriller, “The Mother.”

The insider also revealed that Affleck not only spent time with Lopez and her 13-year-old twins, Max and Emme, but he also spent time with his ex-wife, Jennifer Garner, and their three children: daughters Violet, 15, and Seraphina, 12, and son Samuel, 9.

Unfortunately, none of the stars shared any snaps from their holiday celebrations together on social media just yet.