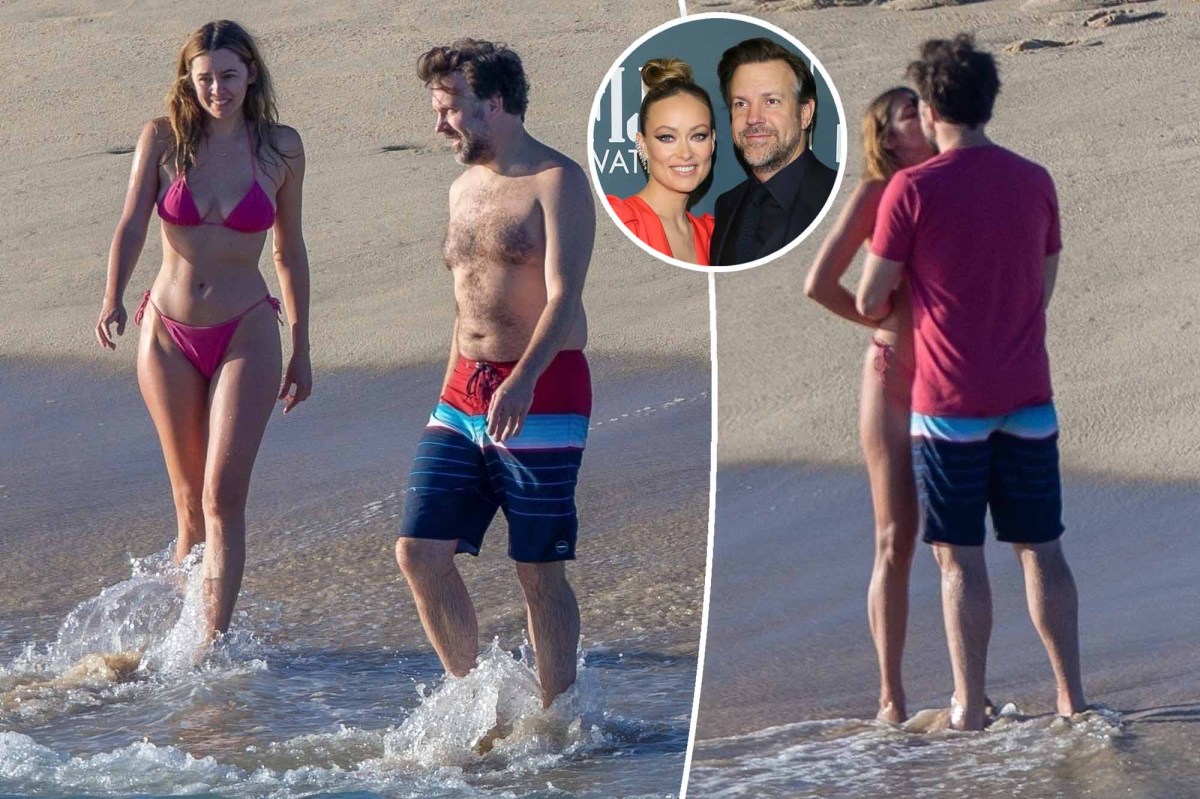 He keeps lassoing her back into his life.

Jason Sudeikis and Keeley Hazell were caught kissing on a beach in Cabos San Lucas, Mexico, on Monday — despite sources denying for months that they were a couple.

A source previously told us the actors are just friends after being spotted on a hike together in September, but this time the proof is in the PDA.

Sudeikis, 46, was seen putting his arms around the waist of a bikini-clad Hazell, 35, as she looked up at him for a little smooch.

The “Ted Lasso” star and the British model were also photographed tightly embracing each other and going for a stroll on the sand.

Reps for the rumored couple did not immediately respond to Page Six’s requests for comment on their relationship status.

However, a source confirmed to People on Wednesday that the Hollywood duo are “casually seeing each other again.”

It’s been a year since Sudeikis has been back on the market.

Last November, he and the mother of his two kids, Olivia Wilde, broke off their seven-year engagement.

A source told The Sun at the time, “When Jason found out about [Olivia] and Harry, Keeley was one of the people whom he turned towards. During this time he was understandably devastated, but she was brilliant and incredibly supportive.”

In March, sources explained that Sudeikis was still “heartbroken” and not ready for a new relationship.

However, by June, the former “Saturday Night Live” star and the Page 3 model appeared to grow even closer as they walked arm in arm in New York City.

Hazell rocketed to fame in the UK when she won a tabloid model-hunt contest at the age of 17, though she was too young to take part in the contest’s proposed racy shoots. No longer a minor, she went on to win the Sun’s Page 3 Idol contest in 2004 and modeled for years before turning her attention to acting at the age of 22.

Hazell and Sudeikis actually met on the set of Jason’s “Horrible Bosses 2” in 2014, in which she played the role of Chris Pine’s character’s assistant. (Sudeikis’ character’s reaction when she walks into the room: “Jesus f–king Christ.”)

She’s gone on to have a role alongside him in “Ted Lasso” — as Bex — though, somewhat confusingly, the show also has a character named after her, Keeley Jones, a model, played by Juno Temple.