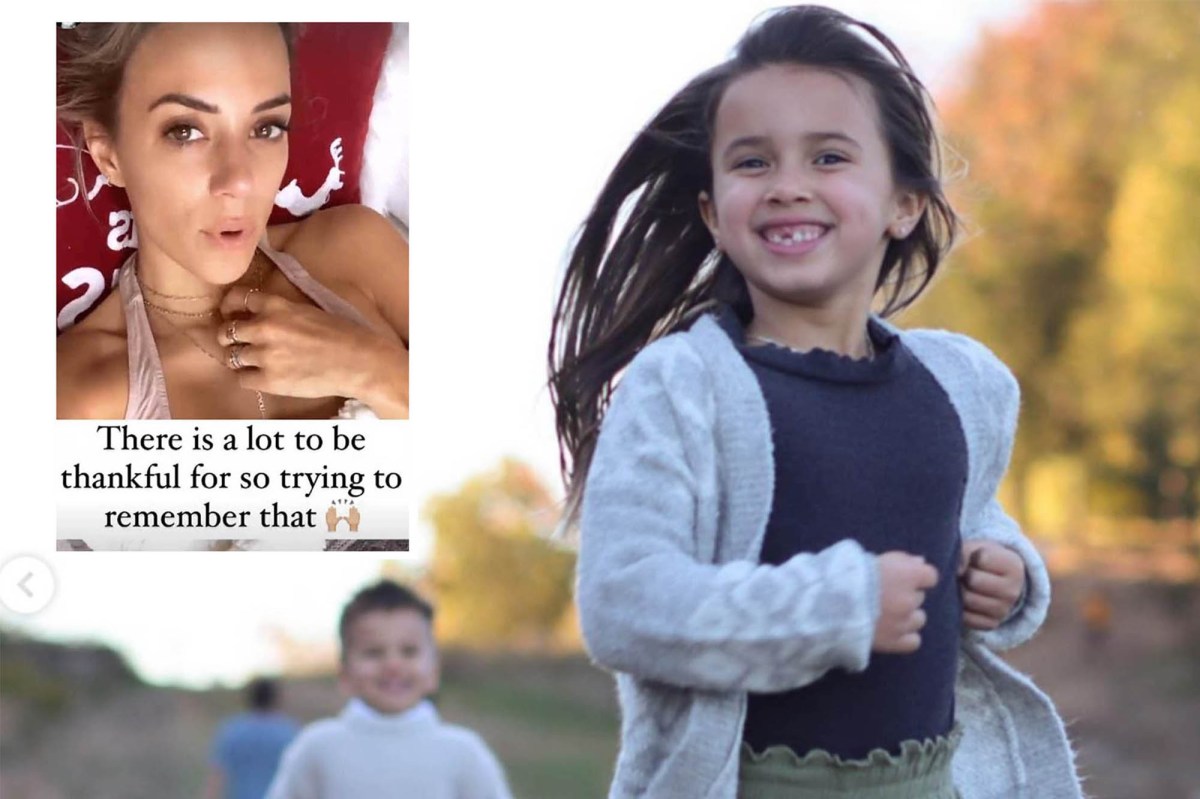 Jana Kramer is struggling on her first Thanksgiving without her kids following her divorce from Mike Caussin.

“I’m beyond thankful for my beautiful babies,” the “Whine Down” podcaster shared on Instagram Thursday. “My heart hurts not being with them today and I have a feeling whether it’s the first holiday apart or the 30th there will always be an ache in the heart.”

In an attempt to focus on the positive, Kramer, 37, added, “BUT How grateful and thankful I am that I’m their momma.”

“Thinkin of all the others that are having a ‘first holiday of loss or missing’ or just a difficult time,” she concluded. “Let it out and then let’s eat and drink our feelings 😂😂.”

The “One Tree Hill” alum also shared emotional videos on her Instagram Stories, writing over them, “Happy Thanksgiving. I knew today was gonna be hard not having my kids but … there is a lot to be thankful for so trying to remember that.”

After wiping away a few tears, she said, “I’m going to go for a run and count my blessings because there is a lot to be thankful for. But, I also think it’s OK to feel the feels.”

The “Voices” singer reiterated in a third video, “Just know it’s okay to show emotions. But when ur done get up and focus on what you’re grateful for.”

“The holidays aren’t always easy for everyone,” she concluded in the clip. “Especially if you’re having a ‘first.’”

Kramer separated from Caussin, 34, in April after almost six years of marriage.

The country singer has alleged that the former NFL player had cheated on her again. He admitted to being unfaithful a few years ago when he spent time at a treatment facility in 2016 and became “comfortable with owning the fact that I am a sex addict.”

“I’ve fought, y’all. I’ve loved hard. I’ve forgiven,” Kramer shared following their most recent split. “I’ve put the work in. I’ve given everything I have, and now I have nothing else to give.”

They finalized their divorce in July and Kramer requested joint custody of their two kids, Jolie, 5, and Jace, 2.

On Thursday, friends and followers sent the mom uplifting comments: Former “Bachelorette” DeAnna Pappas Stagliano, for instance, commented, “Happy Thanksgiving. What precious angels He has blessed you with.”