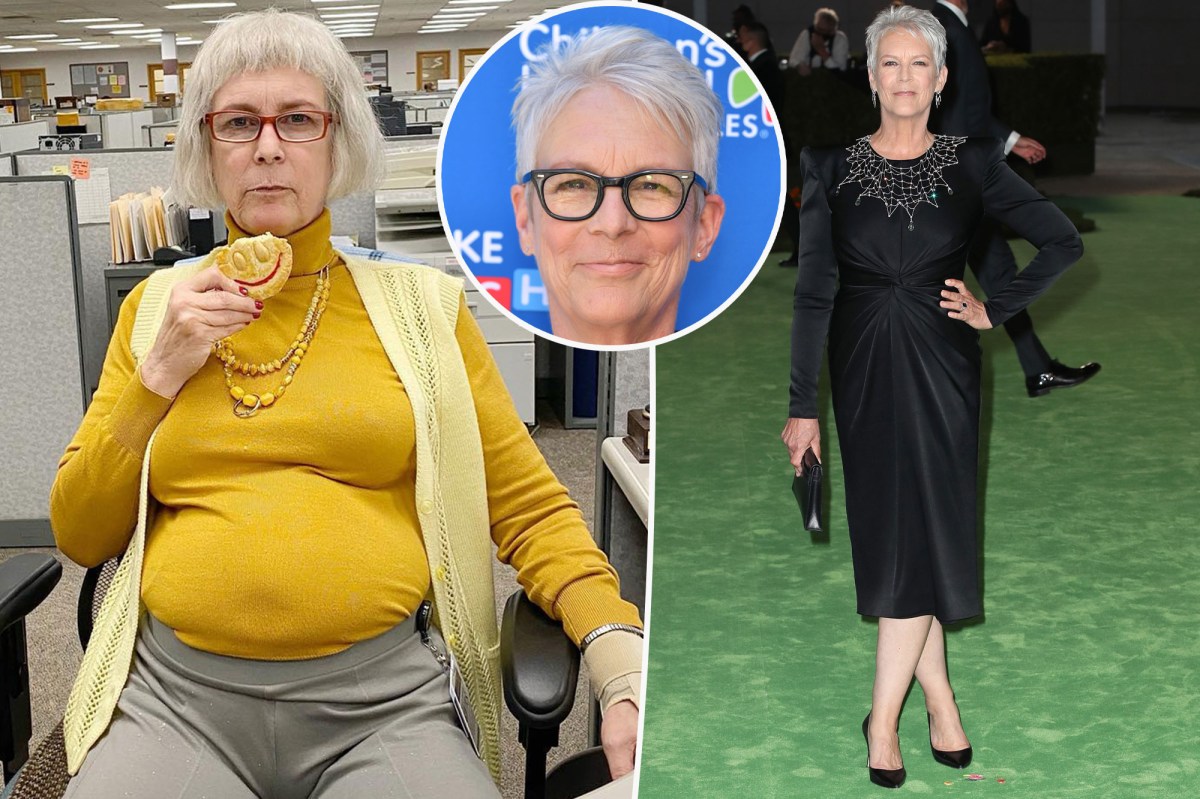 Jamie Lee Curtis is done “sucking her stomach in” and is now releasing “every muscle I had that I used to clench to hide the reality.”

The OG scream queen revealed that in her upcoming film, “Everything Everywhere All at Once,” she refused to conceal anything about her appearance.

“In the world, there is an industry — a billion-dollar, trillion-dollar industry — about hiding things. Concealers. Body-shapers. Fillers. Procedures. Clothing. Hair accessories. Hair products. Everything to conceal the reality of who we are.” she wrote in a lengthy Instagram post Thursday alongside a still of herself in the movie, in which she plays an IRS auditor named Deirdre Beaubeirdra.

Curtis, 63, explained that she told everyone involved in production that there would be “no concealing of anything.”

“I’ve been sucking my stomach in since I was 11, when you start being conscious of boys and bodies, and the jeans are super tight,” she wrote.

“I very specifically decided to relinquish and release every muscle I had that I used to clench to hide the reality. That was my goal. I have never felt more free creatively and physically.”

The “Halloween” star was met with instant praise from fellow actors and fans.

Niecy Nash posted a series of praising hands emojis, while a fan wrote, “We are such a foolish culture, This is brave – though it shouldn’t be. Brava!”

Another admirer added, “I love and respect you more than ever!!!!”

The actress — whose parents were “Some Like It Hot” star Tony Curtis and “Psycho” star Janet Leigh — grew up in the spotlight constantly showing off a toned figure.

One of her most famous scenes was the striptease seen in the 1994 film “True Lies,” which Curtis previously called “the most badass I’ve ever felt on the job.”

“It was a powerful experience that nobody else could take credit for — it was just me, the music, three cameras, and approximately 100 dudes,” she told InStyle earlier this year.

Curtis, who has been married to Christopher Guest since 1984, ended her post on Thursday telling fans she can’t wait for them to see the film and the “brilliance” of her co-stars, which includes Michelle Yeoh, Ke Huy Quan and Stephanie Hsu.