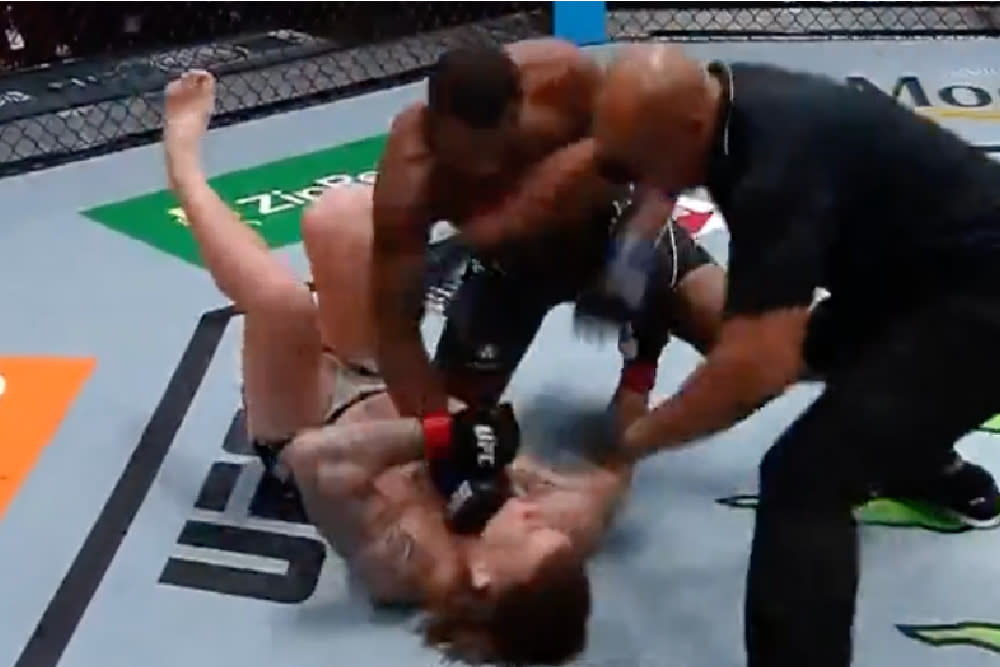 Jamahal Hill rebounded from his first loss in devastating fashion Saturday when he finished Jimmy Crute in the UFC on ESPN 31 featured bout.

Hill (9-1 MMA, 3-1 UFC) didn’t need long to find his target early in the light heavyweight matchup, which took place at the UFC Apex in Las Vegas. He dropped Crute (12-3 MMA, 4-3 UFC) in the opening moments and nearly got a stoppage, then waiting again to land the exact same check right hook to finish the job just 48 seconds in.

Check out the replay of Hill’s brutal handiwork below (via Twitter):

After having his undefeated tainted by Paul Craig in his previous outing, Hill bounced back in brilliant fashion.

“Everyone just doubted me for – I don’t know why – what are y’all saying?” Hill said in his post-fight interview with Daniel Cormier. “I was just hoping for a good fight. I know Jimmy is a tough dude. He’s unbelievable talented. I just wanted to come out and show myself. Be myself. This is me. This is what y’all get when you see me.

“I heard Paulo Costa is coming up to play with the big boys.”

Up-to-date UFC on ESPN 31 results include: