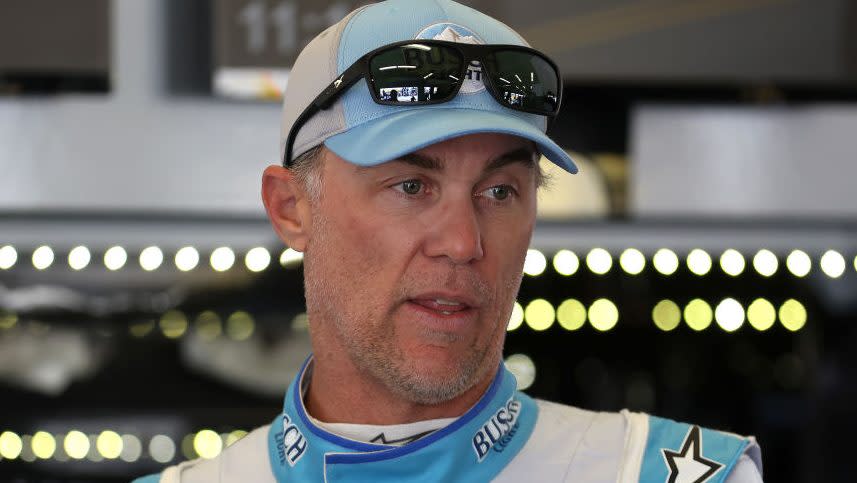 BRISTOL, Tenn. – Kevin Harvick expressed his frustration with how the dust monitor at Bristol Motor Speedway was ready for Sunday evening’s racing after he was eradicated in a crash.

After Cole Custer and Aric Almirola pitted within the opening laps as a result of mud clogged their grilles and created overheating engine situations, NASCAR threw a warning for the entire subject to pit to wash the grille and windshield on every automobile.

Harvick contended he ought to have gotten the free cross however that was awarded to Almirola. Harvick was incensed on the radio and refused to the return to the tail finish of the sphere till after NASCAR repeatedly ordered him to take action.

“The first thing I can tell you is we did a terrible job prepping the track and full of mud and there was nobody here to pack the track, so we all look like a bunch of bozos coming in to pit because we don’t know how to prep the track,” stated Harvick, who has been vocal about not wanting this occasion to be held on dust at Bristol. “And then we don’t get the lucky dog for whatever reason with two cars on pit road, and then we got run over. I don’t know who ran us over at the end.”

Here are the questions by the media and Harvick’s responses:

AFTER YOU GOT YOUR LAP BACK DID YOU FEEL LIKE? “I had a great car. The racetrack was fine. They just did a terrible job to start with. They’ve done this before, but, obviously, it doesn’t look like it.”

WILL YOU GO AND TALK TO THEM OR SAY SOMETHING? “You can’t talk to them.”

YOU MIGHT BE ABLE TO: “Might be, but if I had my choice we wouldn’t be doing this anyway.”

DO YOU THINK THIS IS SOMETHING THAT’S SALVAGEABLE? “What’s the point, really?”

THE POINT IS SOMETHING DIFFERENT AND GOING BACK TO THE SPORTS’ GRASSROOTS: “I guess the TV ratings will tell that. If the TV ratings are high, it’ll be great.”