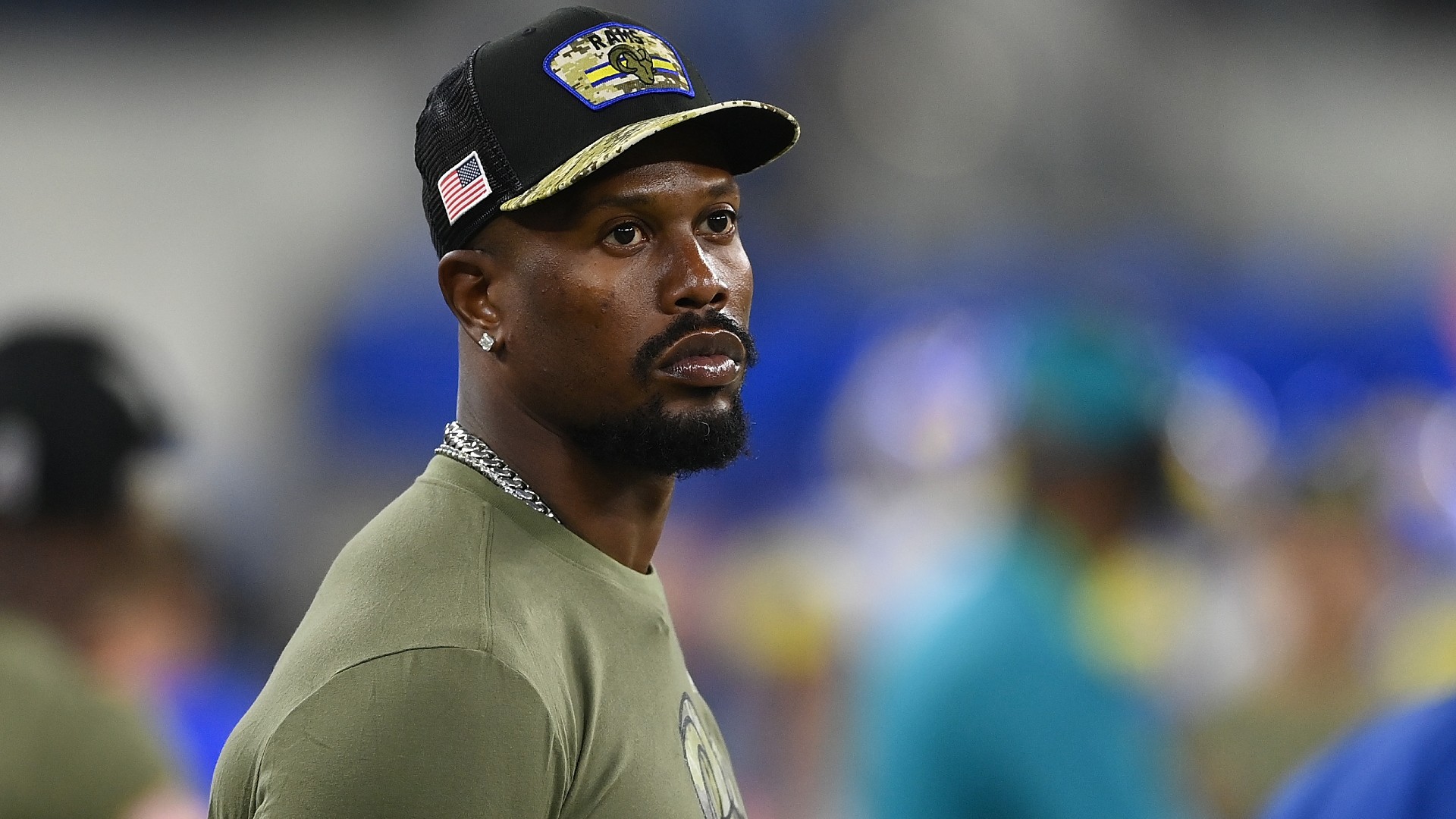 The Rams’ acquisition of Von Miller was heralded as the biggest in-season deal ahead of the 2021 NFL trade deadline, and rightfully so. Miller is a three-time AP All-Pro and one-time Super Bowl MVP who has racked up 110.5 sacks — good for 36th-most in NFL history — and is expected to be a fearsome partner for perennial All-Pro defensive lineman Aaron Donald.

However, Rams fans have yet to see that come to fruition. Miller is dealing with an ankle injury that held him out of his last game with the Broncos. It also caused him to miss his potential Rams debut against the Titans.

And heading into the Rams’ Week 10 tilt with the 49ers, it sounds like Miller’s status is up in the air once again.

Miller is officially listed as “questionable” for the Rams-49ers game on “Monday Night Football,” but ESPN’s Adam Schefter reports that the Rams won’t play Miller until they believe he’s “close to fully healed.”

Why is Los Angeles being so cautious?

“Miller’s ankle injury was worse than the Rams suspected when they acquired him from the Broncos earlier this month for second- and third-round draft picks,” Schefter wrote. “The Rams held Miller out of last Sunday night’s game against the Titans and were undecided Saturday on his status vs. the 49ers.”

While Miller’s status is still to be determined, Rams coach Sean McVay sounded optimistic about him playing during a Saturday news conference.

“Unless there’s any setbacks, I expect Von to be ready to roll,” McVay said.

Still, the Rams’ cautious approach is a sensible one. After all, they are sitting at 7-2 entering Monday night’s game. That marks the second-best record in the NFL.

That said, it’s worth noting that they are a half-game back of the Cardinals (8-2) in the NFC West race. So, while they may be well on their way to earning a playoff bid this season, they still need to do what they can to win now and keep pace. Having Miller available would certainly help that cause.