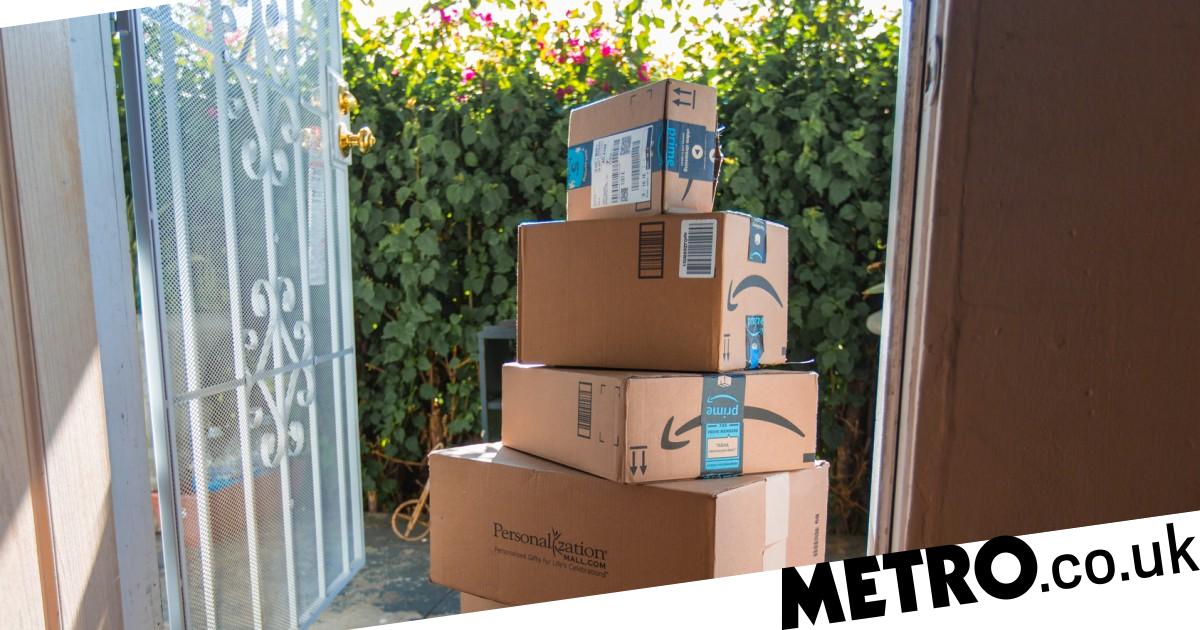 Today is Black Friday, a day typically full of mad dashes to secure top-notch deals and, in some cases, eye-watering discounts.

Been eyeing up a new 4k smart TV? A new coat? A new sofa or coffee table? Perhaps you’re simply desperate to get your hands on some cut-price Christmas gifts and toys.

Whatever the case, it’s important to make sure – before you hit Amazon or whack out the credit card – that the deal you’re getting is really worth your cash.

And that you’re not being swept up by the promise of major savings – especially if the item is something you didn’t originally need to buy or even want.

To examine whether Black Friday sales are really worth it, Metro.co.uk has spoken to some of the UK’s top analysts and consumer experts to dig deeper into the phenomenon.

Are Black Friday’s deals all hype and no substance?

The expert opinion on Black Friday is mixed. Some say the deals are worth it, while others disagree.

Shorecap retail analyst Clive Black tells Metro.co.uk that the major shopping trend is, effectively, just a cash grab by retailers – and has been ‘losing its lustre for a few years’.

He says: ‘Shoppers should be very selective about where they spend their time online with respect to both Black Friday and Cyber Monday.

‘Quite a few companies tried to sell consumers a whole load of stuff that was pre-meditated, or pre-bought specifically for Black Friday. As opposed to being a genuine sale.’

He also says that, for 2021 in particular, there won’t be a huge spread of deals at all – partly due to a serious lack of stock and shipping delays to Britain.

‘An awful lot of product – that was due to be in store and in a warehouse before now in the UK – is somewhere sitting on the sea,’ he explains.

‘Indeed, it might be sitting in a Chinese warehouse or Chinese dock and not even on the sea. And so there is a material reduction in the amount of tat that retailers can flog to consumers this Black Friday.

Thinking about future Black Fridays, Clive predicts that – as the next few years pan out – the focus will shift to sustainability.

Something buying loads in the sales doesn’t necessarily encourage, we must admit.

He explains: ‘The days of fast fashion to the point of buying stuff and not wearing it again… I think those days are coming to an end.

‘The sustainability agenda is starting to weave its way into people’s minds: “Do I really need that? Is this tat? Am I better taking someone out for a beer rather than buying [them] some tat?”

‘This has been going on for three or four years now. But there’s a changing attitude that values, relationships and experiences [matter] more than consumer goods.’

Ultimately, he reckons Black Friday’s future isn’t a bright one – but that us consumers will be the ones to make the final judgement call.

‘I think [there will] be a gradual reduction in [the] potency [of Black Friday]… I don’t see it being what it was five or six years ago. That massive, chaotic purchasing of stuff just for the sake of it.

So when is Black Friday worth it, if ever?

Beyond hype and retailers trying to make a profit, surely there must be some benefit to the consumer?

Well, yes. But you’ll need to be smart about it to make it really worth it, say the experts.

Retail analyst Clive does suggest that – if you’re barmy for a specific brand – there’s no harm in perusing their website to see what’s on offer.

‘I wouldn’t say that you that shoppers should just ignore Black Friday,’ he shares, ‘But they should be prepared to be disappointed. And if they can [find] a bargain, then: OK, fair enough.

‘Shoppers are savvy – and I think they’ve sussed that Black Friday is a lot of huff and puff and hype.

‘In terms of what shoppers know they like, they should be alive to those brands throughout the year. You tend to find there are more frequent smaller sales now than big clearances.’

Meanwhile, Latest Deals (which has a dedicated Black Friday app) co-founder Tom Church reckons there is something left in Black Friday for shoppers.

Tom tells Metro.co.uk: ‘Black Friday is typically where consumers go for technology, household appliances and furniture – and for good reason.

‘These sectors are usually where the biggest discounts are applied, so it’s a great time to pick up a new TV, set of headphones or sofa.’

But he does add: ‘Shoppers should be aware that a number of issues are impacting the UK this year, such as fewer lorry drivers, massive order delays and shipping costs hitting the roof.

‘This means that, when you do spot a bargain, it’s worth grabbing it, as it will probably be in higher demand than usual.

Ultimately: only you can decide if your potential Black Friday purchase is truly worth it. After all, it’s your own money you’ll be spending – nobody else’s.

There are a few ways to ensure you’re getting the best deal this Black Friday.

But they all involve doing your homework, so you’ll be paying not with cash but effort.

Firstly, decide in advance what you want or need to buy.

Don’t let yourself get carried away with unnecessary purchases – unless, of course, you’ve got the cash to burn!

James Andrews, Senior Personal Finance Editor at money.co.uk, says: ‘The key thing to do is to make sure you’re actually getting a bargain – not just a hyped up price cut.

‘If you are going to bag a bargain on Black Friday or Cyber Monday, don’t go in blind. Start by making a wish list and noting what the current price is for the items on it.

‘This will help you avoid buying things you don’t need just because they’re on offer. If you’re planning to do Christmas shopping, your list should answer both who you’ll buy for and what you plan to spend on each person.

‘Once you have your wish list, you can set a budget. Black Friday isn’t a day for browsing the shops and buying what strikes your fancy, it requires a strategic approach.

‘If you come across something that’s not on your list, only buy it if you’re willing to cut something else from your budget.’

If you’re looking for an expensive piece of tech like a laptop, smartwatch, gaming system or TV, ensure you know which brand, model or what specifications you need.

And think carefully about what kind of warranty or repairs it may need, James warns.

‘In terms of what items to buy on Black Friday weekend, history tells us that certain items get much steeper discounts than others,’ he says.

‘Large screen TVs can be a good purchase, but be warned, the steepest discounts are generally on mid-range TVs, rather than premium sets.

“Other good options include older generation tablets and laptops, although not usually Apple products, video game console bundles with extra additions such as games and controllers, smart home devices, headphones and home appliances.

‘Another thing to be wary of when looking at Black Friday deals are the potential pitfalls that come with the purchase. Don’t just look at the price of the item. There are useful extras that brands like John Lewis, AO and Argos offer that Amazon often don’t.

‘With items that you’ll use for years at a time, such as household appliances like vacuum cleaners or kitchen sets – you’ll want to pick up a long guarantee with your purchase.

‘The cost of repairs to some appliances can be huge, so it can be well worth paying a little bit more elsewhere to save you money in the long run.’

Cross-check if it’s really a bargain

OK, so you’re in budget, sticking to your wishlist, and you’re happy with what the item offers. What next?

Latest Deals’ Tom says you need to check the size of the ‘discount’ against the RRP (Recommended Retail Price) – using a number of sources, not just the site you’re buying off.

‘As you browse through bargains, make sure the product you’ve got your eye on is a genuine bargain – it’s worth checking the RRP to ensure it’s a real deal.’

On Black Friday itself, start looking at different retailers to see what prices are being touted, too.

Keep in mind that Black Friday might not always offer the cheapest or most reasonable deal you can do.

Which? discovered some shocking information in a 2019 investigation: 85% of products advertised in Black Friday sales were cheaper at other times of the year.

Their research found that only 1% of 219 home or technology products advertised as ‘Black Friday deals for 2019’ had been at their lowest price on Black Friday itself.

The vast majority (85%) cost either the same price or less before and after the big sale day – with a whopping 98% actually cheaper to buy after Black Friday.

Don’t let yourself fall for that hype. To check past prices on Amazon, use Camel Camel Camel to monitor when the item you want is usually at its cheapest.

Meanwhile, Price History is useful for Argos purchases – or do a wider search on various retailers using Price Spy or PriceRunner.

When it comes to the hundreds of Black Friday guides on the web, make sure you’re reading a brand you trust to give you solid advice (like this one).

Metro.co.uk has its own picks for top beauty deals, tech buys and more here.

Don’t get suckered in

And finally: if you’re feeling iffy about a purchase, it’s not the end of the world to click ‘delete basket’.

Deals often continue throughout Black Friday weekend to Cyber Monday. And the January sales are just weeks away….

James says this could be the ticket to an even better bargain, adding: ‘You can sometimes find better deals during end of season sales, Boxing Day sales or a couple of days before Christmas itself.

‘Meanwhile, some retailers discount products in the days and weeks after Black Friday to get rid of stock left over from the big event.’


MORE : Why is it called Black Friday?