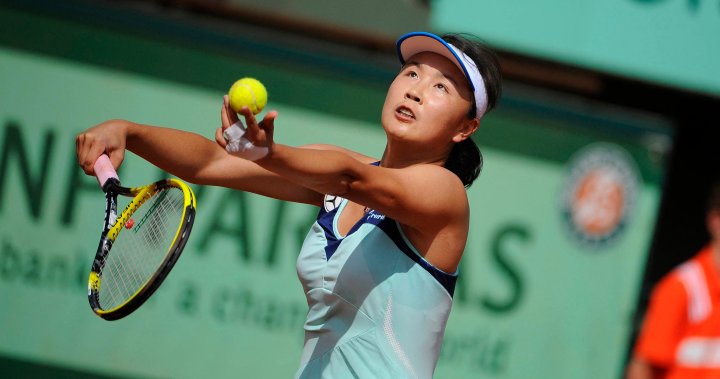 With concern over the safety of Chinese tennis player Peng Shuai growing into a global cause, the International Olympic Committee could be pushed into taking a hard line with the 2022 Beijing Olympic hosts, senior IOC member Dick Pound told Reuters.

Former doubles world number one Peng has not been seen or heard from publicly since she said on Chinese social media on Nov. 2 that former vice-premier Zhang Gaoli coerced her into sex and they later had an on-off consensual relationship.

Such is the global outcry over Peng’s safety and whereabouts, Pound said the situation could force the IOC to confront China over its human rights record.

Although the outrage is unlikely to stop the Beijing Winter Games going ahead in February, Pound would not completely rule it out.

“If that’s not resolved in a sensible way very soon it may spin out of control,” Pound, the IOC’s longest-serving member, told Reuters. “It may (force IOC into taking a harder line).

“Whether that escalates to a cessation of the Olympic Games I doubt it. But you never know.”

Neither Zhang nor the Chinese government has commented on Peng’s allegation. The 35-year-old tennis player’s social media post was quickly deleted and the topic has been blocked from discussion on China’s heavily censored internet.

The governing body of women’s tennis (WTA) has called for an investigation and has threatened to pull tournaments worth tens of millions of dollars out of China.

Even though Peng is a three-time Olympian, the IOC has given no indication it is willing to take a similar stand and risk billions of dollars in television rights and sponsorships.

“I don’t know whether we are there yet but I’m sure they (IOC executive committee) are following this to see where it is going,” said Pound, a Canadian lawyer and former Olympian.

“Action against one of its own citizens for airing a complaint about one of their higher-ups — that’s harder for them (China) to handle than the usual ‘this is a domestic matter now get lost’.”

Thus far, the IOC has declined to comment on Peng’s matter, saying it believed “quiet diplomacy” offered the best opportunity for a solution.

Pound conceded that China does not respond well to threats and negotiating with sport and government officials requires nuance.

“That would be a little harder line than the IOC would normally be taking,” said Pound, when asked if the IOC might demand a meeting with Peng.

“Where we have generated some change of attitude in the past we’ve said, ‘listen this is all out there in the public how do we respond. We can’t ignore it.’

“That, in the past, has produced some movement.

“My guess is it will be that kind of line rather than jabbing them in the chest and saying ‘do this or the world will end.’