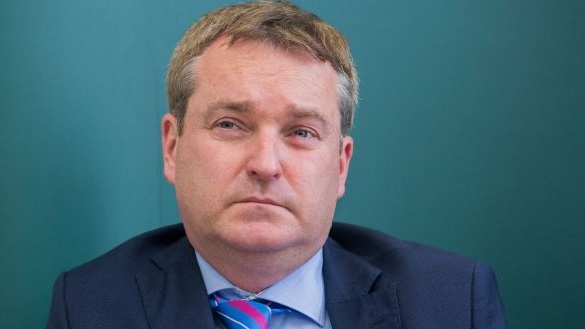 The State’s top-level appointments group should be disbanded and a new independent body should take over its role, the chair of the Oireachtas finance committee has said.

A report into the appointment of Robert Watt to the role of interim secretary general of the Department of Health, and the decision to set a €292,000 salary for the permanent job, found that the appointment was made in “ad hoc fashion”.

The committee on finance and members of the Public Accounts Committee on Thursday released the report, which is highly critical of Taoiseach Micheál Martin, Mr Watt and others.

Finance committee chairman John McGuinness said he has “serious concerns about how a small number of people who populate the boards of institutions like TLAC [Top-Level Appointments Committee] – a little known but powerful committee that selects and appoints senior civil servants – came to make such central decisions in this matter without any accountability to the Dáil or otherwise”.

He said: “It is noteworthy that when invited to come before the Committee, the Chairman of TLAC declined and sent a written submission instead.”

He said that “consideration should be given to disbanding TLAC and assigning its important duties to an independent body, comprising carefully chosen and rotating individuals, such as HR professionals”.

Mr McGuinness said that in his view the Taoiseach was “less than forthcoming regarding the Committee’s work”.

Mr McGuinness said that “many senior politicians and senior civil servants obstructed the course of the committee’s hearings. We got very little co-operation from the Taoiseach”.

He said: “Those that hold high offices, even ourselves, should be held to account. And if they don’t, there has to be consequences. In this, there has been no consequences whatsoever. In fact, the obstruction has almost been condoned by the highest political office in the land down to Cabinet level.”

Overall, he said the “amount of the increase, how it was arranged and the scant respect for transparency, accountability and responsibility evident during the Committee consideration are all matters of grave concern”.

The report found that “no formal procedures or benchmarking processes were followed in either making the interim appointment or agreeing to a salary increase of 40 per cent for the permanent appointee”.

“Operating in this manner has damaged public trust and eroded confidence in the system of public administration.”

Some 14 recommendations were made in the report including a request that people who wilfully fail to engage with an Oireachtas committee could be found to be in contempt of parliament.

It also recommended that a formal process for senior appointments, both interim and permanent, be established and followed in all instances. Furthermore it says that while verbal briefings at Cabinet may be necessary on occasion, “reliance solely on verbal briefings on details of such appointments, specifically the attached pay and conditions . . . should not be permitted”.

The committee recommends that TLAC be established as a wholly independent body that that it operates as a distinct entity outside separate from the Department of Public Expenditure and Reform.

It said membership of the new independent body should be split 60:40 between the public and private sectors, with each member having some professional experience in an applicable area, such as law or HR.

The report also recommended that the Government appoint a senior official who would have the power to discipline and sanction Secretaries General if necessary.

Social Democrats co-leader Catherine Murphy described the report as a “starting point” as committee members said the report would be now sent to all the key players so that all recommendations can be implemented.

“It is important to emphasise from the outset that there was a deviation from the regular appointment process to top level appointments in this particular case, a deviation that has real potential knock-on consequences in the way in which accounting officers are appointed and remunerated,” said Ms Murphy.

Mr McGuinness said when Mr Watt was invited to appear before the committee, “he replied with a press release, which I think is unbecoming of a civil servant in that position”.