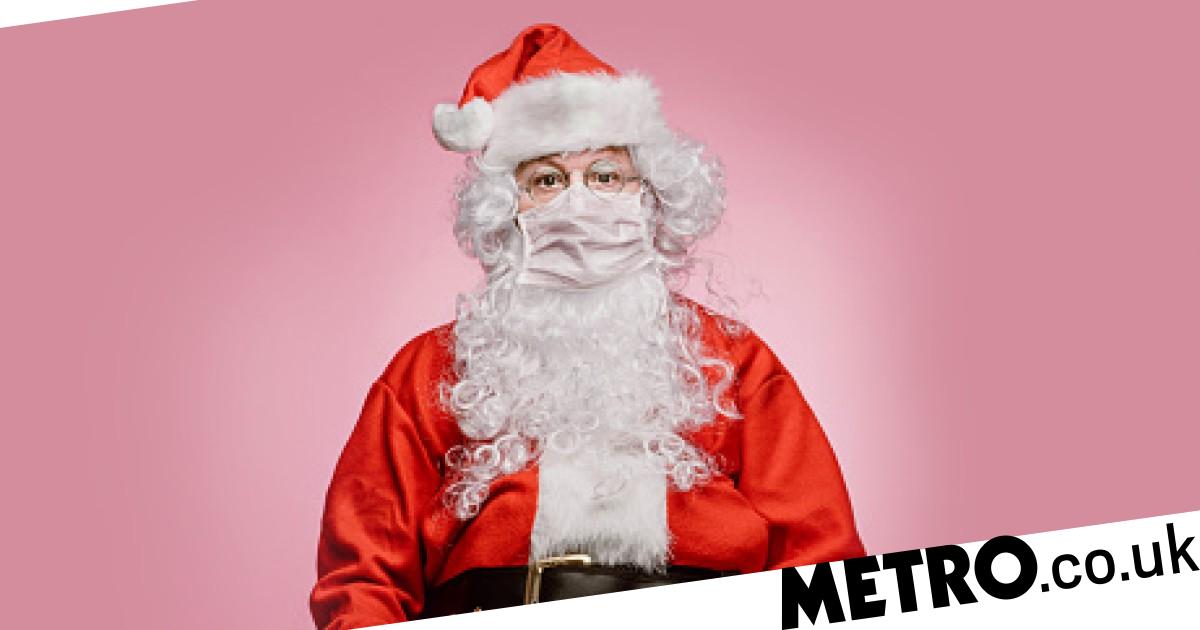 As December creeps in, I suspect Father Christmas has dropped a few bangers in his WhatsApp group with the elves and reindeer.

The ‘eyes’ emoji on the first day of December, followed by a YouTube link to ‘The Boys Are Back In Town’, a picture of him on his sleigh with the caption: ‘Anyone know how this thing works? Lol!’.

Christmas is back. And I for one am looking forward to it. Christmas’ Glastonbury-esque fallow year has made me hungrier for it than ever, especially after the mess of last year’s advent.

By last December, I was one of the few people who wasn’t particularly arsed if Christmas happened or not. Partly because I genuinely couldn’t afford it, after such a barren working year. Partly because, like this man, I’d grown a bit tired of the family politics that comes with it all.

And partly because the last Christmas I spent with my family, in December 2019, was legitimately the worst day of my life. A day so bad that by the end of it we were almost laughing at how awful it was

Arguments and bickering filled the day. My newly-pregnant and morning-sickness-filled girlfriend was in and out of the toilet vomiting, and my parents’ incontinent dog was messing the floor in the kitchen as my mum struggled to prepare a Christmas dinner for 12.

As if things couldn’t get any worse, we had to call out the vet when both the incontinent dog and my parents’ other (previously healthy) dog started to deteriorate.

Before pudding was served, both dogs had to be put down on the kitchen floor. We never even found out what had made the dogs so ill, their condition was so bad that the vet didn’t have time to investigate – all she could do was put them out of their suffering. She left us in tears and shock.

So, by December 19 2020, when Boris re-introduced lockdown measures and made it clear that families weren’t going to be able to congregate for Christmas Day, I can’t say I was devastated.

However, the situation was somewhat complicated by the fact that, by this point, I’d had Covid-19 for four days. My partner and child were back in Ireland, unable to return until my self-isolation ended… on December 25th.

I was faced with the prospect of Christmas alone. And that prospect filled me with complete and utter relief.

No worrying about what time other people want dinner (the correct time is 4 o’clock). No hassle over how other people do their potatoes (goose fat is far inferior to rapeseed oil and you’re lying to yourself if you think otherwise). No grief about when people want to open presents (stockings in the morning, the rest after breakfast – get it done to allow time for more drinking).

I flirted with the idea of trying to be altruistic, that I might spend my day helping others. I emailed a few soup kitchens but no one was really keen on employing a man with Covid to feed soup to the homeless on Christmas Day, even if I did promise to wear tinsel and a hat. Fair enough.

I compromised by agreeing to perform an online gig in aid of the charity HomeStart, with Al Murray and a few others.

But aside from that, the day was to be all about me. You spend your whole life being told that Christmas is about spending time with others – this year I only had to please myself. A day of unapologetic selfishness. As a new parent, that’s about as exciting as it can get.

Selfishness is the main thing parenthood robs you of and, whenever you see it in others, even just tiny acts of selfishness, it makes you envious. You see a couple out to dinner, ignoring each other and looking at their phones, and you wish you had the opportunity to do the same. Friends tell you about television programmes you no longer have time to watch. You miss being invited to events that you used to cancel on anyway.

I may well have gone on to enjoy that Christmas Day on my own, but the truth was that by Christmas Eve, the novelty of being alone was wearing off. I missed my partner and my kid, and my scrooge-like desire to be alone was defrosting. I missed cleaning up after them, doing things for them, being annoyed by them.

Selfishness is an easy thing to desire but ultimately it becomes boring – I’m not interesting enough to entertain myself for a whole festive calendar. I’m best in small doses and on mixed bills, hence why I perform short sets at comedy clubs and write small columns in online newspapers. You want me as part of your stocking, not your main present.

Loneliness hit. I’d managed to avoid missing my girlfriend and daughter largely by Facetiming them regularly, reassuring myself they’d have a great time in Ireland and looking forward to rewatching that FA cup final, and then, slowly, it crept up on me.

What I wanted most for Christmas was my little family and, rather than Santa Claus, it was on RyanAir to deliver them.

My girlfriend and daughter managed to get two of the last seats on one of the last flights back to London so that we could be reunited on the day my isolation was lifted.

We had our weird little Christmas together, me unable to taste the meal, my girlfriend and baby helping me to perform my online gig, eventually quietly falling asleep on the sofa with a film on in the background.

It definitely wasn’t the big family Christmas I’d planned for my daughter’s first festive season. But at the same time there weren’t two dead dogs on the kitchen floor. So swings and roundabouts really.

Maybe we’ll get locked down again this year. Maybe Father Christmas will, in his old age, have actually forgotten how the sleigh works and the space under our trees will remain bare. Perhaps that bloke on the news will get another Christmas away from his mother in law.

At least we’ll have each other. And if we don’t, we might even get a minute to ourselves.


MORE : How to survive Christmas when you’re single


MORE : How to cancel Christmas plans without feeling awkward


MORE : Sturgeon tells Scots to limit contact to three households to save Christmas