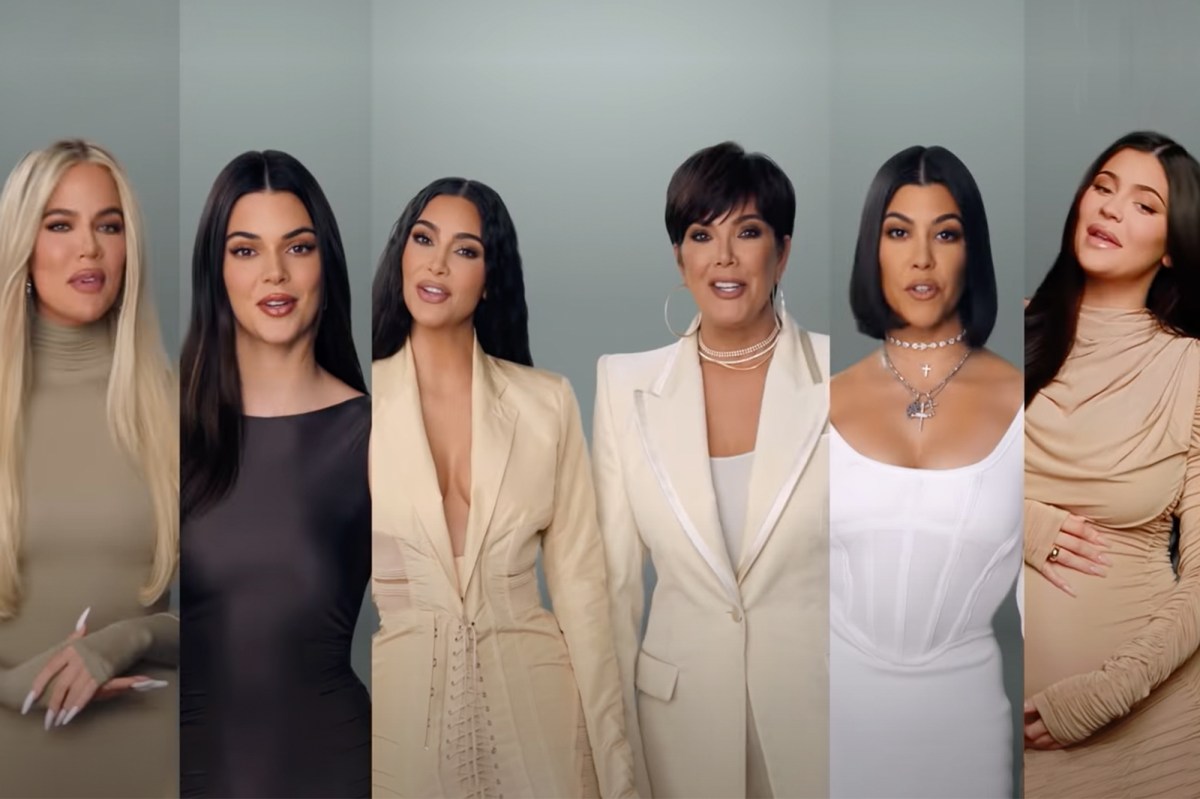 The first family of reality television is back in 2022.

Khloe Kardashian, Kendall Jenner, Kim, Kris, Kourtney and Kylie appear on the screen simultaneously, all of whom are wearing different shades of neutral colors.

“Happy New Year everyone,” they all say while looking directly into the camera.

Though the teaser is only 15 seconds long there are a few things worth noting.

For starters, Kim, 41, and Kris, 66, are not only front and center for the short clip but also appear to have filmed their quickie shot together while the rest of the women worked solo.

Kylie, 24, is cradling her pregnant belly, suggesting we’ll be seeing some of her journey through the second pregnancy in the new series.

Kourtney, 42, is definitely back for more despite the fact she not only stepped away from “Keeping Up with the Kardashians” in the past but has also been called out by Khloe for not giving as much of her life to the so-called family business.

Fans were also quick to speculate that Kourtney did not look as happy to be filming again as the rest of the family.

“It’s Kourtney looking over it for me. I can’t wait for this show to start,” one fan wrote along with a retweet of the teaser.

“Kourtney looked like Kim had a gun pointed at her forcing her to do this promo,” another wrote, adding several laughing emojis.

“Kourtney is not feeling this lol,” added another.

It remains unclear if Kourtney’s relationship with Travis Barker — especially their engagement and upcoming wedding — will be a part of the series.

Though not shown in the trailer, Kourtney’s ex, Scott Disick, will also appear on “The Kardashians,” as Page Six previously reported.

A premiere date has yet to be revealed for “The Kardashians.”