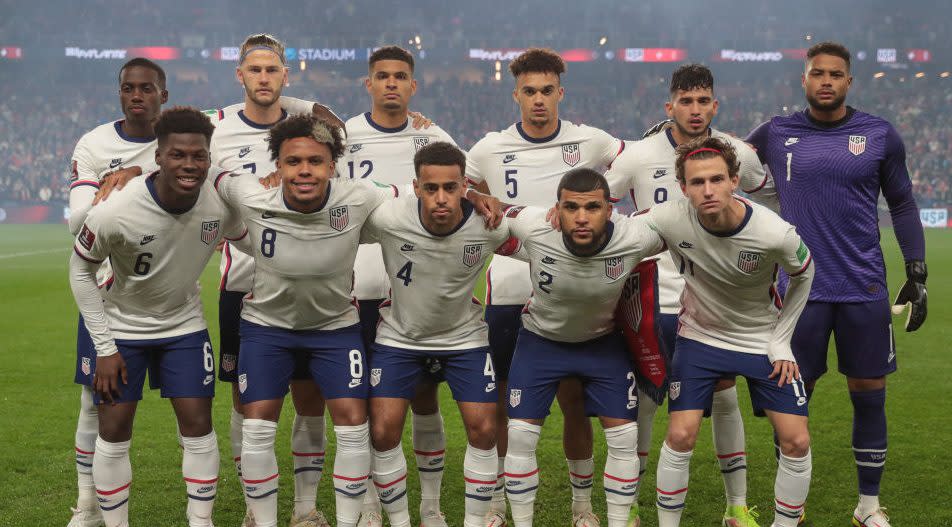 The USMNT head to Jamaica top of the table for 2022 World Cup qualifying in the CONCACAF region and they’re full of confidence after beating Mexico on Friday.

[ MORE: How to watch Premier League in USA ]

How will Gregg Berhalter line his side up from the start as the USMNT try to navigate a tricky test against Jamaica on Tuesday (watch live, 5 p.m. ET on NBC Universo and online via Telemundo Deportes) in Kingston?

There are two enforced changes as center back Miles Robinson and central midfielder Weston McKennie are both suspended, so there are two spots up for grabs. That we know of.

Berhalter has previously hinted that due to only two games taking place in this international window (compared to three games each in the last two windows) he won’t rotate as much as he previously has.

He also knows that the USMNT only sit three points above fourth-place Panama heading into this game, and Jamaica have improved massively over their last few games and Michail Antonio is off and running with his first goal for the Reggae Boyz.

Below is a look at he projected USMNT lineup against Jamaica, plus the latest team news.

How will USMNT lineup vs. Jamaica?

There are a few intriguing selection dilemmas for Berhalter, with Reggie Cannon and Joe Scally able to push DeAndre Yedlin all the way for the starting spot at right back. That said, Yedlin should keep his spot given how well he linked up with Yunus Musah and Tim Weah down the right side of the pitch.

At center back, it looks like a straight battle between Mark McKenzie and Chris Richards to come in for the suspended Miles Robinson. McKenzie has more experience in bigger national team games than Richards, and whichever player comes in will have to deal with Michail Antonio running at them for 90 minutes. It seems like Richards could be a slightly safer bet.

In midfield, Musah and Tyler Adams should both start and the big question is who will come in for McKennie. Kellyn Acosta is the obvious choice given his experience and extra defensive nous, while Sebastian Lletget could also be asked to play that more creative role out of the three central players. Gianluca Busio has been in great form for Venezia and is well-liked by the USMNT, but perhaps his lack of experience could see him start on the bench and then come on in the second half.

Up top, Weah should start after his excellent display on the right against Mexico and although Ricardo Pepi was hooked off, he is likely to be given another start because the USMNT don’t have a lot of options up top. It is unlikely Jesus Ferreira will start. Out on the left, now seems like the time to start Christian Pulisic and give him 55-60 minutes to build up his fitness. Brenden Aaronson has been consistently superb for the USMNT but with McKennie being out, having Pulisic start adds another very experienced (I mean, he’s only 23 years old for goodness sake) player to the starting lineup.

How will USMNT lineup vs. Jamaica? originally appeared on NBCSports.com