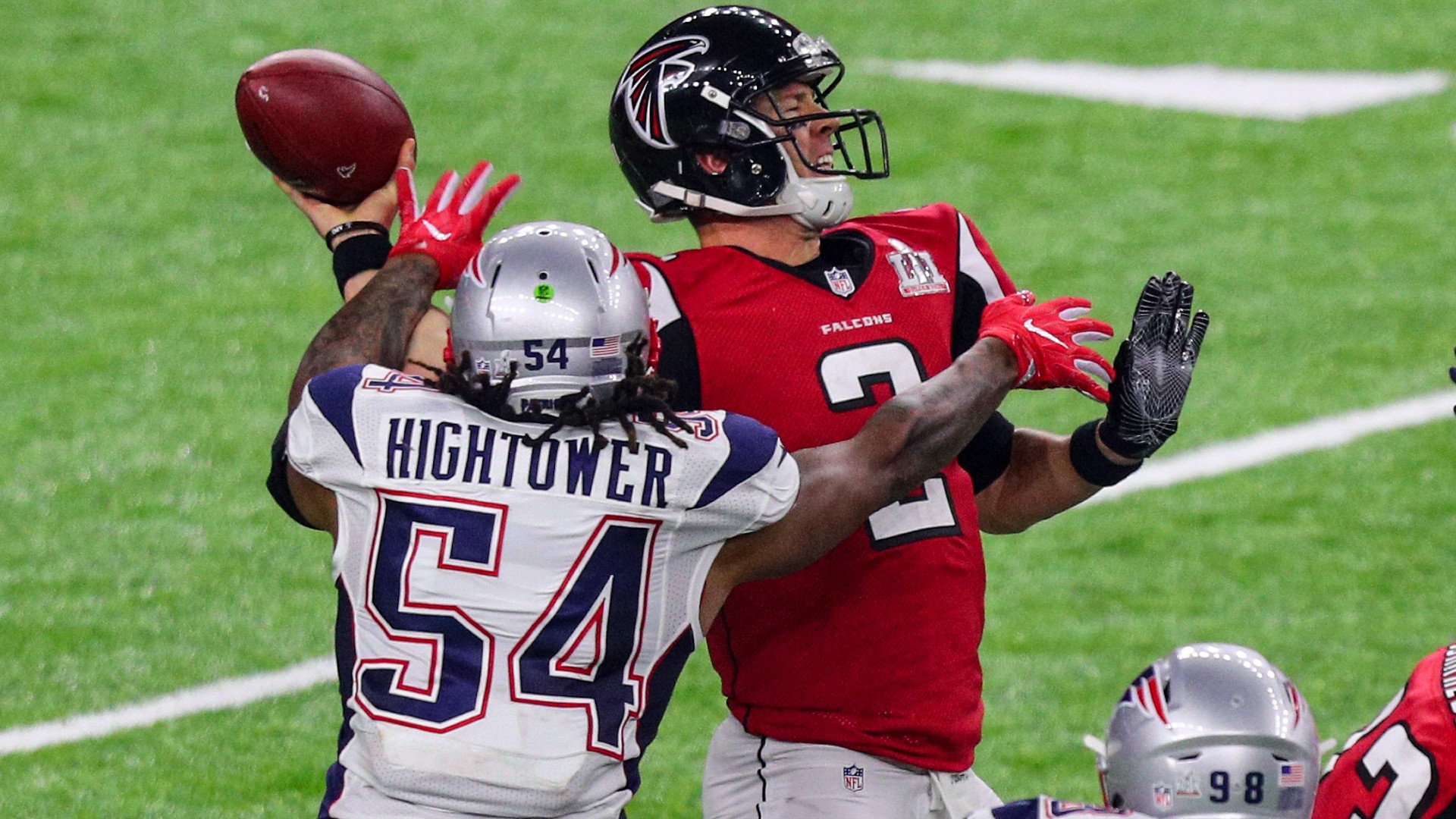 The Falcons seemed poised to win Super Bowl 51 in blowout fashion after they scored their fourth touchdown midway through the third quarter. They built a 28-3 lead and had the Patriots’ defense on its heels.

Meanwhile, Tom Brady and the Patriots offense were struggling to move the ball. And the few times that they did, they suffered sacks or committed turnovers that took their scoring opportunities away.

All the Falcons would have to do was keep the Patriots at an arm’s length. If they did that, they would have a great chance to win their first Super Bowl in franchise history.

Instead, Atlanta faltered. The team’s offense and defense made critical mistakes at the end, and the coaching staff made some more than questionable play calls late in the game.

How did it all go down? Here’s a look at some of the key plays from the end of the Patriots-Falcons game that ultimately shockingly swung the game in favor of the Patriots.

MORE: Why did Tom Brady leave the Patriots?

Essentially, it amounted to a perfect storm of issues. The Patriots’ offense came alive late and the Falcons completely sputtered down the stretch.

Coach Dan Quinn had a simple reason for the Falcons’ loss at the end of the game.

“I think for sure we ran out of gas some,” Quinn said, per Reuters.com. “They executed terrifically. That was one of the things that we don’t talk about with them a lot, is the way they can execute.

“When they got hot, it was hard for us to deal with.”

It makes sense that the Falcons got tired. They ran just 46 offensive plays during the Super Bowl while the Patriots ran a whopping 93. New England had the fresher defense, and the Falcons’ offense just couldn’t stay on the field in the second half.

That allowed the Patriots’ pass rush to tee off on Ryan and make some big plays, like the Hightower fumble.

“At that point, we wanted to be aggressive to go win the game,” Quinn explained to Pro Football Talk a month after the Super Bowl.

But Quinn also acknowledged that he could have managed the game — and the clock — a bit better at the end.

“For sure there’s lessons there in game management,” he said. “Those are lessons that are painful to go through but you have to learn from them.”

The last time the fateful 28-3 score flashed on the board for the Falcons was with 2:06 left to play in the third quarter. The Patriots were, finally, able to mount a touchdown drive after having endured a couple of late-drive turnovers in the first half.

There were two key plays on the drive for the Patriots. The first came on a fourth-and-3 at midfield. Bill Belichick elected to go for it — the Patriots were trailing by 25, after all — and Tom Brady was able to find Danny Amendola on a pass just beyond the sticks to keep the drive alive.

Amendola turned it into a bit more, however, as he turned the gain into a 17-yard reception. That put the Patriots in scoring range at the very least.

Later, Brady converted a play of his own. On third-and-8, Brady didn’t see anyone open downfield. What he did see was an open running lane. He took off and generated a 15-yard gain to keep the Patriots’ TD hopes alive.

Arguably the most underrated play of Tom Brady’s career:
a 15 yard SCRAMBLE on 3rd and 8 to set up the Patriots first touchdown in the 25 point comeback against Atlanta in Super Bowl 51. pic.twitter.com/vmo3QcKc2K

The Patriots were able to force a Falcons punt and scored a field goal on their next possession to cut their deficit to 16. However, the clock had ticked under 10 minutes, so they were running out of time.

Despite being up 16, the Falcons called a pass play on a third-and-1 with 8:31 left in the game. Matt Ryan dropped back to pass and he was swarmed by Dont’a Hightower, who had just been checked by the back en route to the quarterback. Hightower got home, forced the fumble and the Patriots recovered. That put the Patriots in terrific field position.

From there, the Patriots went on a five-play, 25-yard touchdown drive. They also got a two-point conversion to officially make it a one-score game.

Hightower’s play turned out to be the momentum shifter. It put the pressure on the Falcons to either score or stop the Patriots. They couldn’t do either.

The Falcons had a chance to get a game-winning score. A couple of big plays — a dump off to a wide-open Devonta Freeman and an incredible toe-tap catch by Julio Jones — put them at the Patriots 22-yard line.

Atlanta was leading 28-20 at the time of this drive. All the team had to do was run the ball three times up and kick a field goal to make it an 11-point game. The Patriots would, likely, be out of timeouts and facing a massive uphill battle to win.

Instead, the Falcons opted to pass. Disaster struck as Trey Flowers burst through the line and tackled Matt Ryan for a 12-yard loss.

That play the Falcons at the 35-yard line on the cusp of field goal range. A holding penalty on the next play knocked them out of it. They were eventually forced to punt the ball and that gave the Patriots the ball one more time with 3:30 on the clock and two timeouts.

MORE: How Patriots have made Mac Jones look like best QB from 2021 NFL Draft

The Patriots needed to drive 91 yards for a touchdown and a 2-point conversion to tie things late against the Falcons. It didn’t look good early. Brady completed just two of his first five passes on the drive while under heavy pressure, and he was only able to get the Patriots to their own 36-yard line in the first minute of the drive.

Brady decided that the Patriots needed to take a chance further down the field and he threw the ball to Julian Edelman. He was double-covered on the play and cornerback Robert Alford, who returned an interception for a touchdown earlier in the game, got a hand on it. He couldn’t bring it in.

Somehow, Edelman was able to get his hands on the ball just inches over the ground. He was sandwiched between three Falcons on the play and while the ball was briefly jarred loose, he was able to regain his grip.

Edelman’s catch was arguably the most important play of the game for the Patriots. It got them over midfield and put them in position to complete the second half of their two-minute drill drive.

The Patriots later scored on a James White rushing touchdown to make it 28-26. Danny Amendola tied the game after he got into the end-zone on a two-point screen pass. It was a tie game with 57 seconds left and the Patriots defense stopped the Falcons to send the game to overtime.

The Patriots got the ball first in overtime. They made sure that the Falcons wouldn’t see it again.

New England was able to march 75 yards into the end-zone for the victory. It took them just under four minutes to score and they never faced a third down on the drive.

How did it end? James White took a toss from Brady to the outside and punched it into the end-zone. It was White’s second rushing touchdown, and third overall, of the game.

That completed the Patriots’ miraculous, 28-3 come-from-behind victory and wrote Tom Brady into the record books as the first quarterback to win five Super Bowls.