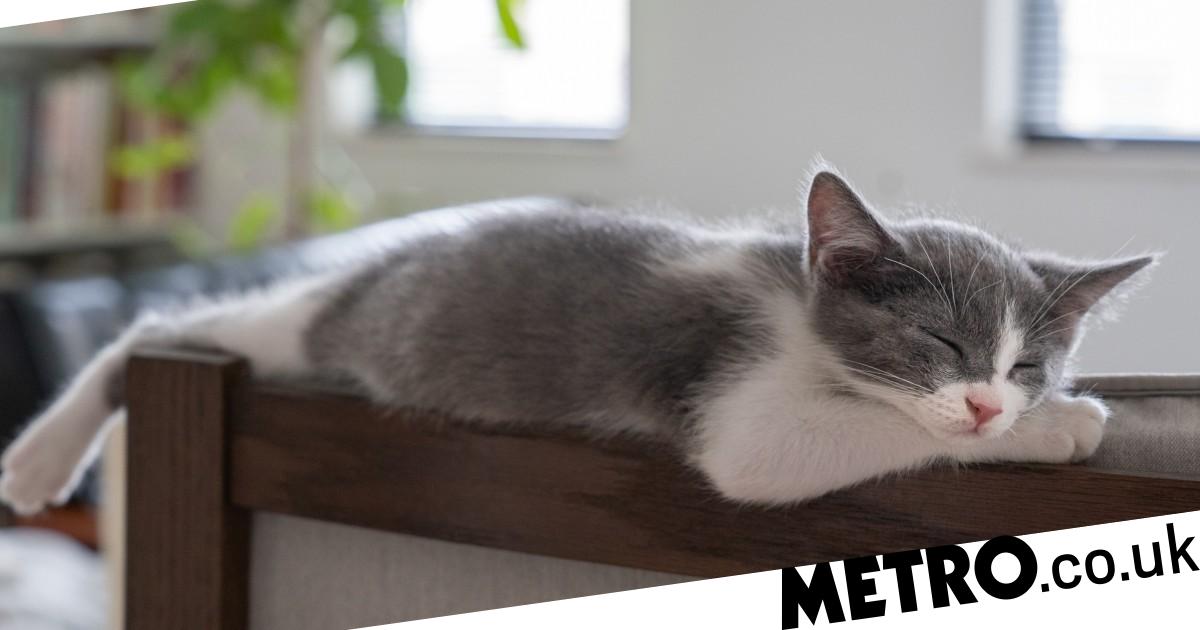 It’s not secret: cats love to sleep. Want a sleepy pet that loves to lounge? Get yourself a kitty.

Whether as a big ball or little loaf, your best feline friend will often take themselves off to their preferred spot for a snooze.

And they will typically emerge from slumber for a few reasons: to eat, play, patrol their territory, and receive much-deserved attention.

But how long exactly do they sleep for? Are the regular naps normal? And can they nod off into dreamland, too?

Here’s what we know.

How long do cats sleep for?

Some will sleep for a few hours longer – up to an impressive 18 hours – especially young kittens, who are learning their sleep routine, and cats that are getting a bit older.

Often, your beloved kitty will break their sleep up into cat naps (hence the term) throughout the day and night – which is actually called polyphasic sleep.

Humans, meanwhile, are monophasic sleepers, meaning we’ll typically head to bed and sleep through the night for a number of hours – before (mostly) staying awake during the day.

Cat naps can last up to 113 minutes (nearly two hours), but they can also be as short as 50 minutes, according to the Sleep Foundation.

You may also notice your beloved feline friend wakes up for a burst of energy around dawn and later at dusk – this behaviour classes them as crepuscular.

During those many, many, many hours of slumber, what’s going on in your cat’s mind?

Cats are mammals, and also experience REM sleep, which is the type of sleep in which humans dream, too – it is in this cycle that we dream. But can our cats?

He said: ‘Cats exhibit all the physiological and behavioural characteristics of dreaming sleep in humans: low voltage fast wave activity, fast EEG activity – where the cerebral cortex (thinking centre) and hippocampus (memory centre) are active in the face of continued behavioural sleep.’

If you spot their eyes or ears twitching, or hear a rogue meow or squeak, it’s probably because they’re in the REM phase.

What your cat dreams about, however, is not quite as clear.

Though it makes sense to think that, when a cat dreams, its brain will just make sense of its day. That could include you, your house, and what you’ve been up to with your cat recently.

Dr Dodman concurs: ‘Like us, cats will probably dream about things that have gone on in the recent or distant past.

‘Maybe stalking a bird or mouse. Maybe being petted. Maybe an altercation with another cat or dog.’

For the most part, cat parents/owners will just have to imagine what their cat dreams of. Hopefully, no nightmares – just non-stop dreams of diving into a pool of Dreamies.


MORE : Why are cats scared of cucumbers?


MORE : Sleep tech that will guarantee a good night’s rest