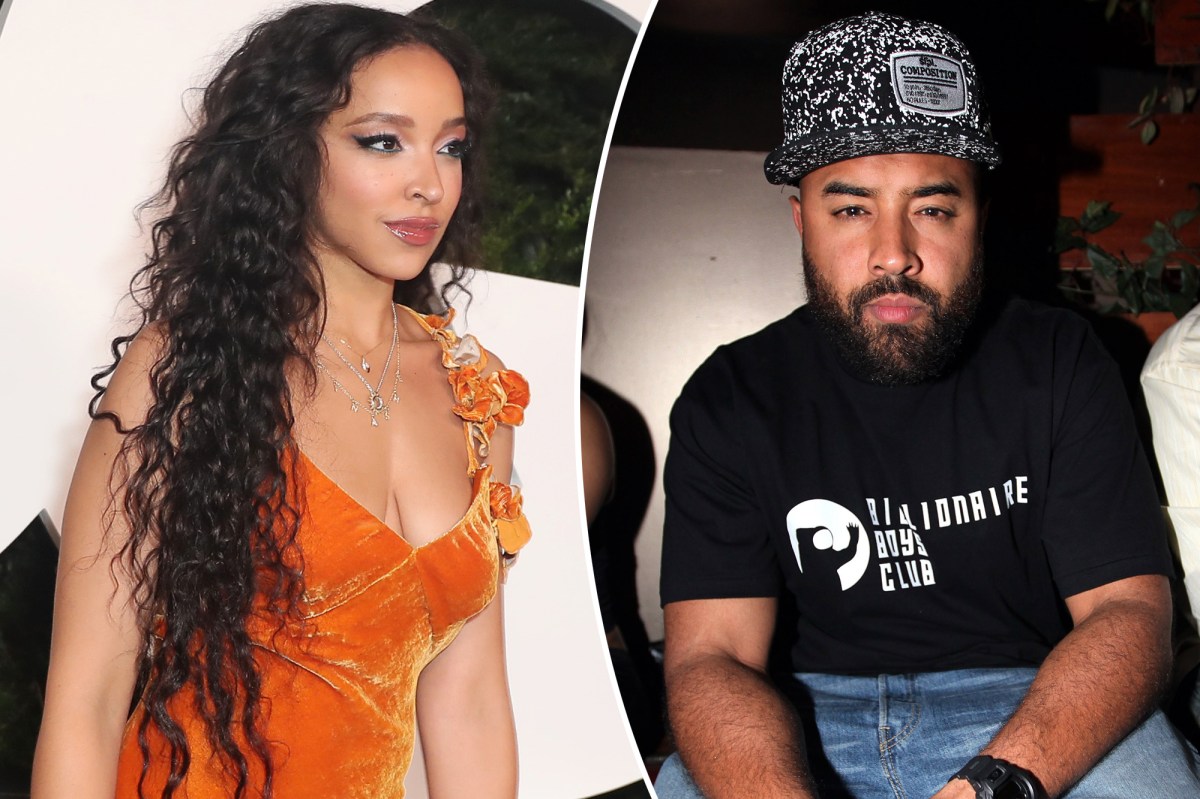 Tinashe’s fans were ready to “Throw a Fit.”

Hot 97 host Ebro Darden apologized for saying the “2 On” singer has a “ghetto-ass name” in a 2013 interview that resurfaced on social media this week.

The New York City radio personality, 46, retweeted footage of the offensive moment on Friday, accompanied by the following message: “Yea this was a terrible joke, we were using the name skit for people to learn her origins… love Tinashe that’s my homey still.”

In the clip, a 20-year-old Tinashe tells Darden and his co-host Peter Rosenberg that her last name is Kachingwe, which she later explained was Zimbabwean.

In response, Darden said, “Now, can we point out how light-skinned she is with a ghetto-ass name, though?”

As Tinashe appeared uncomfortable in her seat, Rosenberg quickly shut down Darden’s joke. “It’s not a ghetto name,” he said. “It’s an African name.”

But Darden dug himself deeper: “Yeah, but sometimes these ghetto names are actually African,” he said.

In a seeming attempt to kill the tension in the studio, Tinashe replied, “They’re probably derived from the African names and they go off on, like, a ghetto tangent.”

Darden didn’t stop there, though, referencing the color of the performer’s skin yet again. “Don’t you start,” he said, pointing his finger at her. “Alright, young yellow?”

Tinashe awkwardly laughed off the DJ’s comments and finished the interview.

Twitter user @theknoyjen tweeted a truncated version of the chat on Thanksgiving and wrote, “yeah tinashe better than me because i would’ve became real disrespectful.”

The post, which racked up nearly 11,000 likes as of Friday, was met with passionate responses from supporters of Tinashe, now 28.

“Why does he only associate ghetto with dark skin?” one person asked, while another wrote, “She is either patient or dealt with this a lot cause I would have been FIGHTING!”

Another individual questioned how Tinashe was able to keep her cool in the situation.

“imagine being in a position where two musty dudes are discussing the color of your skin and how ghetto it is, how was she supposed to react?” they wrote. “I would’ve been gobsmacked too.”

Another person criticized Darden for his “blatant stupidity,” elaborating, “So having a ‘ghetto’ name is synonymous with being dark skin? Are we also going to dismiss the cultural significance of African names and how there are actual ceremonies behind them?”

Reps for Tinashe were not immediately available when contacted by Page Six for comment.