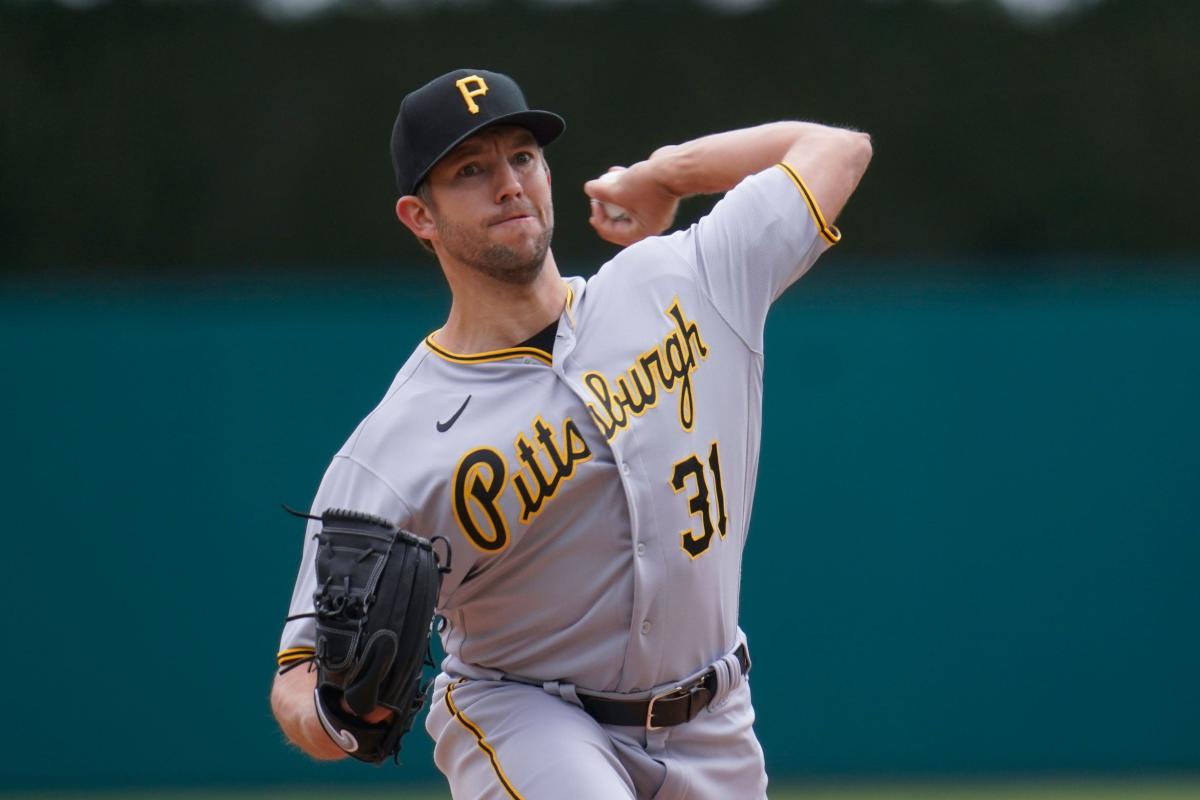 After 99 days, Major League Baseball lifted its lockout Thursday as a new collective bargaining agreement was agreed to on both sides, with Opening Day set for four weeks from now, give or take a day.

Of course, there’s still dozens of players waiting to sign free agent deals (not to mention the arbitration-eligible players who need contracts) so the next few days should see plenty of money changing hands (virtually, at least).

That includes the Detroit Tigers, who handed out $217 million in guaranteed contracts to shortstop Javy Baez and left-handed pitcher Eduardo Rodriguez just before the lockout went into place Dec. 2, plus another $7 million in the trade for Tucker Barnhart. They still probably aren’t done shopping, with a need for at least one starting pitcher and potentially another reliever and another bat.

2022 CHECKLIST: What Tigers must focus on now that MLB lockout is over

THE KIDS IN TIGERTOWN: Ryan Kreidler stars in ‘sandlot game’ on backfields

So as we wait for deals big and small to roll in, here’s a few players the Tigers could pursue before April rolls around.

Rodriguez, Casey Mize, Tarik Skubal and Matt Manning are easy to pencil in as the top four. Tyler Alexander, who made 15 starts in 2021, could stay in the rotation, but as the old saying goes, “You can never have enough pitching when your arms will have less than a month to get in game shape.” Or something like that.

LHP Tyler Anderson: The 32-year-old ate innings with the Pittsburgh Pirates and Seattle Mariners last season, covering 167 innings over 31 starts. That made him one of just 39 pitchers to clear the 162-inning bar for qualifying for the ERA title, tying for 32nd in innings with 2021 NL Cy Young winner Corbin Burnes. Anderson didn’t win the ERA title, obviously; his 4.53 was about two runs higher than Burnes’, and he had 100 fewer strikeouts than Burnes. But Anderson walked just 38 batters, only four more than Burnes, and sixth-fewest among the 39 who qualified.

RHP Zack Greinke: Well, if Tigers fans were hoping for an ex-Astro to return to his Midwest roots and mentor the next generation of Detroit arms … they probably should have been more specific. Jokes aside, the 38-year-old is coming off arguably his worst season since 2005, when he led the AL in losses (17) as a 21-year-old. In 2021, Greinke posted a 4.16 ERA, while striking out 120 batters and allowing 30 homers in 171 innings. Those numbers were fueled by a second half in which he struggled through 55⅔ innings with a 5.34 ERA, limited by injuries to just three regular-season appearances after Aug. 29. Even with that abysmal second half, Greinke finished with just 36 strikeouts, third-fewest among ERA-qualified starters. Greinke’s postseason turns, limited though they were, also suggest he’s not washed-up: two earned runs on seven hits and three walks in 6⅓ innings (over three appearances) — including four scoreless innings to open Game 4 of the World Series.

MARK YOUR CALENDAR: Tigers’ giveaways: Here’s what you can get for free at Comerica Park in 2022

There don’t appear to be many open spots in the Tigers’ bullpen — but the team’s 4.50 relief ERA in relief was ninth-worst in the majors last year (and third-worst in the American League) so there’s probably a chance to upgrade. (Also, if the Tigers hit the trade deadline out of contention, relievers make good trade chips.)

LHP Andrew Chafin: The 31-year-old broke out in 2021, posting a 1.83 ERA with 64 strikeouts and just 19 walks over 68 2/3 innings with the Chicago Cubs and Oakland Athletics. (One red flag: He allowed seven homers in 28 appearances with the A’s after just 12 in 43 games with the Cubs.) Also, the Kent State alumnus finished among the MLB leaders in “Mustache Above Replacement Player,” or MARP, our mostly fictitious tribute to Jake Rogers’ ‘stache. (Facial hair probably shouldn’t factor into a potential contract, but Detroit is a town that loves its mustachioed baseballers.)

RHP Collin McHugh: We’re not advocating for every player who spent time with Tigers manager AJ Hinch in Houston to end up in Detroit — Marwin Gonzalez and Colin Moran are still out there, too — but McHugh turned in a stellar 2021 with the Tampa Bay Rays after opting out of the 2020 season. The 34-year-old right-hander posted a 1.55 ERA with 74 strikeouts and 12 walks in 64 innings (with seven starts). Perhaps most importantly, 20 of his 30 relief appearances for the Rays spanned multiple innings (though never more than three) — making him a potentially ideal bridge to the back end of the bullpen as the Tigers stretch out the innings for Manning, Mize and Skubal.

RHP Archie Bradley: There were actually two Bradleys pitching for the Philadelphia Phillies last season. Archie-1, we’ll call him, posted a 3.68 ERA in the first half despite just 13 strikeouts and 14 walks in 22 innings. Archie-2, the non-evil twin — we think, they both had beards — struck out 27 and walked eight in 29 innings after the All-Star break … but posted a 3.72 ERA. Unfortunately for the Tigers, Archie-1 and Archie-2 are a package deal, but maybe pitching coach Chris Fetter can convince Archie-1 to go hang out at one of the coneys or something.

The new CBA awards teams draft picks if top prospects finish high in Rookie of the Year, MVP or Cy Young award voting, so there’s slightly less incentive for the Tigers to keep first baseman Spencer Torkelson and outfielder Riley Greene – Nos. 4 and 7, respectively on MLB Pipeline’s list of top prospects — in Triple-A to start the season. Then again, putting them on the Opening Day roster would still eat up a year of service time, and if the duo does rank high in award voting, their salaries will get a boost, too, thanks to the new bonus pool for pre-arbitration players. So while starting the season with Greene and Torkelson in Detroit makes more sense — especially since the top two in ROY voting get credit for the full year of service time, regardless of their call-up date — the Tigers should at least take a glance at the pool of hitters out there, even if a signing is unlikely. (Remember, the infield depth right now includes some combination of Harold Castro and Isaac Paredes along with with catcher/left fielder/DH/hometown boy Eric Haase).

SS Andrelton Simmons: As much as we’d like to keep Carlos Correa and his projected 5-6 WAR on this list, his price tag is probably too high for the Tigers, even if he comes down from his reported 10-year, $300 million ask. But if the Tigers are looking from veteran depth up the middle, Simmons could be a good value. The 32-year-old had an OPS (On-base Plus Slugging percentage) of .558 in 451 plate appearances with the Twins last season. But that was after four seasons with a combined .730 OPS. And although his bat was brutal, his glove was still sharp; he finished 2021 with 15 Defensive Runs Saved, second among all shortstops , according to Fangraphs. (No. 1? Correa, of course, with 20.)

IF/OF Kris Bryant: Speaking of service time manipulations, the poster boy for them during this CBA negotiation is still on the market, although potentially not for long. And while the 30-year-old is, like Correa, likely out of the Tigers’ price range — especially as multiple teams pursue him — he’d likely provide more bang for the buck than other potential utility players, thanks to his bat (an .835 OPS in 586 plate appearances) and his versatility. Bryant bounced around the field with the Cubs and San Francisco Giants last season, with at least 30 games at left field, right field and third base, plus 19 in center and 12 at first.

OFs Joc Peterson, Eddie Rosario or Jorge Soler: As long as the Tigers don’t pay for their performances for the Atlanta Braves in last year’s playoffs — especially Rosario’s, as he had a 1.073 OPS in 68 playoff plate appearances — there could be value in one of these three, especially if the Tigers just want a more experienced fourth outfielder with power. Soler is just three seasons removed from an AL-leading 48 home runs in 2019 (for the Kansas City Royals), Pederson had 36 that same season with the Los Angeles Dodgers and Rosario hit 32 that year with Cleveland.

This article originally appeared on Detroit Free Press: Detroit Tigers free agency: Here’s who they could pursue in March