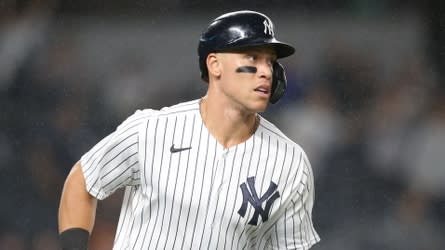 At 1 p.m. on Tuesday, every team around the league had to settle with their arbitration-eligible players for next season, or exchange numbers that a mediator later on in the arbitration period will review and determine what that player will make for the 2022 campaign.

The Yankees have 14 arb-eligible players on their roster including veterans such as Aaron Judge and Joey Gallo and newbies like Isiah Kiner-Falefa.

The team announced on Tuesday night that they came to terms with 11 of their 12 players (two signed deals prior to the deadline), with Judge being the only player they couldn’t come to an agreement with.

Here’s a look at the salary for each arb-eligible Yankee this year:

–Aaron Judge: Did not come to terms, headed towards arbitration hearing

–Domingo German: Signed for $1.75 million prior to non-tender deadline