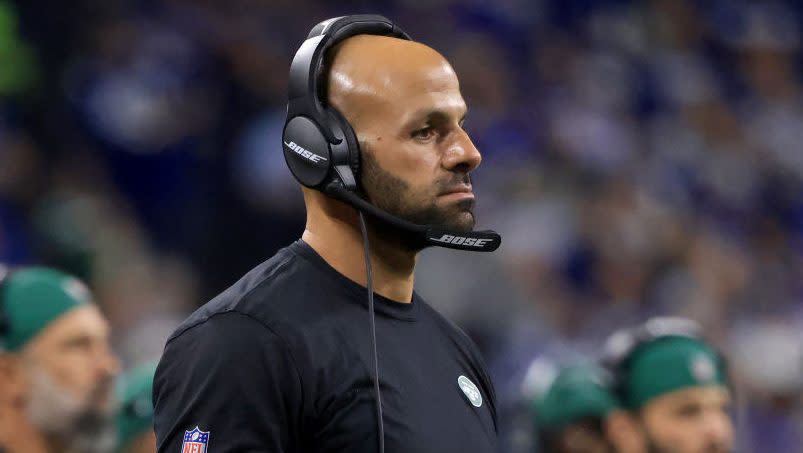 “I’ve never met Rex. I’ve never had a conversation with Rex. I don’t even know him, except for people who know him throughout the league. Obviously, if it’s that personal for him, he knows where to find me,” Saleh said on the Michael Kay Show.

Ryan ripped into Saleh for the Jets’ poor defensive performance and suggested that he was insulted even to be mentioned in the same sentence as Saleh, saying, “Don’t ever compare this guy to me, this Robert Saleh to me.” Saleh said he wasn’t surprised by Ryan’s comments.

“I’m not surprised by him. He’s always got something to say,” Saleh said.

The only way for Saleh to silence criticism is to get his team playing better. With recent losses by scores of 54-13 to the Patriots, 45-30 to the Colts and 45-17 to the Bills, you don’t have to be a loudmouth like Rex Ryan to have something to say about Saleh’s defense.

Robert Saleh on Rex Ryan: He knows where to find me, he’s always got something to say originally appeared on Pro Football Talk