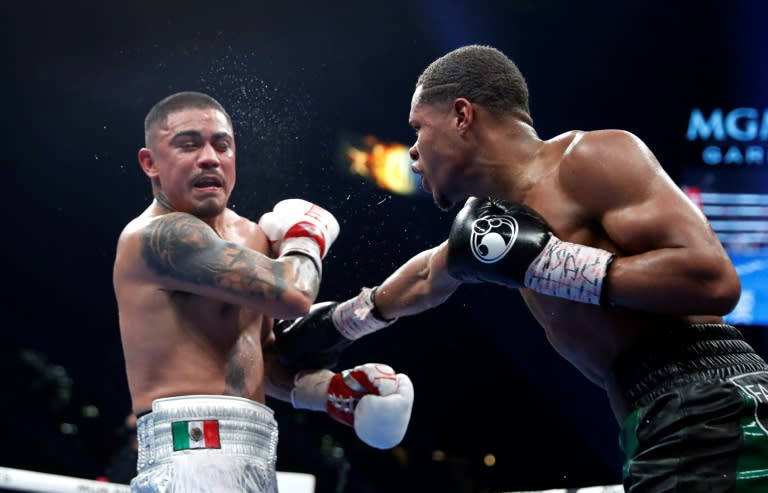 Devin Haney easily retained his WBC lightweight title on Saturday, winning by a unanimous decision over challenger Joseph Diaz in a 12-round clash that showcased one of boxing’s deepest divisions.

The unbeaten Haney, 23, built up a large lead on points in the early rounds at the MGM Grand Hotel and Casino in Las Vegas then outboxed Lopez down the stretch to raise his record to 27-0 with 15 KOs.

“I went in there and got the job done,” said Haney. “I hit him with some good shots from the beginning but he is a true champion.

“I had to bring the dog out and get the win. They said I had no chin but I guess I showed that I do in this fight.”

Haney proved to be too fast and too skilled for fellow American Lopez, who constantly moved forward but lacked an effective jab and didn’t take advantage during the few moments he had Haney covering up.

Haney, who came in as a 7-1 favourite for the 135-pound clash, also took advantage of his two-inch height advantage and seven inches reach.

Former two-division champion Diaz had his eight-fight win streak snapped as his record dropped to 32-2-1 with 15 KOs.

Diaz said the judges gave too many rounds to Haney.

“I thought it was a closer fight,” Diaz said. “I am going to go back to the drawing board. He is a smart fighter and used his range. He is a very smart defensive counter-punching fighter.”

Haney is hoping his next fight will be against newly crowned unified king George Kambosos, who was at ringside Saturday.

Kambosos told Haney after Saturday’s win that he wants to fight him in front of 80,000 fans at a stadium in his native Australia.

Kambosos praised Haney’s boxing style when they met up outside the ring after the fight.

“He boxed brilliant,” Kambosos said of Haney. “If we make it happen it will be an exciting fight. But I saw many holes.”