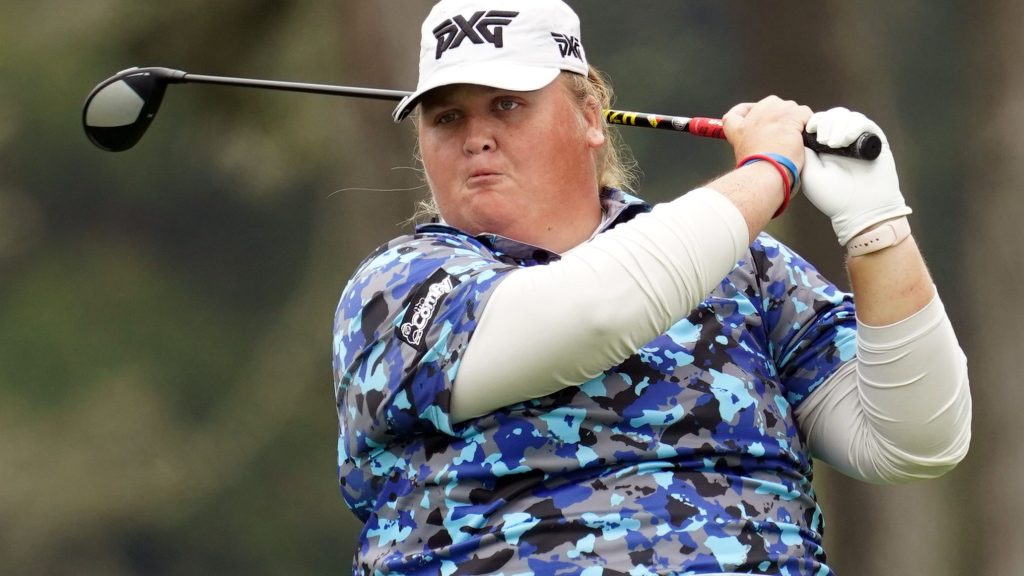 There was a point during Haley Moore’s second rookie season that she missed 10 consecutive cuts. Within that stretch, she played seven consecutive weeks of tournaments. It was as difficult as it sounds.

“Some of them I missed by one shot,” she said, “some I had missed by a lot. That was just really hard on me.”

Moore talked briefly about that time on the eve of Q-Series, punctuating everything as positively as she could. She learned a lot –  about the importance of good communication with her caddie, about when to play aggressively, about putting in a little more time to practice.

“I’ve gotten down a couple times,” she said, “but I just told myself it happens, it’s golf. It happens to everyone.”

And then the 23-year-old Arizona grad said the thing that keeps everyone going in this game: “Once you have that one really good week out there, it’s going to all come together.”

Coming back to Q-Series is never part of anyone’s plan, but Moore knows that she has successfully fought her way through this eight-round gauntlet before, and after an opening 5-under 67 she’s keen to do it again.

Three players share the lead at 6 under after Round 1 at RTJ Magnolia Grove: Emily Kristine Pedersen, Peiyun Chien, and Alejandra Llano. Moore’s 67 came on the Crossings Course. The top 70 and ties will move on to Week 2 where the top 45 and ties will earn LPGA status. Moore finished 137th on the CME points list this year and earned $36,895.

“I know that this week, it’s a marathon out here,” she said, “so just to pace yourself. Having one bad round is not going to kill you out here.”

Pedersen, who has twice represented Europe at the Solheim Cup, carded six birdies and an eagle in her opening 65 on the par-71 Falls Course.

“I like the tree-lined,” she said. “I like everything is in front of you. I kind of feel like you have to hit it far. It’s a little bit of an advantage this week, which is good for me because I’m hitting it quite far.”

Alabama’s Polly Mack is the low amateur after an opening 68 to take a share of sixth. Atthaya Thitikul, the 18-year-old Thai player who won the LET’s Race to Costa del Sol and is No. 18 in the world, struggled to an opening 73 on the Crossings Course and is T-70.