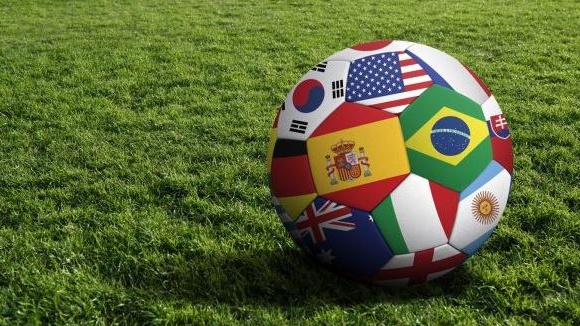 The Government expects to spend “a few hundred thousand” on scoping out a bid to host the 2030 football World Cup before deciding whether or not to proceed.

The estimate for the cost of deciding on officially proceeding with a bid along with the United Kingdom was provided to the Dáil’s Public Accounts Committee (PAC).

The potential joint bid is being considered by both governments.

Social Democrats co-leader Catherine Murphy raised questions about the cost of attracting major sporting events with senior officials from the Department of Tourism and Sport at the PAC on Thursday.

Funding for attracting major sporting events to Ireland will be €6.4 million next year after an extra €400,000 was allocated for this in the budget.

Cian Ó Lionáin, the department’s assistant secretary general for tourism and sport, has said that nothing has been spent on the World Cup proposal so far but there is a financial commitment to scoping out the possibility of a bid.

“We reckon that by next summer a few hundred thousand will have been spent on that. At that point Government will need to take the decision as to whether to proceed with the bid,” he said.

The Government has advertised for a “suitably qualified candidate” to lead Irish efforts as the proposal is being assessed .

The closing date applications for the role – where experience on the football field as an international player or coach is “desirable” – is Friday.

The successful candidate will not be paid but will see their expenses covered as they attend meetings of the board of the newly established company UK & Ireland 2030 Limited which will generally be held in Wembley.

The company is is to complete a feasibility study and advise on whether there should be a bid and if a decision is taken to proceed, the company will pursue and oversee the process to its conclusion.

Mr Ó Lionáin said that €3.2 million has been spent so far on the 2027 Ryder Cup which is to be held in Adare Manor, Co Limerick.

The PAC was told that the Ryder Cup in 2006 – the last time the tournament was held in Ireland – was worth €143 million to the economy, €7 million more than the pre-event predictions.

A study also showed that more than 80 per cent of visitors on that occasion suggested they would return to Ireland in the future.

Ms Murphy also asked about spending on the proposal for Cork to host the America’s Cup yacht race.

Mr Ó Lionáin said the department is in the middle of a six-month assessment process on that event and that the “expenditure to date is effectively staff time”.

He said: “There will probably be some expenditure then on economic and other specific appraisals and the intention is to have that piece of work finished by the end of March, early April.”