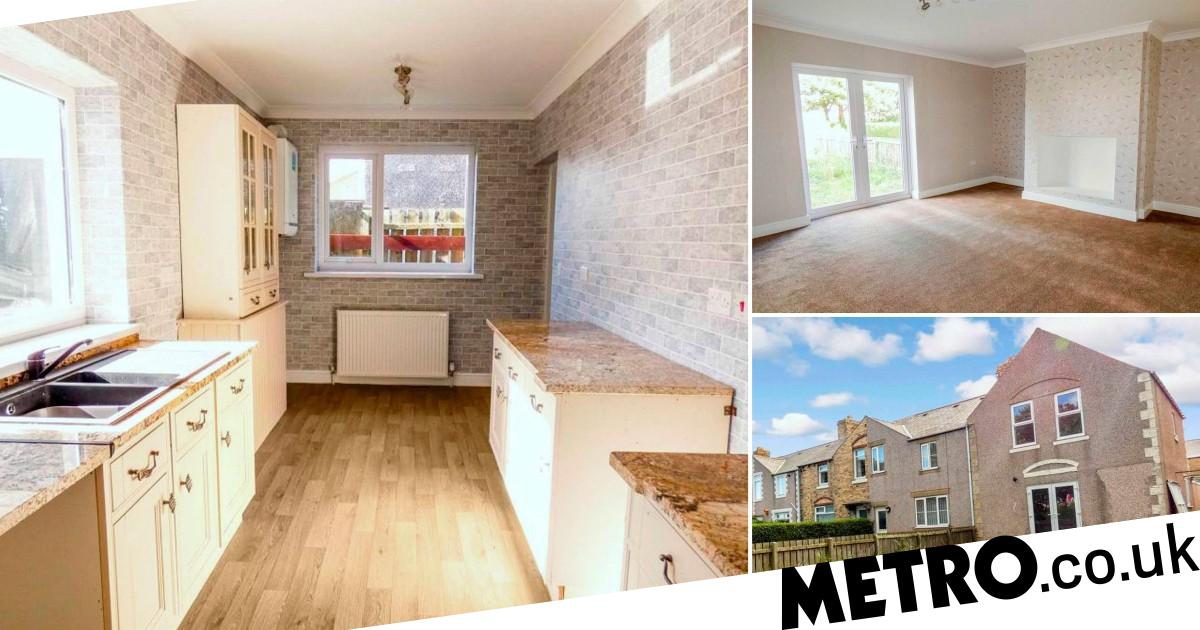 A four-bedroom family home a short walk away from the Northumberland coast has hit the market for just £85,000.

That’s particularly striking when you consider the fact that you could find yourself paying a disconcerting £100,000 for a London parking space on a leasehold basis.

The spacious terrace is situated in the village of Lynemouth.

It’s got a newly-fitted kitchen and bathroom, as well as double-glazed French doors which open out onto a spacious garden.

Listed by estate agents Pattinsonsis, the property also has a front yard in addition to the garden, a good-sized lounge, and an entrance lobby.

And yes, it also comes with a garage in which you can store your car.

According to Rightmove, the average price of a semi-detached property in Northumberland last year was £180,254.

So even taking into consideration the area, this is a pretty impressive bargain.

In stark contrast, a parking space on Linden Gardens in West London is selling for an eye-watering six figures.

The listing describes it as: ‘A safe and secure underground parking space accessed via a large car lift, the parking is part of the Limes development on Linden Gardens and located just North of Hyde Park and extremely close to Nothing Hill Gate.’


MORE : For just £875 a month, this tiny London flat with a bed in the kitchen could be yours


MORE : Five-bed house on sale for £400,000 looks normal from the outside, but has an incredible feature in the bedrooms


MORE : These are the best postcodes in and around London to buy in if you’re a first-time buyer