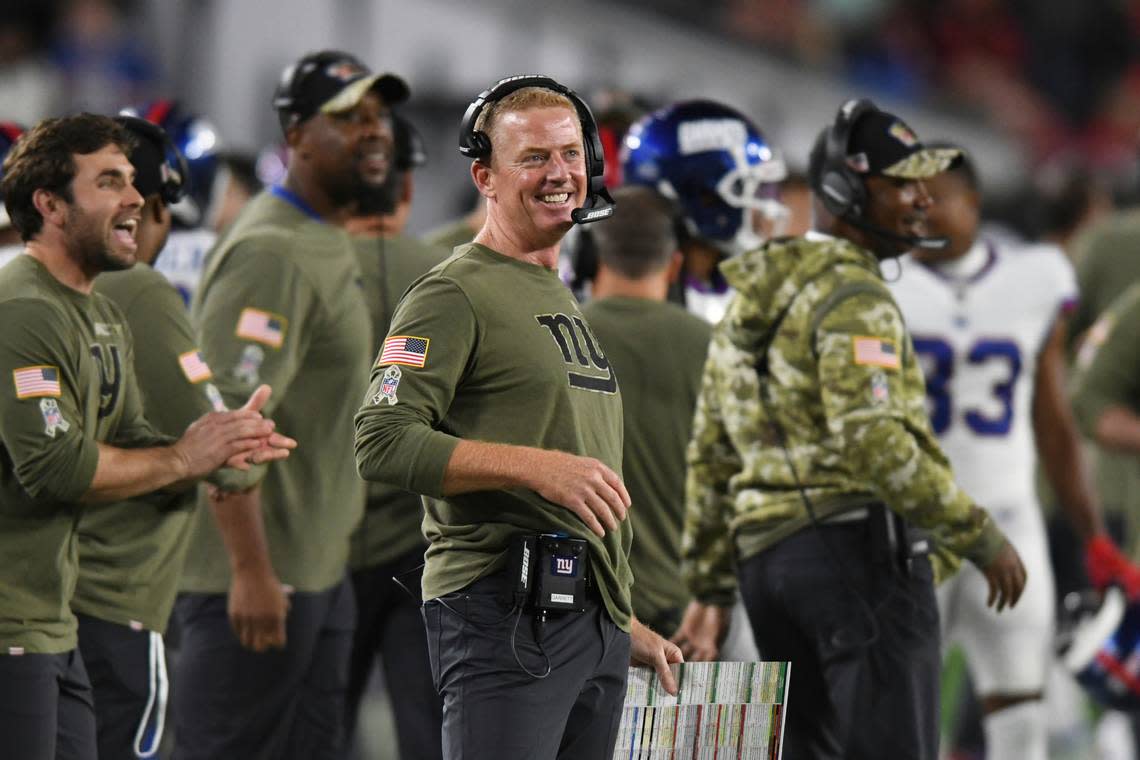 Garrett joined the Giants after 10 seasons as head coach of the Dallas Cowboys. He was fired after the 2019 season and was hired by Giants’ head coach Joe Judge. Judge signaled the move with his post-game comments after Monday’s 30-10 loss to the Tampa Bay Buccaneers.

Freddie Kitchens will call the plays for the Giants, according to the New York Daily News.

The Giants offense ranks 26th in scoring and 25th in total yards.