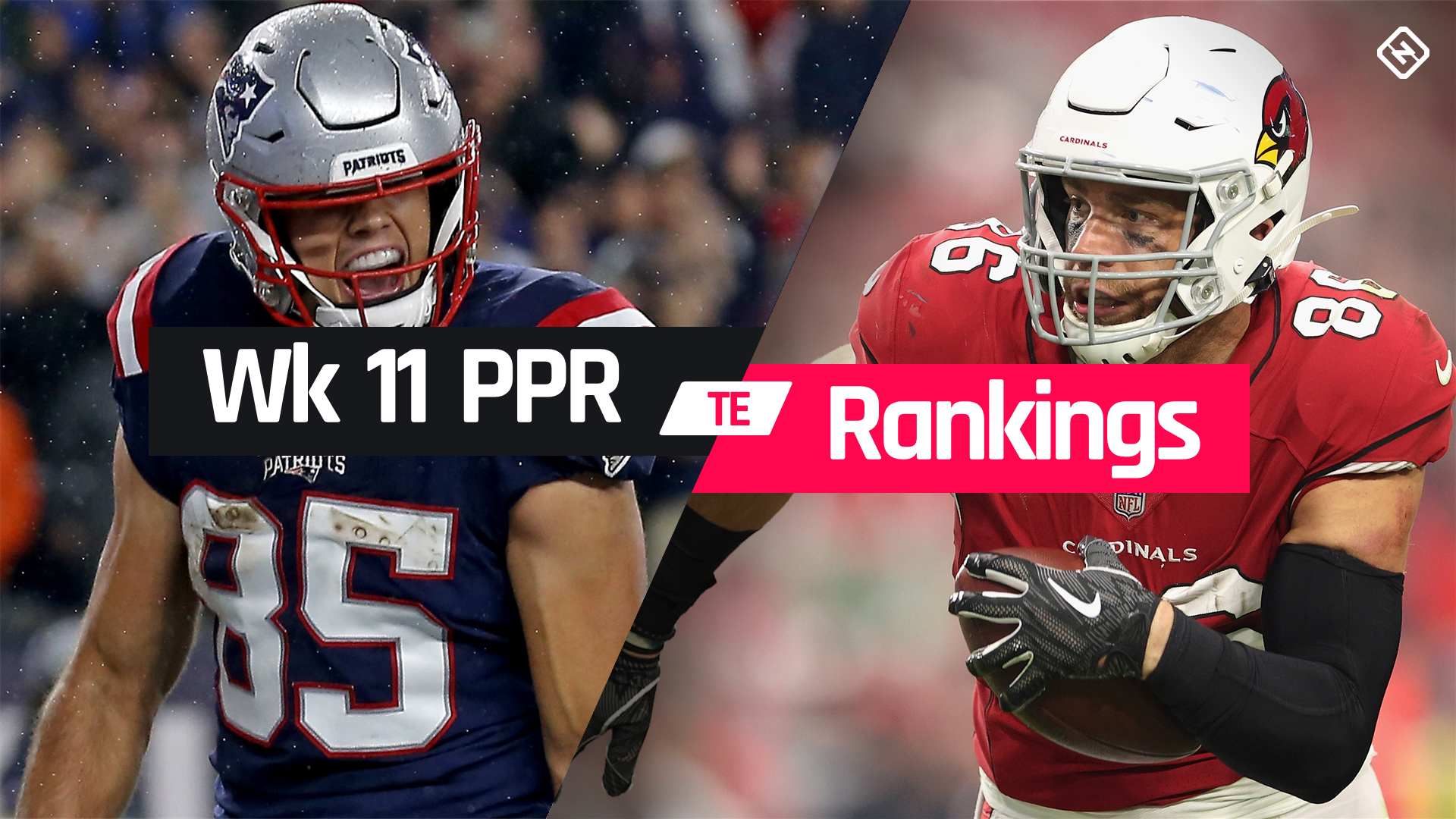 Tight end depth — ever heard of it? Well this week, you will. For seemingly the first time all season, there a several options on the start-or-sit bubble who appear to be legitimate sleepers. Hopefully, you’re in playoff contention, but if not, what could be more fun than playing spoiler and knocking someone else off their pedestal? Let our Week 11 fantasy TE PPR rankings help you decide who to start at this typically frustrating position.

If you have Kyle Pitts (vs. Patriots), Mark Andrews (@ Bears), or Darren Waller (vs. Bengals), just know your guys are in tough matchups against top-10 TE defenses — but also know you can’t bench them.

For those needing streamers, look no further than Evan Engram (@ Buccaneers), Pat Freiermith (@ Chargers), Cole Kmet (vs. Ravens), and, if he’s back from his hamstring injury, Logan Thomas (@ Panthers). All but Thomas are playing mediocre defenses against the position. Thomas actually has one of the tougher matchups this week, but we’re banking on his upside. He’s still available in over 40 percent of all leagues, so we’re allowed to call him a streamer. If he flashes against Carolina, he goes from streamer to automatic starter in your lineup. Isn’t that a nice deal?

Dallas Goedert (vs. Saints) has been productive this year, but can we really call him a must-start? Since Zach Ertz has been traded, he hasn’t met expectations and goes against what was the fourth-best defense against fantasy tight ends heading into Week 10. It’s not all his fault, but in fantasy, that doesn’t matter. Goedert has more upside in PPR leagues, but he’s still a bubble player this week if he’s over the head injury he suffered in Week 10.

Similarly, Dan Arnold (vs. 49ers) has been unexpectedly productive in PPR leagues, but he has one of the toughest matchups for TEs. In a week where the options are plentiful, he’s a candidate for the bench. There’s also a chance he just gets a ton of targets no matter what, so you can certainly play him if you need him.

We mentioned Thomas above, but Rob Gronkowski (back) could also return this week, so be on the lookout for practice reports on both. Gronk will be a must-start if active.

Enjoy the deep week while we have it because chances are, things will thin out again soon.

Note: We’ll be updating these TE PPR rankings throughout the week, so check back for the latest player movement and analysis.

Rankings based on full-point PPR scoring