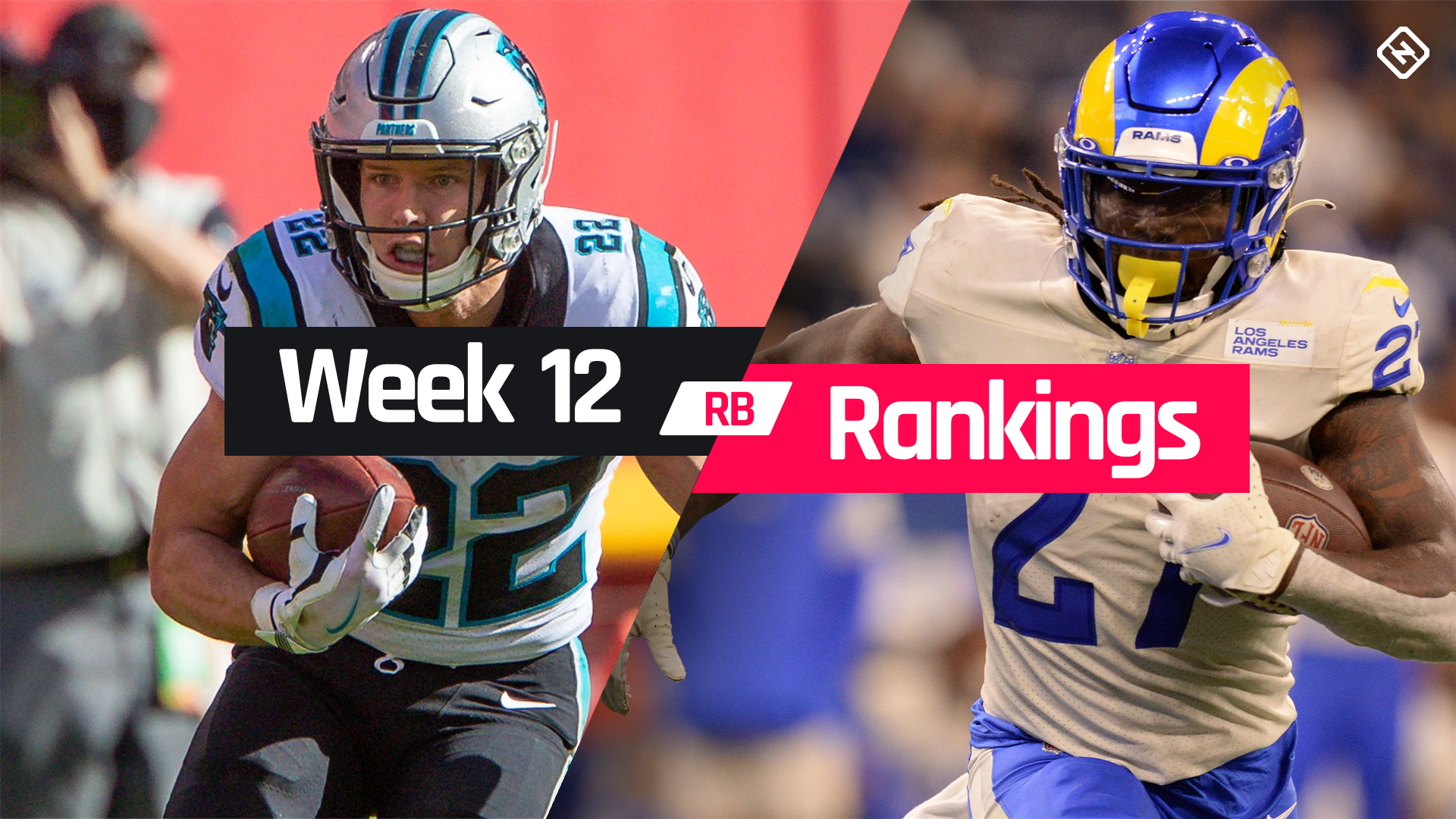 Thanksgiving week is always tough for fantasy football owners. They’re naturally distracted with holiday plans, and three Thursday games tend to create more start ’em, sit ’em headaches. That’s especially true at a position like running back, which continues to be revolving door of key players going in and out of lineups. Our Week 12 fantasy RB rankings take into account all of these factors to help make your Thanksgiving (and Black Friday) a little less stressful.

Fortunately, just two teams (Cardinals, Chiefs) are on bye this week, and while this takes away one key producer in James Conner, Clyde Edwards-Helaire and Darrel Williams can be more trouble than they’re worth now that CEH is healthy again. You can worry about that problem in Week 13.

Kareem Hunt (calf) is eligible to come off the IR this week, and if he’s ready, he’ll step into a favorable matchup against Baltimore. Miles Sanders (@ Giants), who returned last week, is in a similar spot. Both will be worth at least flex spots in all formats.

Plenty of committee situations are still up in the air. Alex Collins and the rest of the Seahawks (@ Washington), Latavius Murray and Devonta Freeman (vs. Browns), Damien Harris and Rhamondre Stevenson (vs. Titans), and David Johnson and Rex Burkhead (vs. Jets) are all tough calls. It’s tough to say who will get more carries (particularly around the goal line) in any of those committees, and with varying levels of matchups, it’s even tougher to know who you can count on. Harris has the most TD upside, putting him in line for a starting spot, but it’s tough count on any of the rest. Houston’s two backs have by far the best matchup for RBs, so it feels like at least one will pay off, but even with the favorable matchup, both have low floors.

One committee that’s in a good spot this week is Denver’s duo of Melvin Gordon and Javonte Williams (vs. Chargers). Playing time isn’t any clearer after last week’s bye, but with a matchup against a defense allowing the second-most FPPG to RBs, both Gordon and Williams should be in most fantasy lineups. Jeff Wilson Jr. (vs. Vikings), Tony Pollard (vs. Raiders), J.D. McKissic (vs. Seahawks), and Jordan Howard (@ Giants) are other secondary backs who have flex potential thanks to favorable matchups. As usual, none of have overly high ceilings, but they should have higher floors this week.

There are two committees that stand out as being in particularly bad spots, as the D’Onta Foreman and Adrian Peterson (@ Patriots) and Devin Singletary and Zack Moss (@ Saints) have two of the worst matchups for running backs. Given how low their respective floors are in general, you can’t trust any this week. That might also be true for Myles Gaskin (vs. Panthers), but he’s been dominating touches in the Dolphins’ backfield, so he has still has flex value, especially in PPR leagues, based on volume.

This is shaping up to be a “stick with your stars” type of week. There are some tough matchups for key guys, like Jonathan Taylor (vs. Buccaneers), Dalvin Cook (@ 49ers), Leonard Fournette (@ Colts), Joe Mixon (vs. Steelers), and Darrell Henderson (@ Packers), but those players are all too good to sit. Injuries will undoubtedly throw this position into flux later in the week, but we’ll deal with that as the practice reports roll in.

Fantasy RB Rankings Week 12: Who to start at running back