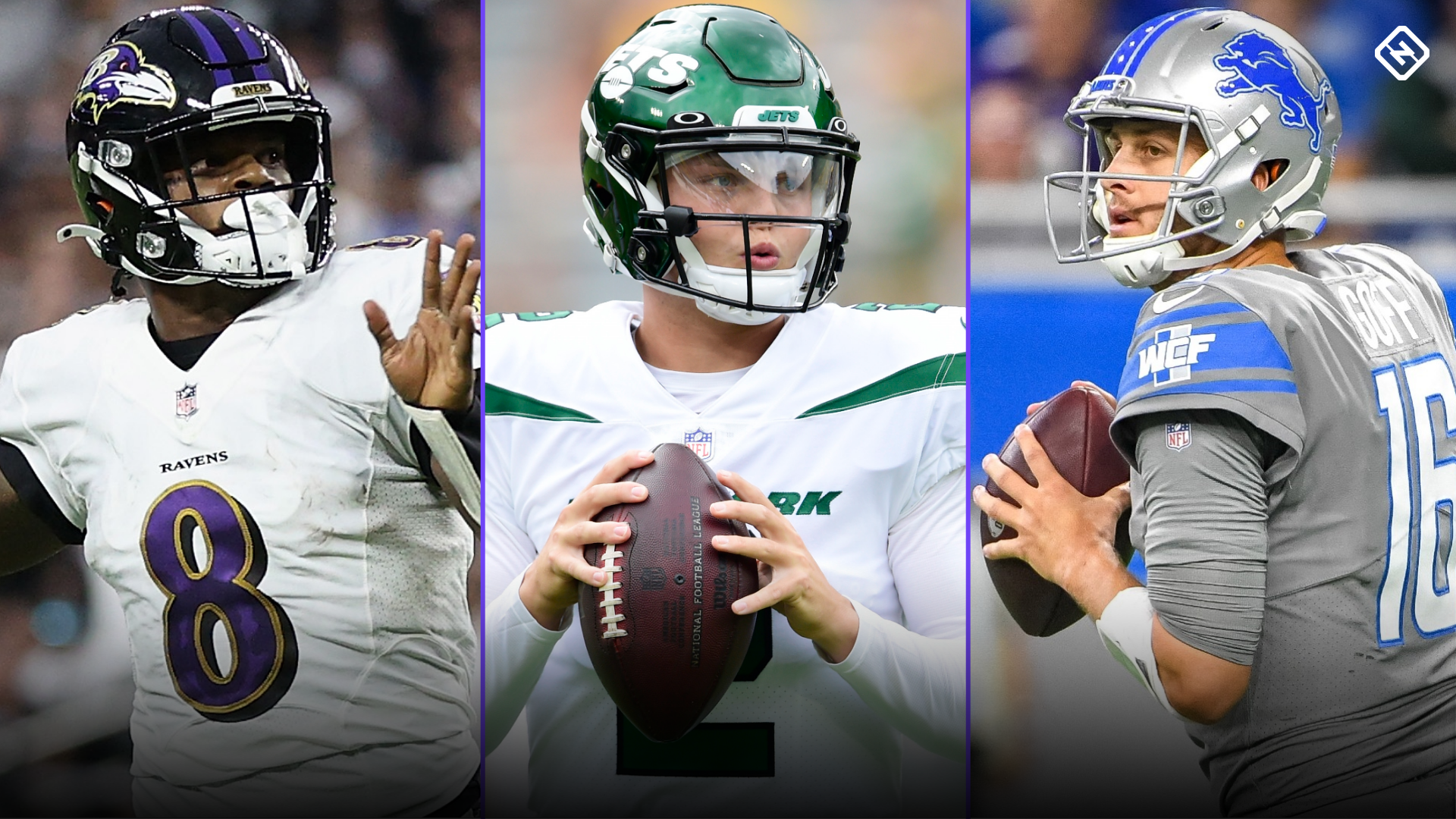 Lamar Jackson, Zach Wilson, and Jared Goff all missed last week and are in question for Week 12. Jackson’s status will affect every fantasy football, and even though Wilson and Goff aren’t popular plays in even two-QB/superflex leagues, there presences might matter for a variety of players. Get the latest injury updates on these QBs ahead of your fantasy lineup decisions.

Jackson (illness) was inactive against the Bears after an illness that was giving him issues earlier in the week flared up again on Saturday. It wasn’t COVID, so we want to assume he’ll be back in Week 12, and there have already been reports he’s feeling better ahead of Sunday’s game against Cleveland.

Jackson ranks as our QB4 for Week 12, and we know he has the No. 1 overall scorer upside any given week.

Wilson (knee) practiced in a limited capacity last week, so he could be on track to play against the Texans. However, it’s not a guarantee New York will start him even when he is healthy. We’ll just have to monitor this situation, too.

If he does play, Houston is certainly an attractive matchup, but Wilson should only be considered in two-QB/superflex leagues. If you have him on your roster in those leagues, you’re probably hurting at QB anyway, so do what you need to do in that regard. For now, we have Joe Flacco starting and rank him as our QB27.

Goff (oblique) practiced in a limited fashion Monday, so he has a chance to play against Chicago in Week 12. Honestly, Goff and Tim Boyle have similar fantasy prospects, and neither should be considered in single-QB leagues. The Lions play on Thursday, so we should have a verdict on his availability sooner rather than later.

Boyle is our QB30 for Week 12, and again, Goff would probably be right there, too.