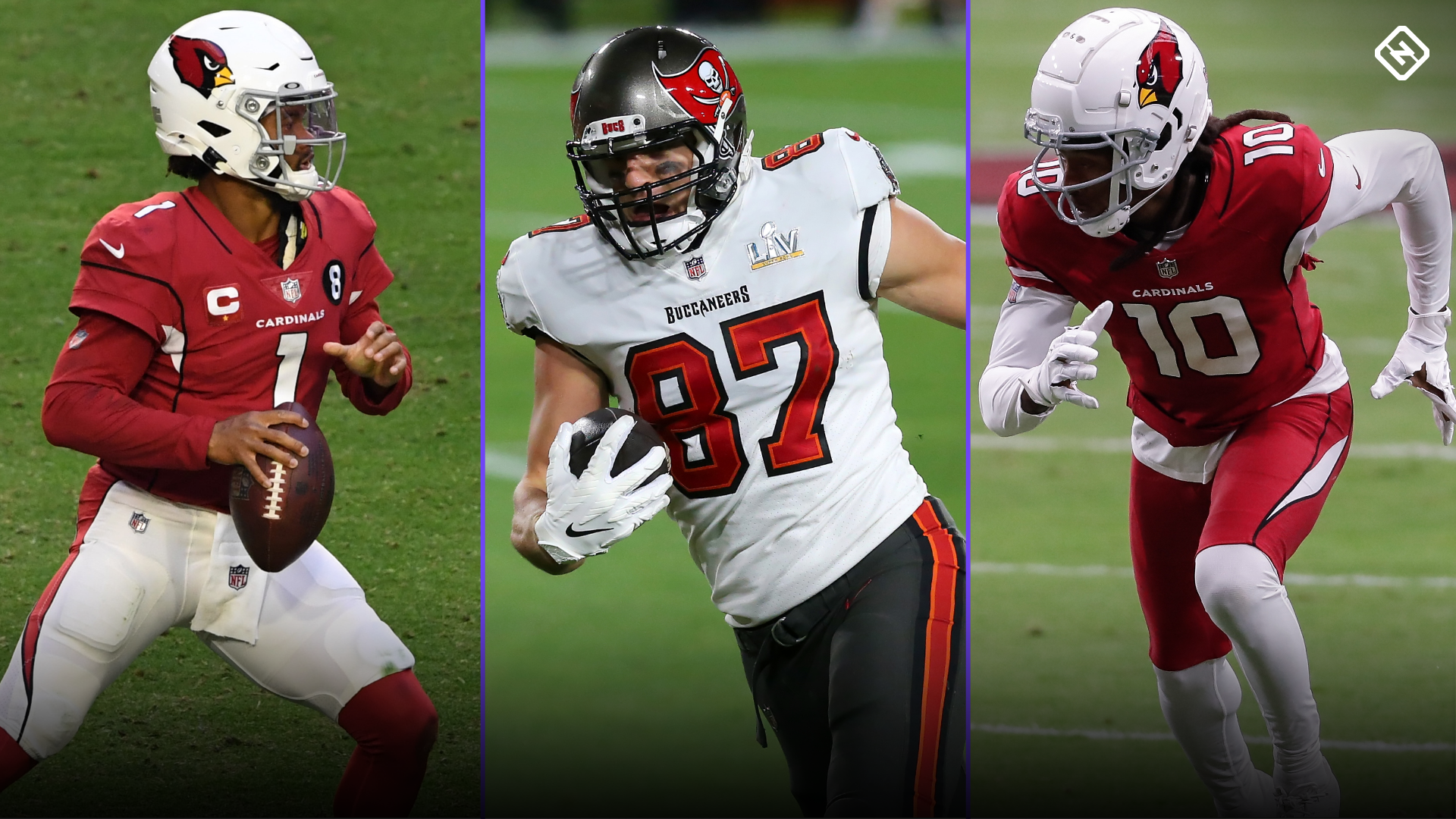 Kyler Murray, Rob Gronkowski, DeAndre Hopkins, Antonio Brown, and Logan Thomas have all at least the past two games, and since all of them possess top-10 upside at their respective positions every week, their returns to action would greatly affect Week 11 fantasy rankings. Get the latest injury updates so you’re prepared for another tough week of waiver pickups, DFS lineup picks, and start ’em, sit ’em decisions.

Cardinals coach Kliff Kingsbury said it’s going to be a close call for Murray (ankle) to play against Seattle so he obviously sounds like a game-time decision again. We’ll have to stay ahead on injury reports, but it seems unlikely he’ll practice again.

If he does play, he’s a must-start. Seattle is actually a top-10 unit against fantasy QBs, but Murray’s rushing upset and arsenal of weapons makes him matchup-proof. He is our QB5 for Week 11, so unless you have Tom Brady, Josh Allen, Dak Prescott, or Jalen Hurts, you can play Murray with confidence.

According to Bruce Arians, Gronkowski (back) probably won’t be back to full health for another week or two. That’s not to say he definitely won’t play, but you have to think Tampa Bay, who has Super Bowl aspirations, will be cautious with its veteran TE.

The Giants are a middle-of-the-pack unit against fantasy TEs, but we’ve seen Gronk play long enough to know you have to start him in normal circumstances. If he does play, there’s a decent chance he’s on a snap count, but we tend to think he’ll just be inactive if the team is going to limit him.

While we rank Gronk as the TE5 in standard and PPR leagues, there’s a good shot he’ll be removed later on. O.J. Howard and Cameron Brate aren’t trustworthy in lineups based on what we’ve seen so far.

Hopkins (hamstring) is another guy we don’t know much about this early in the week, but practice reports should tell the story. We can’t speculate much beyond that, but we have seen hamstring issues keep WRs out for longer than two games.

Seattle is a top-10 defense against fantasy WRs, but elite WRs in this league have had success against them. For that reason, Hopkins ranks as the WR5 in standard leagues and WR4 in PPR leagues. If he’s out, it’s tough to trust A.J. Green, Rondale Moore, or Christian Kirk even if Kyler Murray plays. If Murray doesn’t play, go ahead and bench all pass-catchers for Arizona with the exception of Hopkins.

Brown (ankle) hasn’t practiced in several weeks, and he’ll once again likely carry a “Q” tag into Week 11. We’ve said it many times, but the trio of stud Bucs’ WRs are always must-starts. The risk of Brown’s injury is outweighed by his exceptional upside, regardless of matchup. The Giants are just an average team against fantasy WRs, so there’s not anything to worry about on that front.

We rank Brown as the WR20 in standard leagues and WR22 in PPR leagues. If he’s out, Tyler Johnson will start in his place but not be worth a spot in fantasy lineups.

Before Week 10, Rob Rivera said Thomas (hamstring) just “isn’t ready to to be put on a football field”, despite initial thoughts he’d be ready to go. That said, we’re just going to have to monitor his status and practice reports throughout the week.

If he does play, it’s tough to love his outlook coming off an injury. Carolina is one of the best defenses in football and has allowed double-digit fantasy points to a tight end just once this season (Dalton Schultz). We still think Thomas is playable over some tight ends, but we’re limiting his expectations. He ranks as the TE18 in standard and in PPR leagues. We won’t be shocked if he well outperforms those rankings, though.