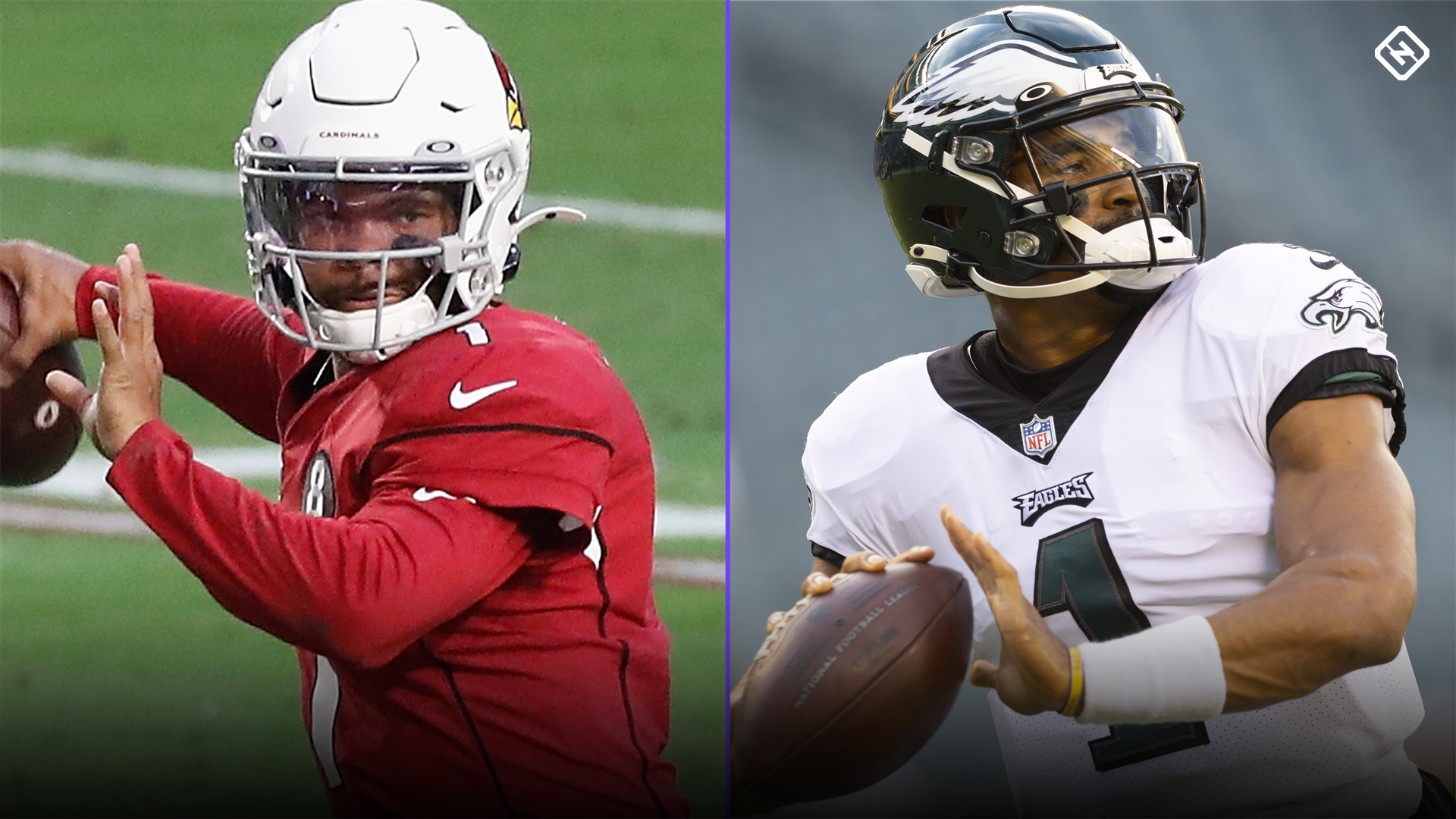 Kyler Murray and Jalen Hurts are two of the highest-floor and highest-ceiling quarterbacks in fantasy football, but both are “questionable” heading into Week 13. Murray has missed several games, so his owners should know the drill if they need to replace him, but Hurts owners might be frantically searching for injury updates ahead of locking in their start ’em, sit ’em decisions. Either way, we have you covered below with the latest news on both key QBs.

Murray (ankle) hasn’t played since Week 8, and after a Week 12 bye, most thought he would be fine for Sunday’s game against the Bears. He was only able to get in limited practices all week, though, and Cardinals coach Kliff Kingsbury said he will be a game-time decision. It was reported earlier in the week that Murray would play, but obviously his owners can’t take that for granted.

Fortunately, Murray plays an early-afternoon game, so if he’s out, there will be plenty of replacement options. For now, pencil Murray into your lineups and play him if he’s active. He might not run quite as much as usual, but he still has major upside. If he’s out, Colt McCoy will start, but he’s not worth using in single-QB leagues.

UPDATE: Eagles beat writer Derrick Gunn reported Saturday evening that Hurts will be out for Sunday’s game, but ESPN’s Adam Schefter reported later that Philadelphia will see how Hurts feels after warmups before making an official decision.

Hurts (ankle) was limited in practice all week, and it sounds like he’s a legit game-time decision. With a Week 14 bye looming for Philadelphia, it wouldn’t be a total shock if Hurts got an extra week to rest.

If Hurts is out, Gardner Minshew will start in his place. Fantasy owners in single-QB leagues should be able to find a better option, though. Hurts will remain a must-start if he’s active despite having a lower floor and ceiling because of the gimpy ankle, but if the Eagles feel he’s healthy enough to start, then it’s likely he’ll still run a good amount.