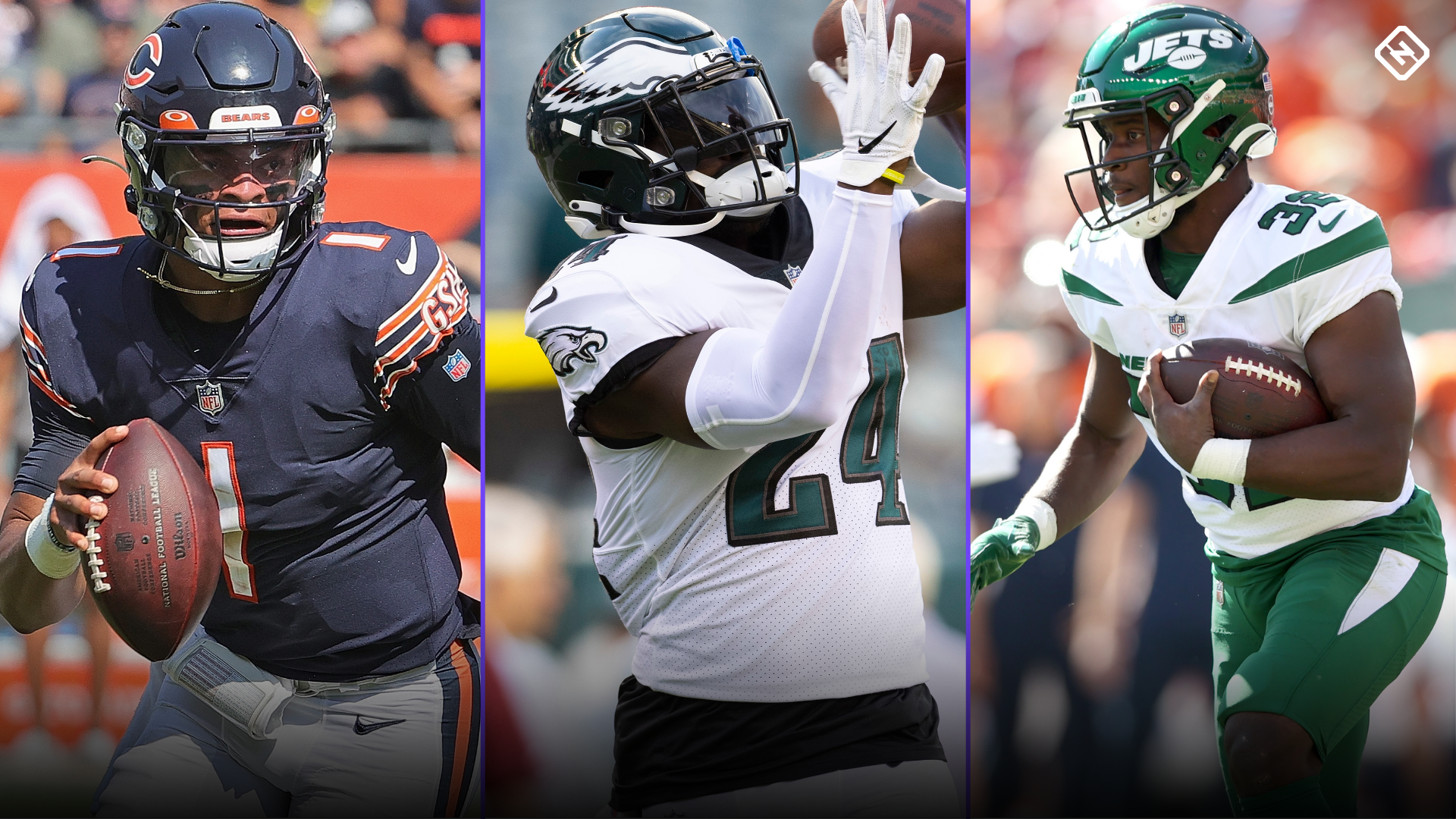 Justin Fields, Jordan Howard, and Michael Carter left left last week’s games early because of injuries. Heading the waiver wire period, their statuses will affect waiver wire pickups. With Fields, superflex/two-QB leagues will be affected, while Howard’s and Carter’s situations might cause fantasy owners to pick up handcuff RBs on the Eagles or Jets. Get the latest injury updates ahead of your Week 12 fantasy decisions.

For news on injured WRs CeeDee Lamb and A.J. Brown, go here. For all the latest fantasy news, follow us on Twitter @SN_Fantasy.

Fields (ribs) got good news when it was revealed he avoided broken ribs, but there’s a good chance he misses the Thanksgiving game against Detroit. With it being a short week and the Bears going nowhere this year, you’d think they’d be cautious with the rookie QB. However, we’ll have to keep an eye out on this as we head toward Thursday.

For now, we rank Fields as the QB19 against Detroit. If Andy Dalton starts, he’ll be a deep league streamer based on the matchup.

Howard (knee) was injured in the third quarter of his game against New Orleans, but it’s unclear what the severity of the injury is at this time. If he’s good to go, he’s one of our top waiver options as we saw him keep a significant role in the offense even when Miles Sanders came back. If he can’t go for a while, Boston Scott or Kenneth Gainwell will earn touches, but it’s tough to know who. Both would be decent pickups as fliers.

Howard is our RB30 in standard and RB33 in PPR against the Giants this week. If he’s out, Sanders would move up into a little “safer” of an RB2, while Scott would be slotted around where Howard is now.

Carter (ankle) left his Week 11 game against Miami with an ankle injury, and his status will need to be monitored in the lead into Week 12. We’ll see how things go, but this could be a great spot for Carter to continue breaking out against a bottom-10 defense against RBs in Houston. Tevin Coleman and Ty Johnson would likely be a 50/50 committee if Carter is out.

Carter is our RB18 in standard and in PPR leagues.