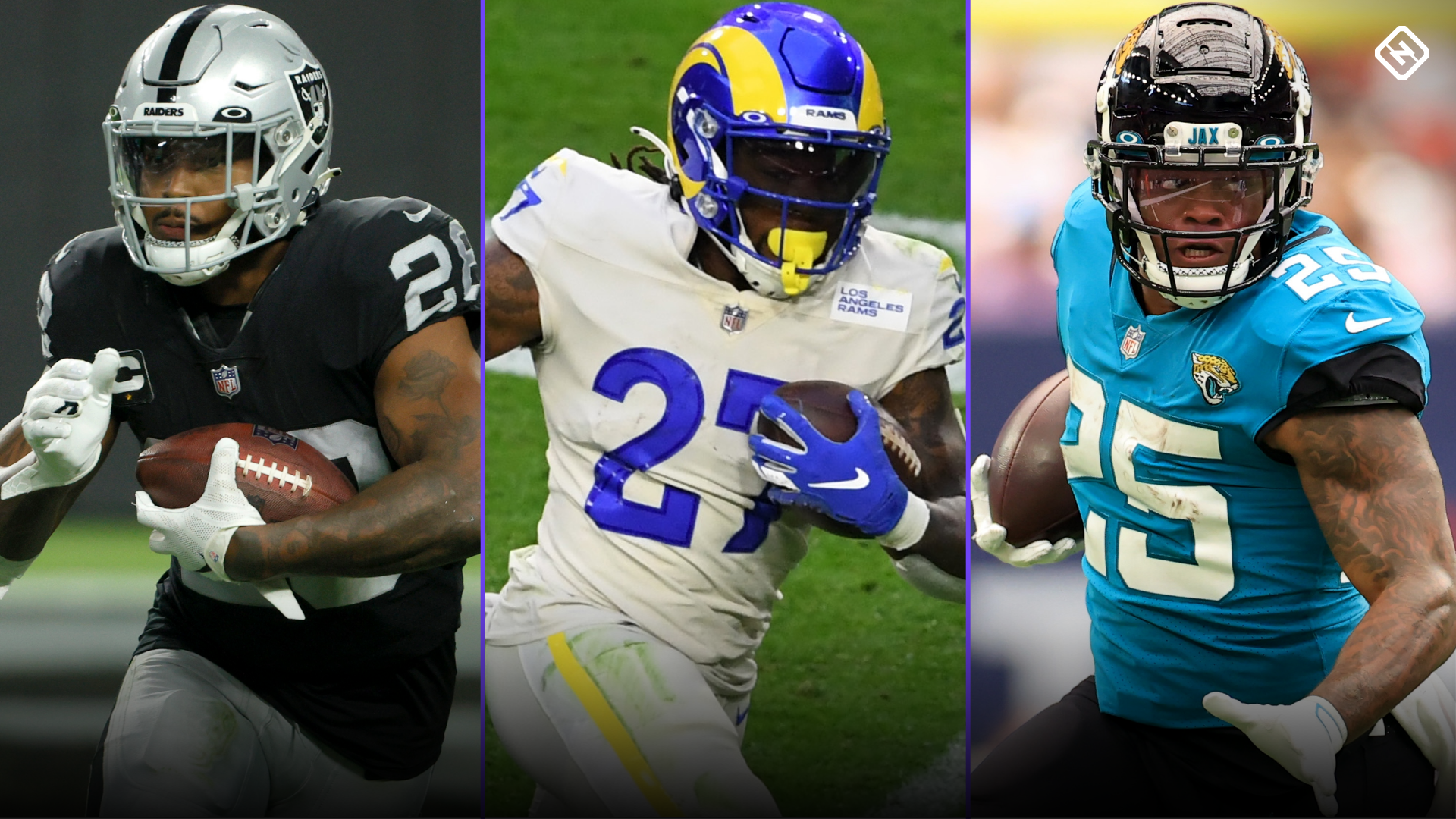 It’s a big week for many fantasy football owners, and being without a key running back like Josh Jacobs, Darrell Henderson, or James Robinson (and maybe even Alex Collins) could be devastating. All four RBs are “questionable” going into late-afternoon games in Week 13, and you can bet plenty of start ’em, sit ’em decisions will hang in the balance until the final injury reports are released. Fortunately, we’ll be here to help with the latest updates throughout the day on Sunday.

Jacobs tweaked his ankle in practice on Wednesday, but after getting in two limited sessions on Thursday and Friday, he seems likely to suit up against Washington on Sunday afternoon.

If Jacobs is out, Kenyan Drake would handle the bulk of the RB touches and be a RB2/flex in this neutral matchup. As long as Jacobs is active, though, he should be in fantasy lineups.

Henderson (quad) got in a limited practice session on Friday, which would seemingly put him on track to play against Jacksonville on Sunday.

If Henderson is out, Sony Michel would start and handle the bulk of the carries. His volume and TD upside would still make him a high-end flex, but he doesn’t have quite the sa me all-around appeal as Henderson. If Henderson is active, consider him an RB2 with Michel only working as a desperation flex in standard leagues.

As has been his usual the past few weeks, Robinson (ankle, heel) was limited in practice throughout the week and is listed as “questionable” for Sunday’s game.

Robinson is expected to play against the Rams, but if he’s a surprise scratch, Carlos Hyde would handle the bulk of Jacksonville’s RB touches. He wouldn’t be anything more than a volume-based flex, but he still has some upside given how much Jacksonville usually throws to its backs.

Collins (abdomen) was limited in practice all week and is officially “questionable” for Seattle’s late-afternoon game against the 49ers.

Rashaad Penny (hamstring) and Travis Homer (calf) are also “questionable,” but considering they got in more full practices than Collins, they seem likely to suit up. At this point, Collins’ lack of production figures to cost him snaps, so even if he plays, he’s awfully tough to trust. If he’s out, Penny and DeeJay Dallas would likely see the bulk of the RB touches, but given the matchup and unpredictability of this backfield, neither should be trusted in fantasy leagues.