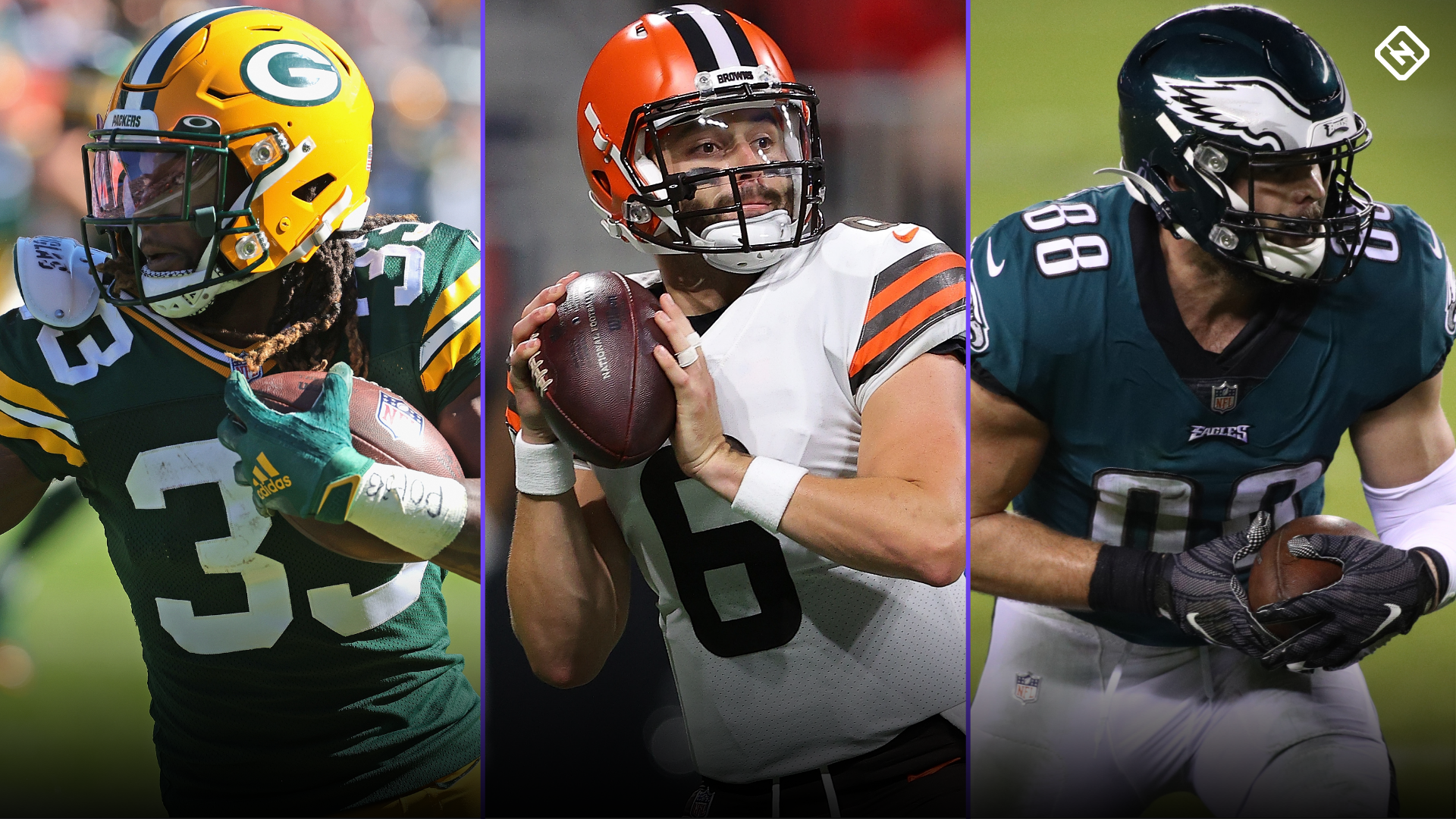 Aaron Jones, Baker Mayfield, and Dallas Goedert were among the most notable injured players last week. It was a mostly mild week when it comes to new injuries, but we’ve seen Jones and Goedert be studs at their positions in the past. Mayfield draws a favorable matchup this coming, so his status will affect Week 11 fantasy rankings and waiver pickups, too. Get the latest injury updates so you’re ready for the start of a new week.

Early reports say Jones sprained his MCL against Seattle, but he’ll undergo further testing early this week. If that’s the case, he won’t be out for a huge chunk of time, but he could certainly miss Week 11 against Minnesota. There’s not much else to say here, but stay tuned.

If he’s out, AJ Dillon likely takes on a workhorse role. Minnesota is about a league-average team against RBs, but with the scarcity at RB right now, and the presumed heavy volume, Dillon ranks as our RB15 in standard and RB16 in PPR.

Mayfield (knee) left the game against the Patriots, but early signs point toward it being a minor injury. The Browns were getting crushed, so they likely held out Mayfield as a precaution. We’ll see if something changes later in the week. Case Keenum would start for Cleveland if Mayfield can’t go.

Before Mayfield’s injury, we identified him as a streaming option in a matchup with Detroit. However, if he is banged up, there’s no guarantee Mayfield will be productive in this matchup. That said, he’s a low-end streaming option and is best suited for superflex/two-QB leagues. He is our QB16 in Week 11.

Goedert (concussion) will have to clear concussion protocols before being allowed to play against New Orleans in Week 11. As usual, we won’t speculate but just wait and see later in the week.

If he can play, he ranks as our TE12 in standard and TE13 in PPR leagues. New Orleans is the fourth-best defense against fantasy TEs, so his path to success is tough. If he can’t go, Jack Stoll would get the start at tight end, but we’re not touting him as a good option given the matchup.