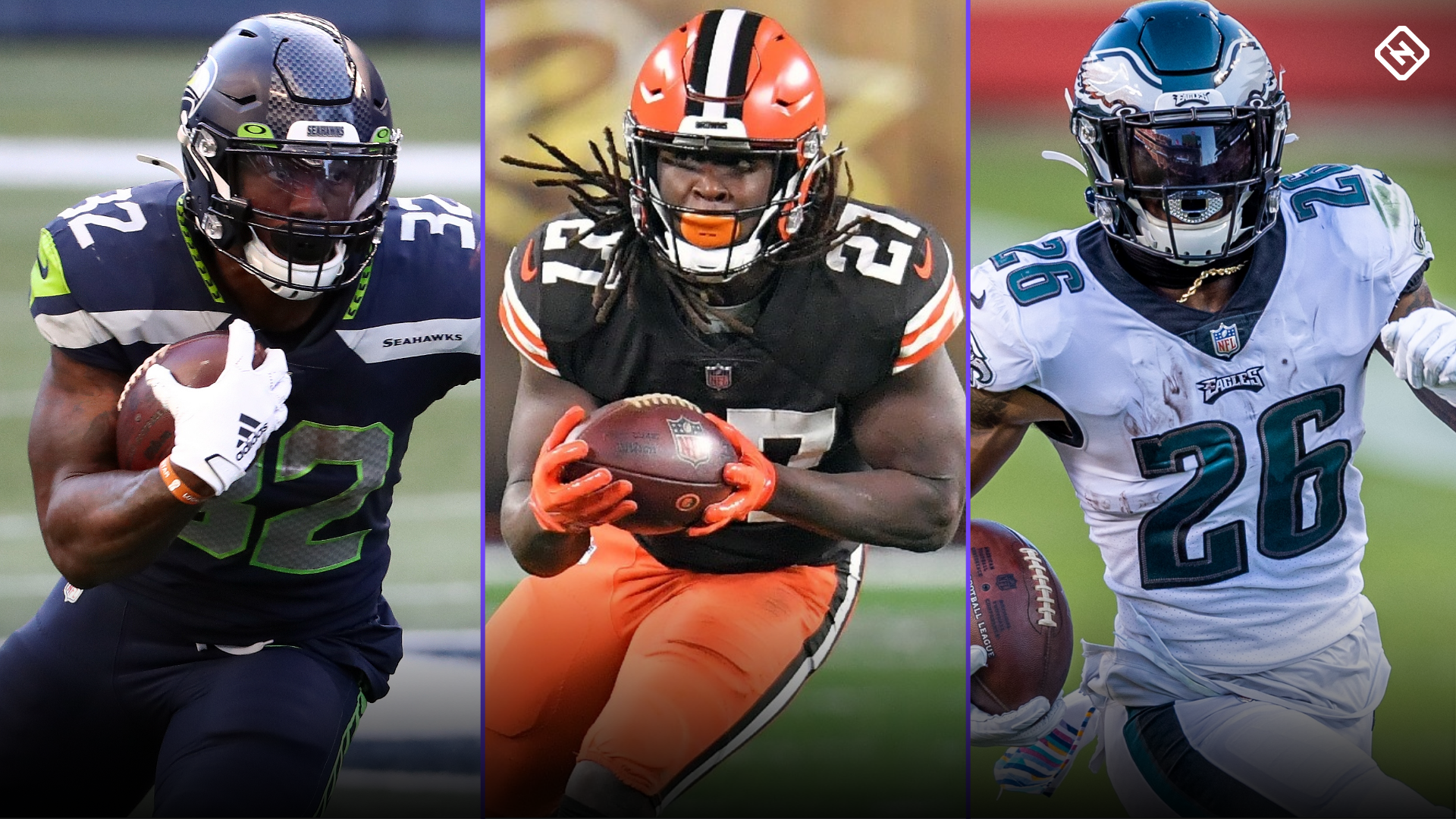 We know RB is the most fragile position in football, but Chris Carson, Kareem Hunt, Miles Sanders, and Clyde Edwards-Helaire are just a few of the backs who have spent time on injured reserve this season. All of them currently reside on IR and are eligible to return as soon as this week. That said, none are guaranteed to return, so we’ll have to monitor their statuses. With so many impactful ball-carriers in question, Week 11 fantasy RBs rankings and waiver pickups could be greatly affected.

Carson (neck) remained out in Week 10, and Pete Carroll says the team will “revisit” his situation on Wednesday. That said, we don’t know much, but early reports said this could be an injury that keeps him out for a while. If you own Carson, don’t get your hopes up too high, but stay tuned for further updates.

His Week 11 opponent, Arizona, is a top-10 unit against fantasy RBs, and it’s tough to think Carson will get a full workload if he plays. If he remains out, Alex Collins will be in the low-end RB2 territory. Just know both RBs have super low floors in what should be a pass-happy game if Kyler Murray (ankle) is back on the other side of the ball.

Hunt (calf) remained out against the Patriots, but his time could be coming any time soon. Until more comes out of Cleveland later in the week, we won’t know much about his status, but considering his original diagnosis was four-to-six weeks, we don’t have him in our rankings.

If he does play, consider him a solid RB2 option against Detroit.

Sanders (ankle) has been out for a few weeks now, and it’s tough to be optimistic about him when he finally does return. Nick Sirianni already alluded to the idea of keeping Jordan Howard heavily involved in the offense, and to be frank, Boston Scott and Kenneth Gainwell have been more efficient this year, too. When Sanders returns, he could simply walk into a three or four-man committee in the Eagles’ backfield.

For this week, his chances to play don’t look great, but he’s probably a guy to bench against New Orleans’ top run defense due to all the uncertainty.

Of all the guys mentioned here, CEH (knee) has the best chance to return in Week 11. Andy Reid said he has a good shot to play against the Cowboys, and we’re taking his word for it. Like Sanders, Edwards-Helaire has somewhat been shown up by his backup in his absence. Darrel Williams has had a higher target share and has produced two fantasy performances that would be CEH’s best career days.

Obviously, Andy Reid and Co. don’t care about the fantasy points, but the production is tough to ignore. It’s tough to imagine CEH completely taking over the backfield in his first game back from injury. All that considered, we rank him as the RB23 in PPR leagues and RB22 in standard facing off with a top-six team against fantasy RBs.