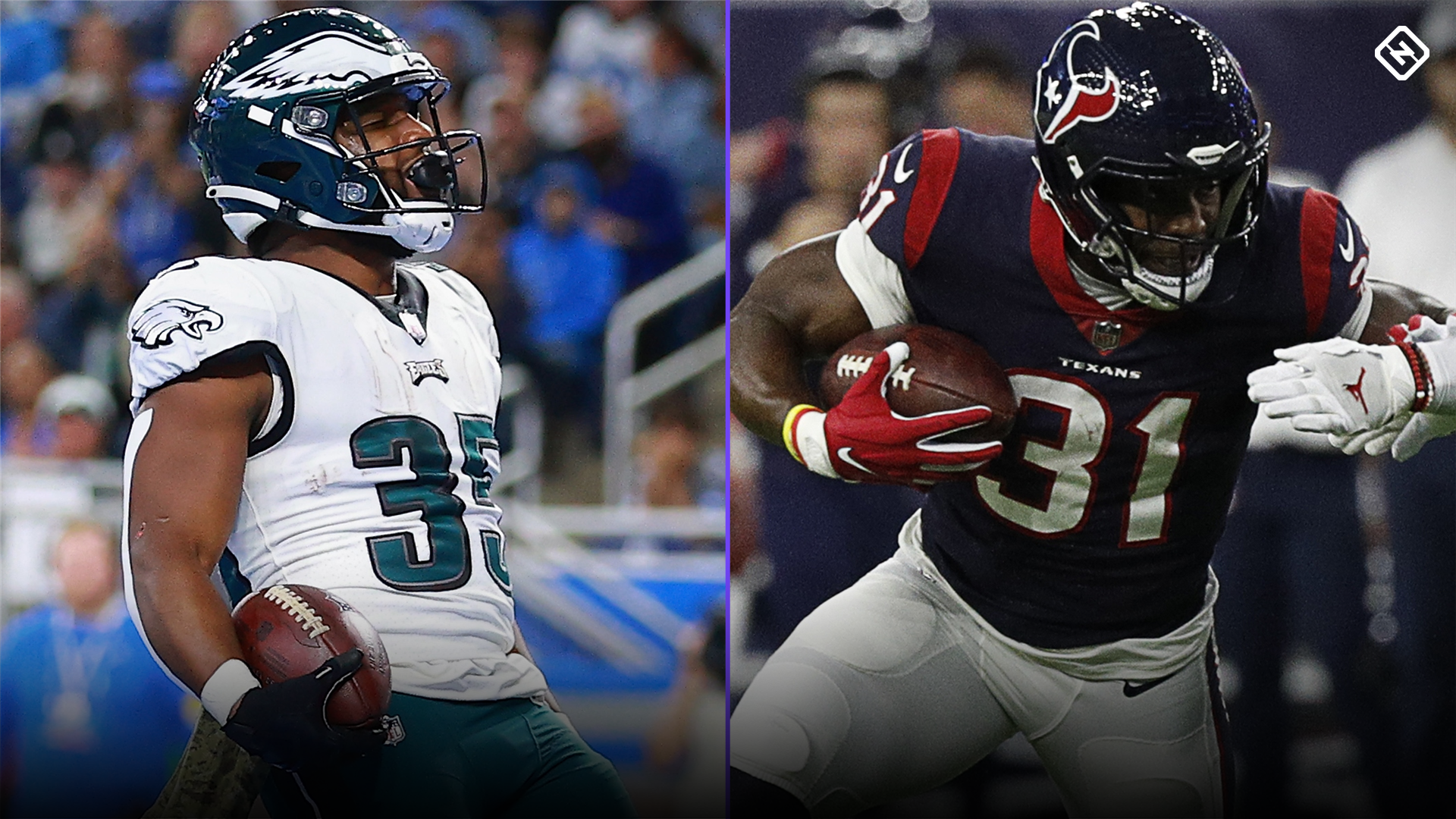 Week 13 has already been tough on RBs, with Alvin Kamara (knee), Dalvin Cook (shoulder), D’Andre Swift (shoulder), Jordan Howard (knee), and Melvin Gordon III (hip) ruled out and a host of key late-game running backs deemed “questionable” (James Robinson, Darrell Henderson, Josh Jacobs, Clyde Edwards-Helaire). By comparison, early-afternoon RBs Boston Scott and David Johnson aren’t that important, but given the sorry state of many fantasy start ’em, sit ’em decisions, every high-volume RB has potential value. As such, we know there are owners out there who need the latest injury updates on Scott and Johnson, which we’ll provide below.

Scott missed practice all week because of a non-COVID illness. At this point, it’s tough to speculate on his availability for Sunday’s game against the Jets, but if he’s active, he’s a must-start in this highly favorable matchup.

The Jets allow the most fantasy points per game to RBs, so if Scott is out, Kenneth Gainwell should see enough touches to be worth a flex spot. Miles Sanders would be a borderline RB1 either way, and if Scott plays, he’d be a high-end RB2.

Johnson (thigh, illness) was unable to practice this week, though it’s unclear if that was due more to the illness or the thigh injury. If the illness was more responsible for his inactivity during the week, then Johnson still has a decent chance to suit up against the Colts.

At this point, it’s tough to speculate whether Johnson play, but given the matchup, fantasy owners are better off not counting on him. Rex Burkhead splits time fairly equally with Johnson anyway, so if Johnson is out, Burkhead is a solid volume-based flex in both standard and PPR leagues. If Johnson is active, it will be tough to start either Texans’ back.