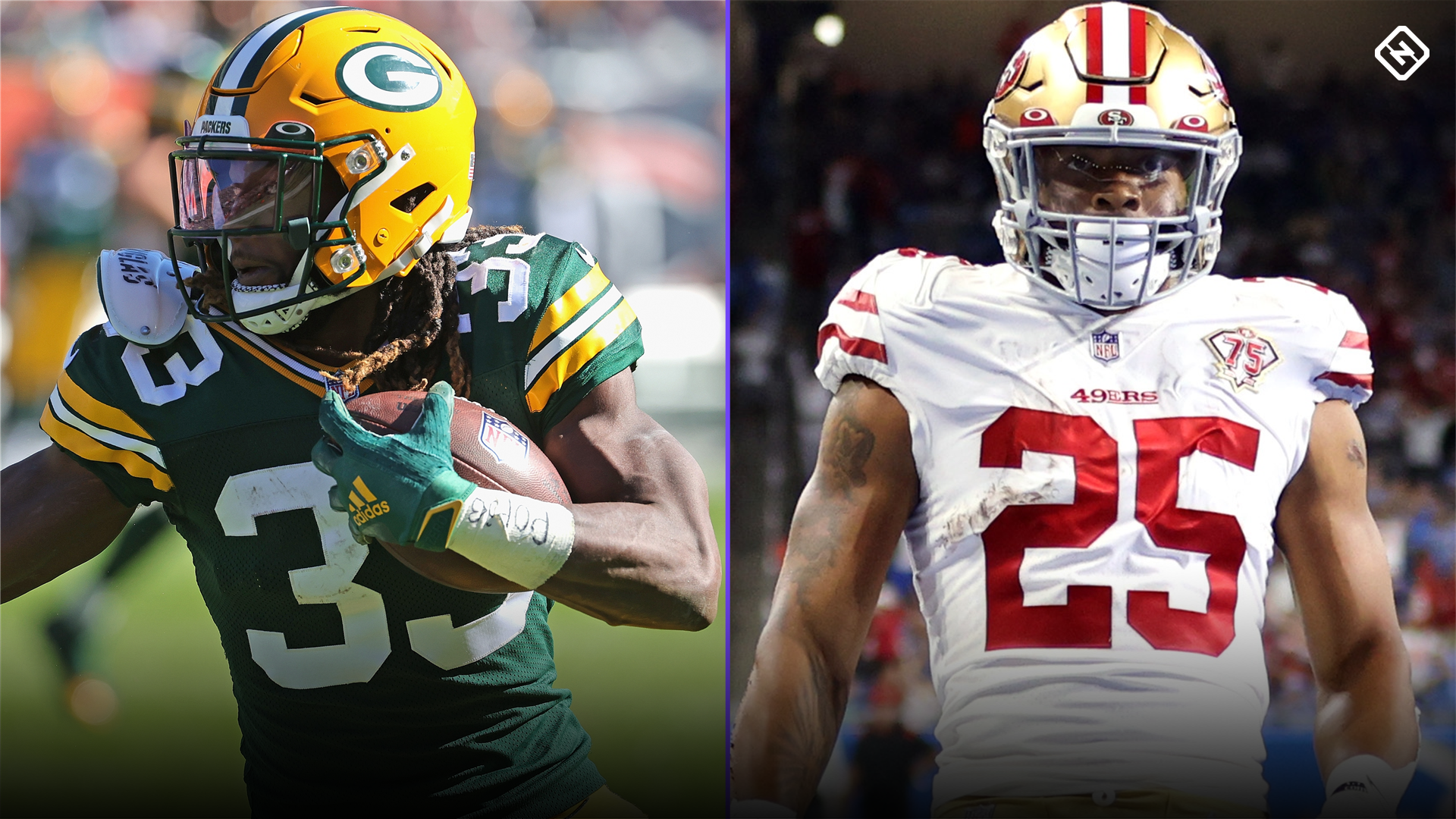 It’s never easy to navigate the running back position this late in the year. Injuries knocked out Alvin Kamara, Mark Ingram, Jordan Howard, and Michael Carter before the games even began, and D’Andre Swift and Ezekiel Elliott got hurt during Thursday’s contests. Throw in “questionable” RBs from the early games (Damien Harris, Rhamondre Stevenson, Saquon Barkley, Cordarrelle Patterson) and late games (Aaron Jones, Elijah Mitchell), and fantasy football owners everywhere are dealing with start ’em, sit ’em headaches. That’s why we’ll be here throughout the day on Sunday with the latest injury updates below on Jones and Mitchell.

Jones (knee) was originally given a “one-to-two-week” timetable when he was injured in Week 10. After missing last week and getting in three straight limited practices this week, he’s in play to get on the field against the Rams. Jones is officially “questionable” and will be a game-time decision.

Even if Jones is active, it’s likely he won’t get a full complement of touches. AJ Dillon has proven himself as a runner, even getting more carries than Jones in a close game when both were healthy in Week 8. At this point, it might be easier for both Jones and Dillon owners if Jones gets another week off. If Jones plays, consider both backs flexes with upside. Given their talent, both could easily pay off as worthwhile starters, but they obviously come with risks, as it’s impossible to predict their usage.

Mitchell (finger) was only using his left hand in practice early in the week, and coach Kyle Shanahan said on Friday that the team will be able to protect Mitchell’s broken finger if he’s “comfortable” playing. So, despite being “questionable” after a week’s worth of limited practices, it sounds like it’s up to Mitchell whether he plays against the Vikings.

If Mitchell can’t go, Jeff Wilson Jr. will once again start and handle the bulk of the RB touches. He’s worth a spot as at least a flex against a Vikings defense that’s struggled against running backs all year. If Mitchell is active, we can reasonably expect him to be a full-go, which should yield around 15 touches and RB2-level production. JWJ will get enough touches to be a potential flex, but Mitchell has dominated playing time in this backfield when healthy.

If you’re going to wait for Mitchell, make sure you have a backup from the late games. Have him in your flex spot so you can sub in a WR or TE in addition to an RB if you have to.