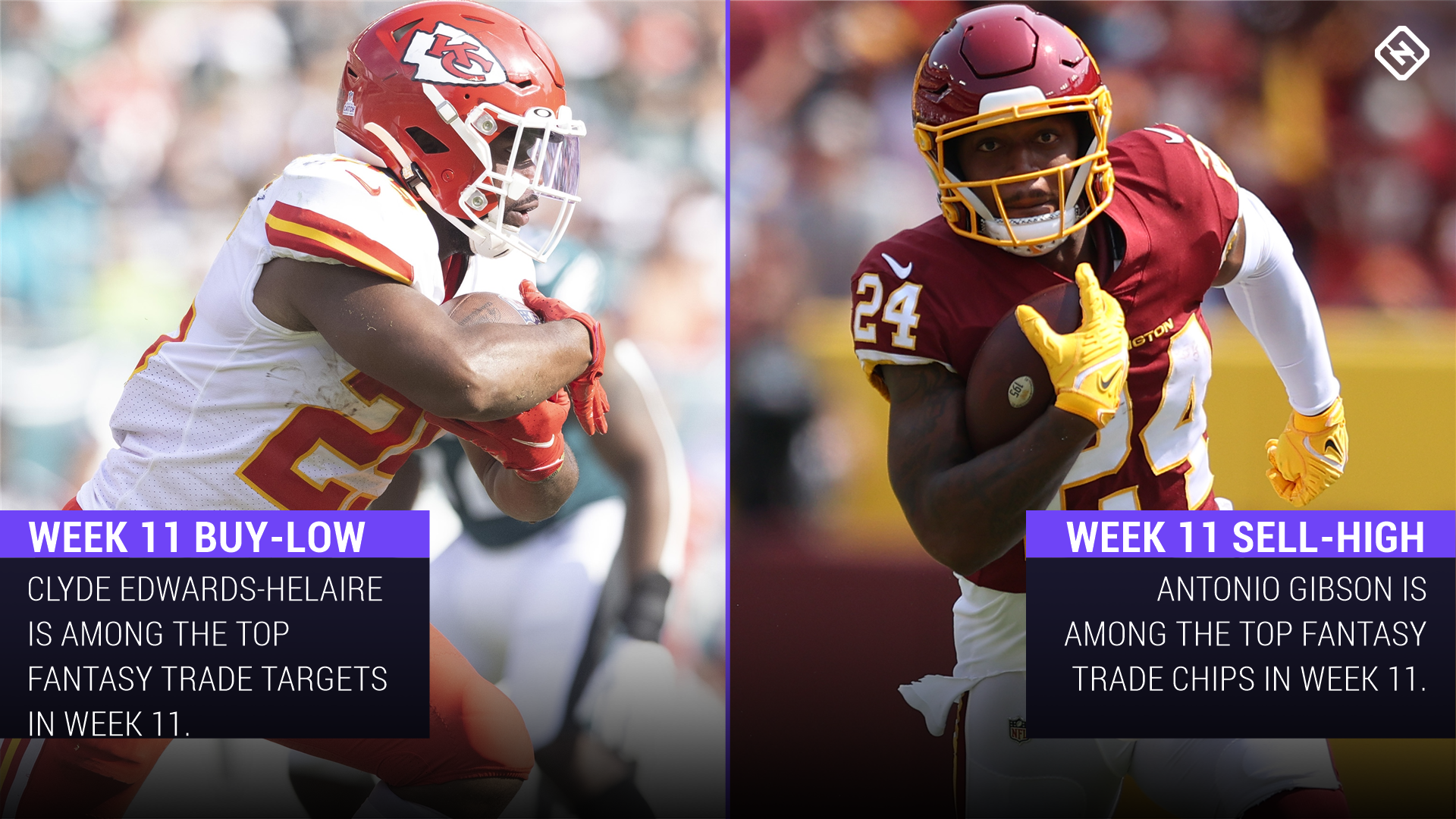 Fantasy football trade deadlines are coming up in some leagues, so time is running out to make a deal. Matchups need to be studied, trade targets must be identified, and negotiations should begin. Yes, it’s buy-low, sell-high season, and FantasyPros is here to help with tips and trade advice in their Week 11 Stock Watch that includes James Conner, Clyde Edwards-Helaire, Antonio Gibson, Cordarrelle Patterson, and A.J. Brown, among others.

We know injuries will be an ongoing issue, and matchup outlooks will likely change as the year rolls on. If you’re fighting for a playoff spot, you should focus more on live bodies and matchups over the next couple weeks. If you feel your playoff spot is safe, focus on Weeks 15-17. Obviously, you need to take more into account than that, like the matchups of other players on your team, injury risks, usage trends, etc., but it’s all about figuring out what you’ll need for the most important matchups of the season. Unfortunately, that’s the easy part, as negotiations don’t figure to go exactly the way you want.

Remember that trade values can change quickly in fantasy football, so don’t get too locked in on a specific target. Change your thinking as the trends change, but don’t be afraid to strike if you have a good offer on the table, even this early in the season. — Matt Lutovsky

James Conner, RB, Cardinals. Conner didn’t erupt in Week 10 against the Panthers, likely because the Arizona offense played so poorly without Kyler Murray (ankle). This gives us a bit of a “post-hype” buying opportunity. Conner’s usage remained consistent with his monstrous Week 9 (68-percent RB rush share to 63 percent, 19-percent target share to 14 percent). He’s still a high-end RB2, if not an RB1, until Chase Edmonds (ankle) returns.

Clyde Edwards-Helaire, RB, Chiefs. Kansas City’s offense finally got back on track in Week 10, which is a great sign for CEH’s fantasy value upon returning his knee injury. He was “looking great” in practice during Week 10, so he should be ready to go in Week 11.

Antonio Gibson, RB, Washington. Gibby put up his first top-12 week of the fantasy season against the Bucs, which makes this a strong time to sell. Washington hasn’t seen many positive game scripts as they did against the Bucs, and it’s unlikely they see more of them moving forward. Gibson never took on the three-down role we were all hoping he would back in the summer, and he’s still dealing with a nagging shin injury.

A.J. Brown, WR, Titans. Brown isn’t necessarily a “buy” coming off his Week 10 dud versus the Saints, but fantasy owners also shouldn’t be panicking. He was matched up with star corner Marshon Lattimore, and Tennessee’s run-first offense has always limited AJB’s opportunities. He typically thrives on efficiency, which has proven to be a more volatile proposition in 2021. His talent keeps him in the low-end WR1 conversation moving forward.

Cordarrelle Patterson, RB, Falcons. If you just look at Patterson’s Week 10 playing time without context, then you might come away a bit concerned. He had his lowest RB rushing share of the season in addition to his second-lowest target share of the year. This was due to game script, however, as Week 10 got away from the Falcons in a hurry. Continue to value C-Patt as a low-end RB2 moving forward.