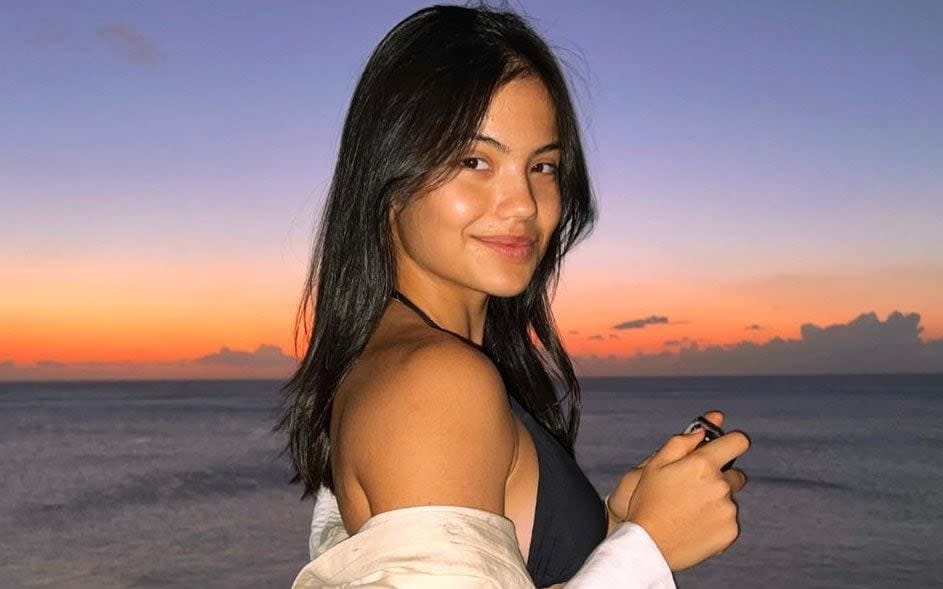 Emma Raducanu has been enjoying her “only holiday in seven years” ahead of her first match on home soil since her US Open victory.

The 19-year-old is the star attraction this Sunday as tennis bids farewell to 24 years of annual matches at the unlikely destination of the Royal Albert Hall.

Ahead of her appearance at the sold-out event, she declared on her social media channels that she was “feeling so ready and pumped for pre-season” thanks to her long-awaited break.

The teenager, who has enjoyed a whirlwind first season in professional tennis since finishing her A-levels, has spent the past week on a beach holiday recharging.

Her team has deliberately kept her holiday destination a strict secret, but she has posted pictures of herself in recent days on the coast and also enjoying some jet-skiing.

She had said prior to the trip that she had not been on holiday since her parents took her to Switzerland seven years ago.

But the Albert Hall event, which sold out within a week, has been reassured that she will fly back in time to play her Romanian friend Gabriela Ruse in an exhibition match.

Organisers of the Champions Tennis matches have announced that this is the last year at the Royal Albert Hall, a popular event which first caught the imagination of tennis fans after John McEnroe and Bjorn Borg renewed their famous rivalry by playing at it 24 years ago.

A new venue is being sought to allow the competition, which is generally aimed at veteran players, to “grow and adapt the event”.

For the Albert Hall, it means the end of a dramatic annual conversion from concert hall into a tennis stadium.

A non-stop 24-hour build is required to allow staff to take out the front six rows of the stalls seats and construct a stilted wooden floor for the acrylic hard court to sit on.

The likes of Boris Becker, Pete Sampras and Tim Henman have also previously played at the event.