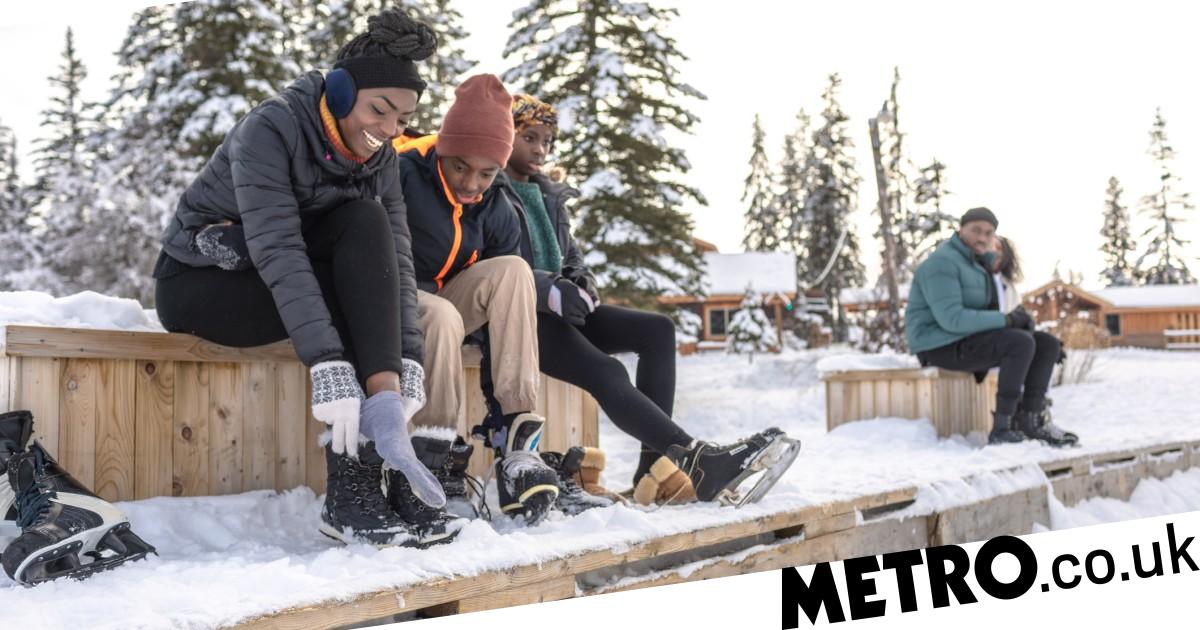 When thinking of ways to fill your weekends in London, sometimes the sheer variety can make it hard to choose, and Christmastime is no different.

However, especially during the festive season, it really pays to plan ahead before what you decide you want to do gets booked up.

Whether you’re looking for a bit of inspiration or for specific events, we’ve got a selection of some of the best things to do in London this Christmas.

Go to a Christmas market

There’s a wealth of Christmas markets to choose from in the city, making them a firm festive favourite among Londoners.

And, of course, you’ve got classic Christmas markets like the Southbank Centre Winter Market, which offers food, drinks and, crucially, festive gifts as you amble along the Thames.

Check out a light trail

You can catch different Christmas light trails all over the city, with the likes of Christmas at Kenwood, Christmas at Kew and Lightopia at Crystal Palace promising to be particularly impressive.

Kenwood House gardens, which border Hampstead Heath, are set to be transformed into a ‘dazzling winder wonderland’ this year, and attendees will feast their eyes on a range of different displays involving sound, fire and, of course, light.

Christmas at Kew promises reflections that dance in water and trees covered in colourful lights, and the award-winning Lightopia show will have interactive displays, lanterns, lasers and watershows.

Take in a show

From ballet to West End musicals, there’s plenty to see on stage at Christmas this year.

For musical fans, West End Musical Christmas will be shown at the Lyric Theatre, and for the kids, Peppa Pig’s Best Day Ever will be performed at the Theatre Royal, Haymarket from December 2 until January 2.

Visit Hogwarts in the Snow

Running from Friday 12 November until Sunday 16 January, Potterheads will be able to enjoy Christmas in the wizarding world.

Hogwarts in the Snow is the Warner Bros. Studio Tour’s annual Christmas special, offering visitors the chance to explore the sets they know and love in their wintery forms.

You’ll see the Great Hall adorned in wreaths and garlands, and the cobbles of Diagon Alley will be covered in snow ready for you to explore.

When it comes to festive activities, there are few things more on-theme than ice skating.

The Natural History Museum’s ice rink is back for its final year until 16 January – after this year, the powers that be are planning to change the space into a more wildlife-friendly ‘hub’.

Skate at Somerset House is also coming back this winter, in partnership with Moët & Chandon, and promises to be very photo-friendly indeed.

Check out a screening of your favourite festive films

Cinemas all over London will be taking the holidays as an excuse to run some festive classics.

Beloved independent theatre The Prince Charles Cinema will be screening movies like It’s a Wonderful Life, Elf, and The Muppet Christmas Carol throughout the season.

Meanwhile, the very popular Backyard Cinema has set up a Snow Kingdom and a Winter Night Garden in their Wandsworth location, and is hosting Christmas Movie Spectacular events complete with a live choir and an original story read by George the poet.

Whether you want to join in the singing or watch and enjoy, carolling in London is a treat.

Many of the carolling nights at St Pauls Cathedral are free, with a range of different events for different causes taking place from late November through December.

Check out a grown-up Christmas party

From bars offering new Christmas cocktails to festive club events, you won’t be short on ways to party.

For example, The Underworld Camden is hosting a Camden Rocks Club Xmas Party on 18 December, which promises to get you dancing the night away to ‘indie-rock icons’, and the Queen of Hoxton roof has been kitted out with a cosy covered wigwam and fire pits as part of their Alice In Winterland-themed decor for the season.

This article contains affiliate links. We may earn a small commission on purchases made through one of these links but this never influences our experts’ opinions. Products are tested and reviewed independently of commercial initiatives.


MORE : I have my Christmas decorations up already and I don’t care what anyone thinks


MORE : McDonald’s Christmas advert 2021 is so emotional people are warning others not to watch it