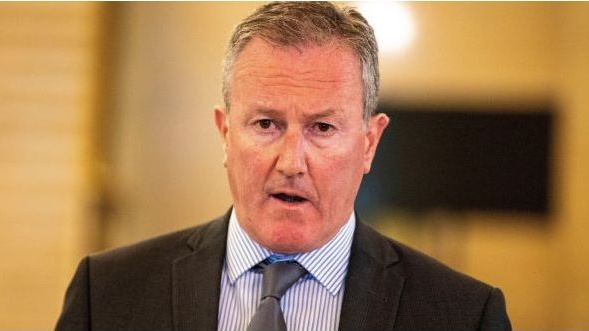 The DUP has called for an equality investigation into a decision to prevent a tree being planted on the Stormont estate to mark the platinum jubilee of Britain’s Queen Elizabeth.

The party accused Sinn Féin finance minister Conor Murphy of “intolerance and disrespect” after he declined approval for the tree planting.

It has written to the Equality Commission for Northern Ireland, which oversees adherence to equality laws in the region, asking for the decision to be investigated.

Mr Murphy, whose department has responsibility for the grounds of the Stormont estate, insisted that official policy dictated that only “international events” could be commemorated with physical structures or planting.

DUP Assembly member Joanne Bunting had sought permission to plant a tree on the estate as part of the queen’s Green Canopy project, an initiative that encourages people across the UK to “Plant a Tree for the Jubilee”.

“Since 2016 my department’s policy on commemorative structures or planting on the grounds of the Stormont estate is to approve only those requests which commemorate international events such as World Aids Day, International Labour Day or Holocaust Memorial Day. This extends to the installation of plaques, benches or similar structures,” he said.

“I therefore cannot give approval for a tree to be planted on the estate but I wish you well in marking this event.”

The rejection is the latest in a series of recent incidents where unionists have accused Sinn Féin of preventing commemorative acts associated with their tradition.

The commission, made up of representatives of the main parties, has responsibility for Parliament Buildings, whereas the Department of Finance is responsible for the surrounding grounds.

Sinn Féin insisted the stone had been “designed and commissioned by representatives of one tradition” and accused unionists of failing to consult with other parties about their plan.

Mr Murphy also turned down a DUP request last year to plant a commemorative rose bush to mark Northern Ireland’s centenary within the Stormont estate. There was a similar row at Belfast City Council in October when Sinn Féin blocked a proposal to light up City Hall to mark the centenary.

The party’s group leader on the council Ciaran Beattie then said the partition of Ireland was “nothing to celebrate” and argued the symbolic lighting of the building would have adversely impacted nationalists in the city.

Ms Bunting has criticised the rejection of her tree proposal and called on the Equality Commission to step in.

The DUP has pointed out that former DUP finance minister Sammy Wilson gave permission for a tree to be planted at Stormont to mark the 125th anniversary of the GAA in 2009.

“This is further proof that Sinn Féin doesn’t want a unionist about the place,” said Ms Bunting.

“They demand tolerance and respect but demonstrate nothing other than sheer intolerance to mark Northern Ireland’s very existence.” – PA