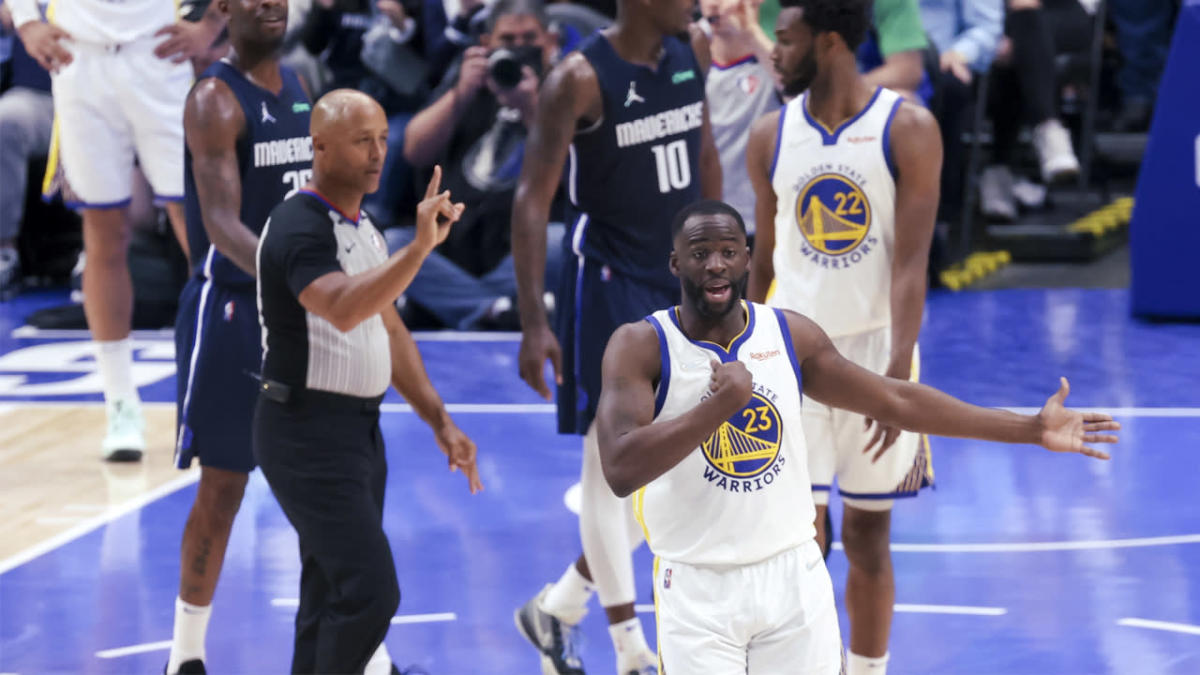 When Draymond Green disagrees with a name, he isn’t one to draw back from voicing his opinion on the court docket.

He did simply that on Sunday night time throughout Game 3 of the Warriors’ Western Conference finals matchup in opposition to the Dallas Mavericks after referee Marc Davis assessed him a backcourt violation through the second quarter.

With the Mavs up 37-31, Steph Curry tossed a go again to Green, who was close to midcourt. Before Green catches the ball, he seems to set his toes on the Warriors’ facet of the ground.

The play was deemed an over-and-back violation by Davis.

It was a questionable name at greatest, and Green let Davis — and the gang at American Airlines Center — realize it as he argued about it effectively after the whistle was blown. Moments later, Davis hit Green with a technical foul for his defiance.

As the Warriors went to timeout, the outspoken Warriors star had extra phrases for Davis.

In addition to the technical, Green had two private fouls by two quarters on Sunday, and the Warriors collected 12 in comparison with Dallas’ eight.

Following Game 2 of the Warriors-Mavs sequence on Friday, coach Steve Kerr stated Green performed with an excessive amount of emotion and was “overly engaged,” after receiving a technical within the second quarter and fouling out 28 minutes.

The efficiency even earned Green a bewildered look from Andre Iguodala, and Kerr emphasised the necessity for a bounce-back efficiency from the Warriors’ energy ahead on Sunday.

Green has each proper to defend himself after a debatable name, however Golden State wants him on the court docket and acting at his greatest if the crew needs to take a commanding three-games-to-none lead within the best-of-seven-series.