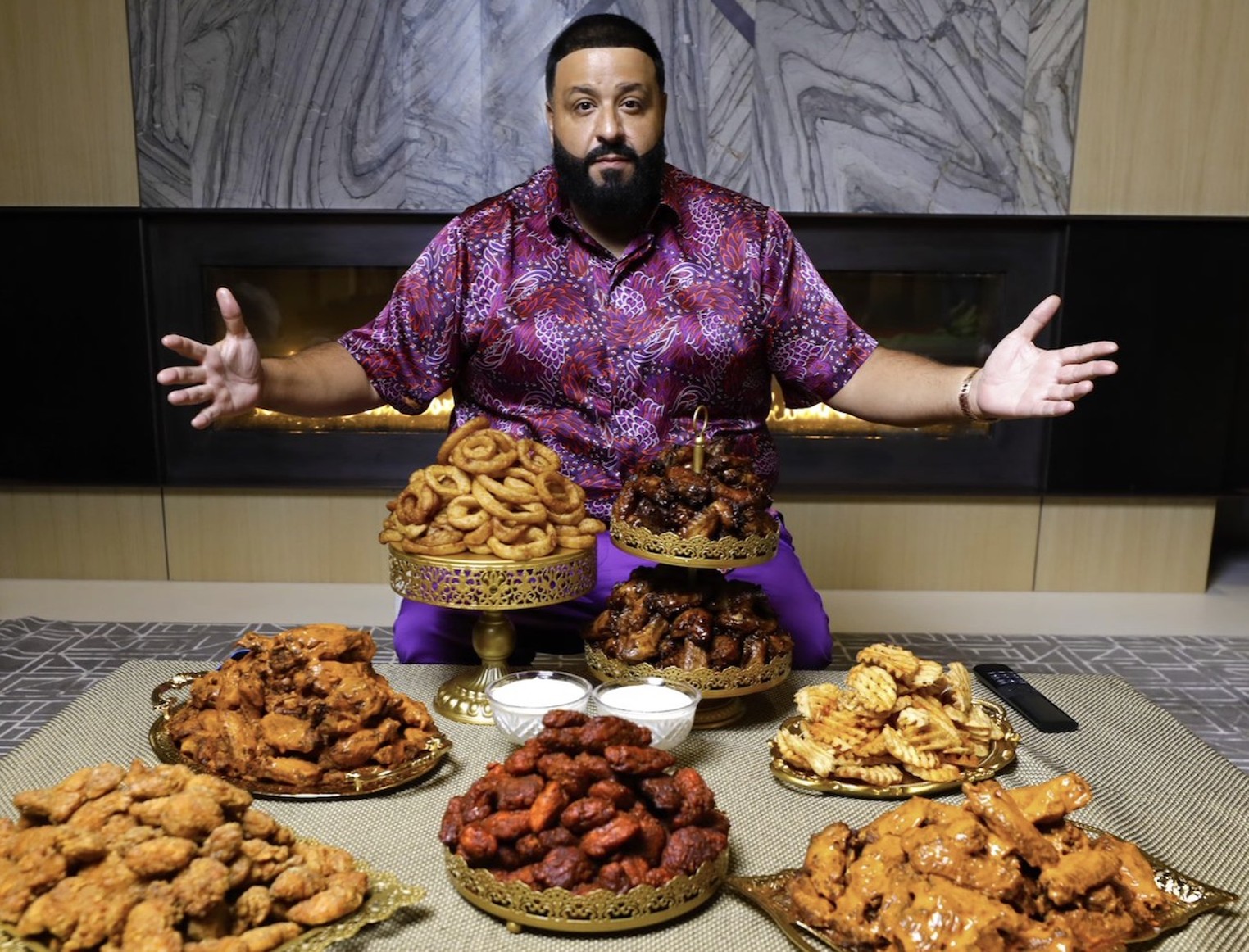 Khaled Mohamed Khaled — known to many as DJ Khaled — has something new to share with fans, and it’s not another hit pop song.

Maybe you know Khaled as a Grammy Award-winning artist and record producer, listened to the soundtrack he produced for Bad Boys For Life, saw his Rolling Stone cover, or heard him shout “We da best!” on the numerous multiplatinum tracks his company has produced in recent years.

Now, the producer is channeling his entrepreneurial spirit into a new industry, this time as a virtual restaurateur.

Earlier this month, Miami-based Reef announced its collaboration with Khaled on Another Wing, a delivery-only restaurant that specializes in bone-in and boneless chicken wings.

The brand is also laying claim to being the world’s biggest virtual restaurant launch in history. The new concept went live November 11 for delivery in three continents and five countries, including the United States, London, and Dubai.

“We decided to approach DJ Khaled with the idea of making history, since that’s what Khaled is all about,” Reef CCO Alan Philips tells New Times. “It’s the first restaurant concept to ever launch on three continents at the same time, with over 150 locations and growing.”

Another Wing is available for delivery in more than 30 cities worldwide via multiple platforms including Postmates, UberEats, and Grubhub. The menu features bone-in and boneless wings in seven signature flavors Khaled developed alongside his personal chef, Melissa Zuniga.

Khaled tells New Times the duo worked with the Reef team to develop new flavors, from the “Un Un Un Believable Buffalo” and “You Loyal Lemon Pepper” to the “Suffering From Success Sesame Teriyaki” and “They Don’t Want You To Win Truffalo,” which combines black truffle, Parmesan cheese, and Buffalo sauce.

But what makes these the best chicken wings, according to Khaled? “It’s all about the cooking process,” he says.

“My preference is a combination of a sous-vide and a fry,” he explains. “When those wings come out steaming hot, I like them sauced and served quickly. The meat should be falling off the bone, and the skin should be crispy. A perfect wing is a blessing.”

Customers can order bone-in or boneless chicken wings in boxes of six to 20 pieces or choose from combos like the ten-piece “All I Do is Wing,” served with fries and a drink, or the 30-piece “Major Bag Alert,” which comes with two sauces, as well as sides, drinks, and dessert.

Another Wing by DJ Khaled. anotherwing.co. Delivery only.