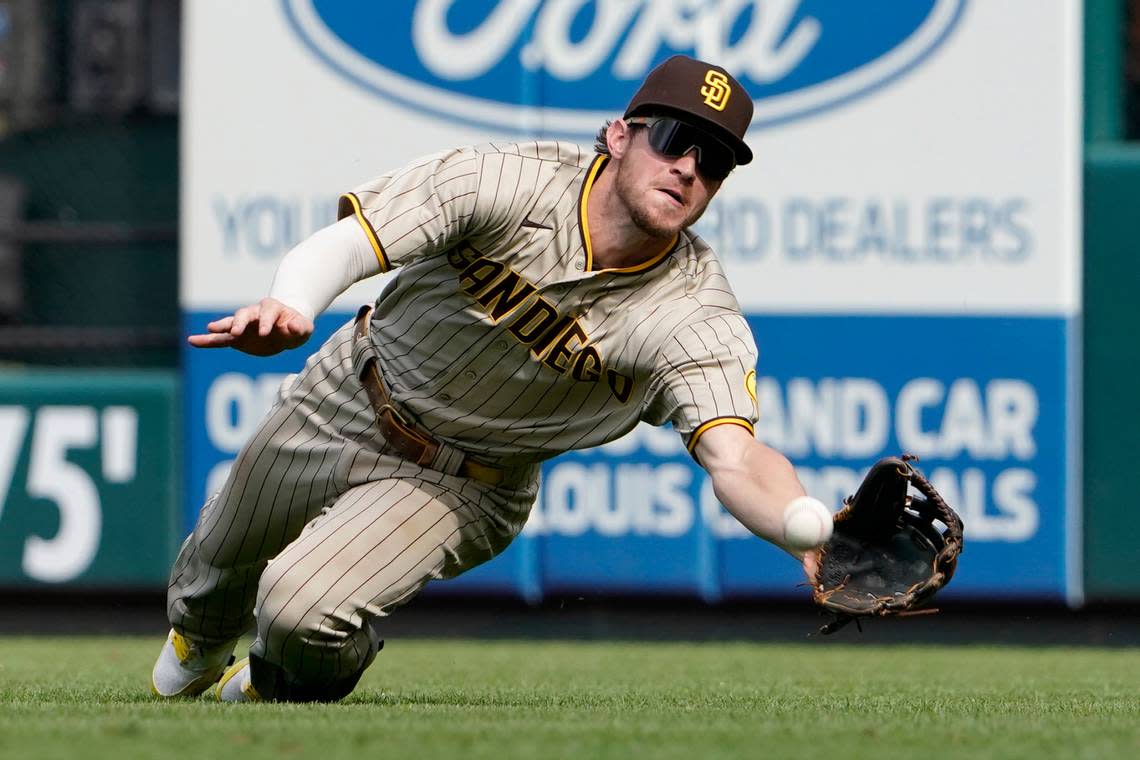 Wil Myers is scheduled to make $22.5 million next year to play outfield and first base for the San Diego Padres.

All that money, however, could not buy him tee times at Carmel Country Club.

While Major League Baseball may be shut down in the coming weeks by a labor dispute between team owners and players, the 30-year-old Myers, who spends his offseasons in Charlotte, now finds himself embroiled in a legal brouhaha involving a different sport — golf.

Carmel, one of the city’s best known private golf clubs, has taken Myers to court, claiming that the Thomasville native and his wife, Margaret, owe $64,000 in initiation fees from their brief and unhappy club membership in 2020.

The Myerses have counter-sued, accusing the club of hiding just how hard it is to get a tee time on Carmel’s two courses, particularly on weekends — even for a 10-year major league veteran who carries a 2 handicap. The couple, who live in Myers Park, is calling for more than $150,000 in damages.

Reached by phone Tuesday, Myers did not comment on the case.

Neither the club’s attorney, Lisa Godfrey of Charlotte, nor the couple’s, Charles Brooks II of Monroe, responded to an Observer email seeking comment Monday.

Myers’ agent, Jeff Berry of Nashville, Tenn., a UNC Charlotte graduate, also did not respond to an Observer phone call Monday to discuss the case.

Myers and Carmel seemed like the perfect match. Both appeared to be entering their primes.

On its website, the 70-year-old Carmel anoints itself as “the foremost family club of the Queen City.” It has spent millions in recent years on upgrades to its two golf courses, clubhouse, kitchen, pool and other amenities.

While it doesn’t have the national reputation of Quail Hollow Club or the old money panache of Charlotte or Myers Park country clubs, Carmel does have the members — about 1,000 and counting, with a waiting list of 120, according to a longtime member who asked not to be named.

Flush with new money last year, Myers needed a new place to play golf, claiming in his court filings that tee times at his former club had become too difficult to get.

When Myers joined Carmel, the initiation fee was $80,000. Under the club’s installment plan, Myers put down $16,000 in April 2020 and was obligated to make identical payments on his next four membership anniversary dates to square his account. The couple also agreed to pay monthly dues of $760 plus a dining service charge of $40.

Except, through no fault of his own, Myers’ timing was all wrong.

He joined Carmel at the outset of the COVID-19 pandemic, which shut down schools, businesses and leisure activities all over Charlotte and the country — including most of the Major League Baseball season that year. But it led to a record-breaking surge in the popularity of golf, an outdoor sport.

In the United States, the number of golfers grew by 500,000 to 24.8 million in 2020, the largest net increase in 17 years, according to Golf Digest. New players and lapsed golfers returning to the sport after years-long absences also reached all-time records.

Carmel was no different. The demand for tee times, already competitive, grew “tremendously,” the longtime member told the Observer. Weekend tee times remain a weekly scramble, with members trying to nab one starting between 72 hours to a week out, depending on the course and the size of the group.

According to Myers’ counter-claim, all of this came as an unpleasant surprise. He said he joined the club after being assured that there were ample tee times available on both of Carmel’s courses. Instead, according to his court filing, Myers “found it almost impossible to find a tee time and frequently could not even use the driving range.”

He and Margaret resigned their membership in December, telling the club that they had been duped into paying for golf privileges that they couldn’t enjoy.

The club responded by citing the provisions of the Myerses’ membership contract and billing them for the $64,000 initiation balance, with a due date of Dec. 31, 2020, and some $785 in outstanding golf shop purchases and overdue charges. Carmel sued last March.

Myers fired back in June, claiming in his countersuit that he and his wife had been victimized by Carmel’s “knowing misrepresentations and omissions” which his complaint described as “immoral, unethical and unscrupulous.”

Carmel has denied the allegations, saying that the Myerses have to live with the provisions spelled out on the membership contract they signed. In its response to the counter-claim, the club also noted how the pandemic “immediately and overwhelming altered the lifestyles and available leisure activities for all members of the club.”

The dispute is scheduled to go to trial in February — the second anniversary of Myers’ application for a Carmel membership and the point on the calendar when he’s normally packing for spring training.