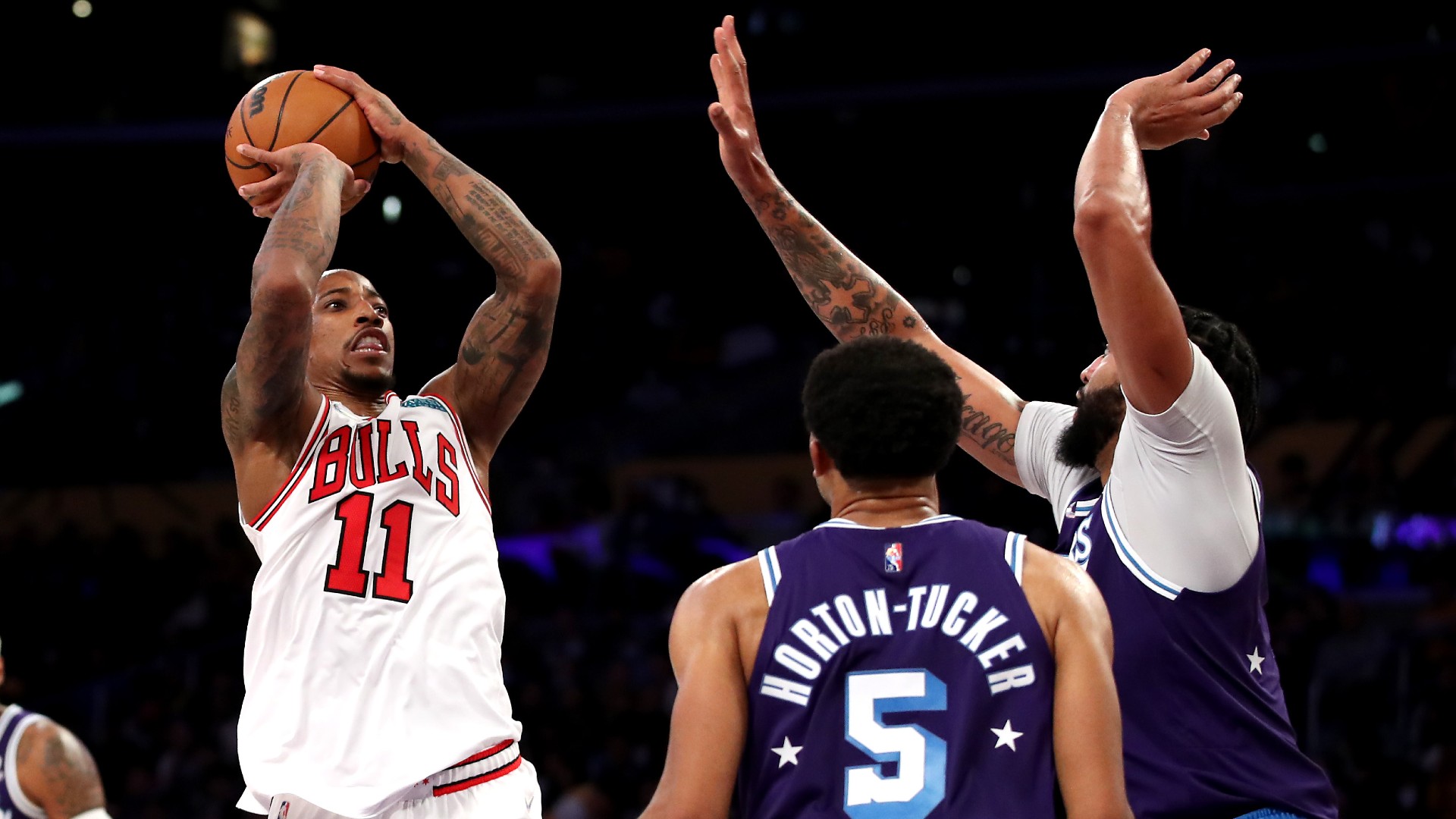 The Lakers’ offseason interest in DeMar DeRozan wasn’t much of a surprise. There had been reporting connecting the four-time All-Star to Los Angeles as far back as November 2020, and after a disappointing season, the franchise was looking to make roster upgrades.

One thing that may not have been common knowledge was just how close DeRozan came to wearing a purple and gold jersey. In an interview with Yahoo Sports’ Chris Haynes, the four-time All-Star revealed that he believed he was heading to LA as part of what would have been a sign-and-trade agreement between the Lakers and Spurs.

After the Lakers pulled the trigger on a Russell Westbrook trade, DeRozan ended up joining the Bulls as part of a sign-and-trade deal. The 32-year-old has thrived alongside Zach LaVine to start the 2021-22 campaign, averaging 26.9 points, 5.4 rebounds and 4.1 assists per game while shooting 51.0 percent from the field and 37.1 percent from beyond the arc. Entering Wednesday’s games, the Bulls own the second-best record in the Eastern Conference (10-4).

Westbrook, meanwhile, has struggled in his attempts to lift the Lakers. His scoring and shooting numbers are down from last season, and he is leading the league in turnovers. Los Angeles has been treading water with LeBron James sidelined by an abdominal injury and finds itself sitting seventh in the Western Conference (8-7).

MORE: DeRozan is looking like the perfect fit with Bulls

Despite the early success, DeRozan isn’t going to take a shot at the Lakers for picking Westbrook instead of him. He told Haynes that it’s “hard to turn down that caliber of player.”

“I can’t speak for the Lakers, but they went with what they felt was best for them,” DeRozan said. “And all due respect to them. No hard feelings. No animosity, but I just look at it as part of the game. A deal is never done until it’s done. I learned that. It just didn’t work out. I’m just happy I’m in Chicago.”

Of course, there’s really no need for DeRozan to say anything at this point. The numbers speak for themselves.