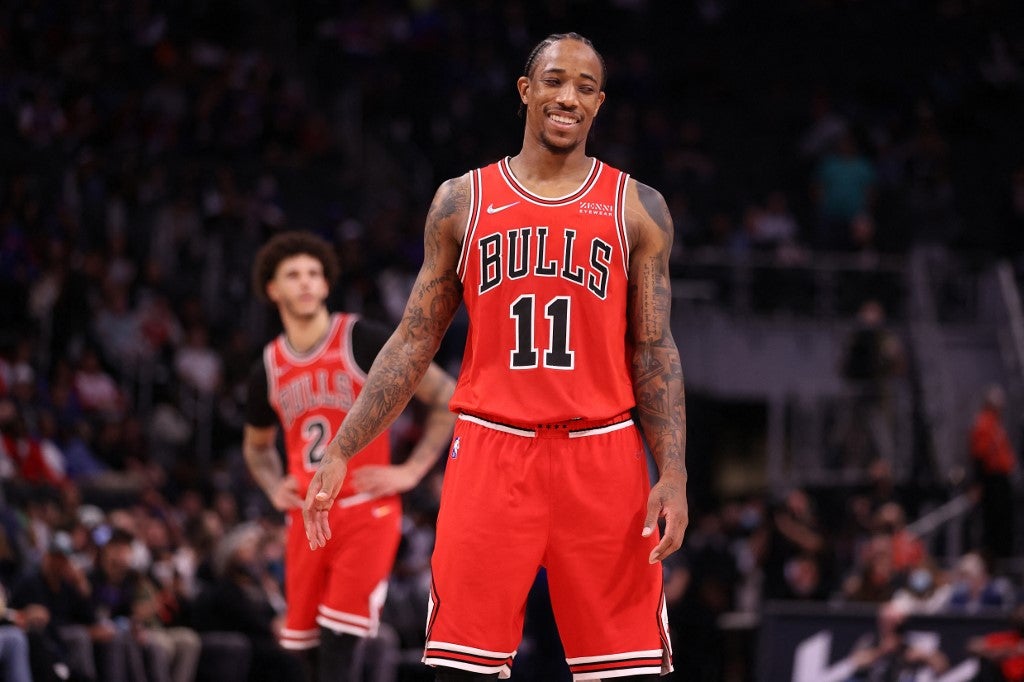 DeMar DeRozan scored a season-best 38 points on 15-of-23 shooting and Lonzo Ball also established a season high with 27 points as the visiting Chicago Bulls halted an eight-game losing streak against the Los Angeles Lakers with an easy 121-103 triumph on Monday night.

It was the second huge outing in two nights for DeRozan, a Los Angeles-area native playing at the Staples Center for the first two times since the death of his father earlier this year. DeRozan poured in 35 points on 12-of-16 shooting in Sunday’s 100-90 win over the Los Angeles Clippers.

Ball matched his season high of seven 3-pointers and was 10 of 13 from the field while also contributing eight assists and seven rebounds for the Bulls. Zach LaVine knocked down six 3-pointers while scoring 26 points and Derrick Jones Jr. scored 13 points on 6-of-7 shooting for Chicago, which beat the Lakers for the first time since registering a 118-110 road win on Nov. 20, 2016.

Talen Horton-Tucker scored a career-high 28 points and Russell Westbrook recorded 25 points, eight assists and six rebounds for the Lakers, who are just 8-7 despite opening the season with 12 of 15 at home. LeBron James (abdominal strain) sat out for the seventh consecutive game.

Anthony Davis had 20 points and six rebounds before drawing his second technical foul with 2:20 left in the third quarter to earn an ejection.

Los Angeles shot 45.6 percent from the field and was a porous 6 of 32 from behind the arc.

The Lakers trailed by six less than two minutes into the third quarter before Chicago put the game away with a 33-14 explosion.

Davis made two free throws with 2:43 left for his final points of the night as Los Angeles trailed 83-66. The Bulls scored nine of the next 10 points with Tony Bradley’s layup pushing the lead to 92-67 with 1:14 remaining.

Chicago led 94-73 entering the final stanza and Ball’s seventh 3-pointer pushed the margin to 26 with 5:40 remaining as the Bulls ended their struggles against the Lakers in convincing fashion.

DeRozan scored 22 points in the first half and LaVine added 17 as the Bulls held a 57-48 halftime lead.