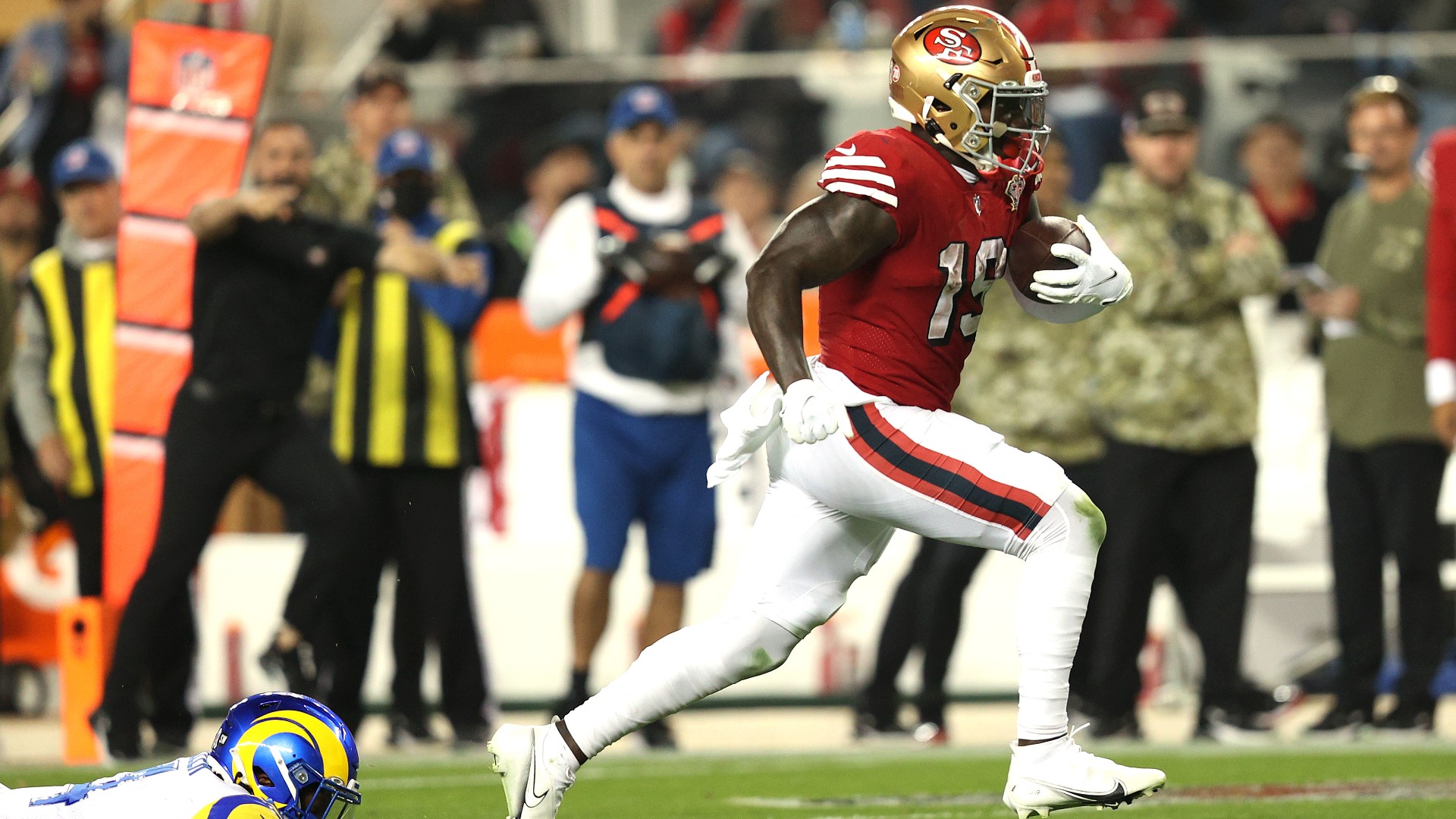 Deebo Samuel was spotted wearing a big chain on the sidelines during the 49ers’ 31-7 win over the Rams on “Monday Night Football.”

Samuel put the chain on in the fourth quarter after a smooth touchdown catch. He broke over the middle of the field, caught a ball and split two defenders on the way to the end zone during the play.

So, what does that chain mean? Samuel explained the necklace’s origin story after the game.

“The necklace came from [Jason Verrett],” Deebo told reporters. “He kind of got it for the team. Whenever you make a play, you put it on. So that’s where it kind of came from.”

Verrett was a starting cornerback for the 49ers last season, but this year he fell victim to a torn Achilles and will miss the season. Apparently, the playmaker chain is a way for him to stay involved with the team.

It makes sense that Samuel would be sporting the playmaker chain. He was the most dynamic threat on the field Monday night. He caught five passes for 97 yards and a touchdown and also racked up 36 rushing yards and a score on five attempts.

Still, Samuel stayed humble despite his performance. He even credited Jimmy Garoppolo for the throw that set up his chain-winning play.

“Just the fourth-down play, we called in-breaking route and it just popped wide open as you can see, Jimmy made the right read and it turned into a touchdown,” Samuel said.

Deebo will hope to continue to live up to his nickname — which stems from the bully from the 1995 movie “Friday” starring Ice Cube — and beat up opposing defenses as an all-purpose threat. He is averaging 115.4 scrimmage yards per game this season and is second in the NFL in receiving yards to only Cooper Kupp.