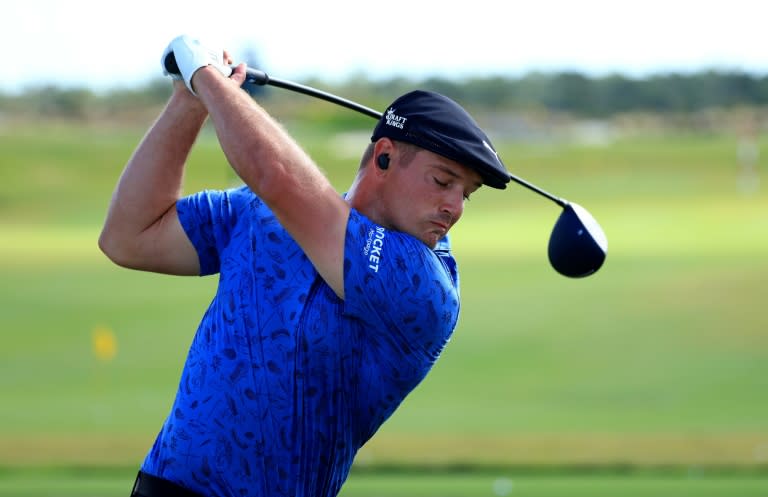 Bryson DeChambeau fired an eight-under par 64 to seize a one-stroke lead over a trio of US compatriots after Friday’s second round of the 22nd Hero World Challenge.

DeChambeau, last year’s US Open champion, made 10 birdies and a double bogey to stand on 11-under 133 after 36 holes in the 20-man invitational hosted by Tiger Woods at the Albany resort in the Bahamas.

World number seven DeChambeau opened with a birdie, added back-to-back birdies at the par-5 sixth and par-4 seventh, then reeled off runs of three birdies in a row starting at the par-5 ninth and again at the par-4 13th.

DeChambeau, however, found waste area bushes left of the fairway at the par-4 16th and took a double bogey.

“Just keep playing golf. Nothing more,” DeChambeau said of his thoughts after the setback. “Frustrated obviously but nothing I could do. I pulled the drive. It went into a bush. Had to move on.”

The 28-year-old American, whose only 2021 title came at Bay Hill in March, birdied the par-3 17th and closed with a par.

But it was not to be as Koepka couldn’t match him for the lead.

Koepka birdied the par-5 third and par-4 fourth and added another at the seventh before taking a bogey at the par-3 eighth. He began the back nine with a birdie and added birdies at 14 and the par-5 15th on his way to a 67.

“Very pleased with how I’m playing,” Koepka said. “I just need to keep doing that.”

Morikawa, who will play alongside DeChambeau in Saturday’s final duo, would overtake Spain’s Jon Rahm for world number one with a victory.

“It’s a huge bonus but I’ve got to focus on the win,” Morikawa said. “I’ve put myself in a good position after the first two days but I’ve got to keep the focus up and make a couple more birdies.”

Morikawa, who got engaged earlier in the week, opened and closed the front nine with birdies with another at the fouth in between.

But at 18, Morikawa’s tee shot landed behind a small bush right of the fairway and he closed with a bogey to shoot 66 and fall from a share of the lead.

“When I put myself in the fairway, I was making the birdies,” Morikawa said. “It was kind of an up-and-down day.”

Finau birdied the par-5 third and sixth as well as seven but began the back nine with a bogey. He answered with birdies at the par-3 12th plus 14 and 15 and closed with the first birdie of the week at the 18th.

Four-time major winner Rory McIlroy, a co-leader after shooting 66 on Thursday, fired a 71 on Friday to stand four off the pace. He opened and closed the front nine with bogeys, added another at 18 and made double bogey at 14 after rolling a putt off the green.